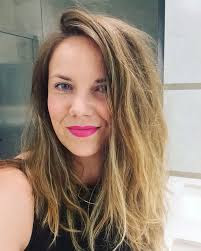 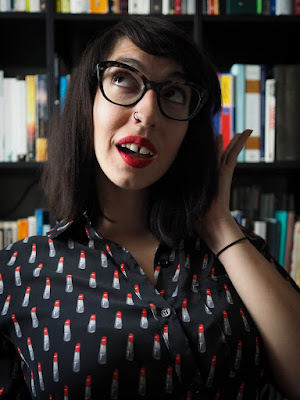 Dani Spinosa is a poet of digital and print media. She has published three poetry chapbooks with No Press (Glosas for Tired Eyes, Chant Uhm, and Incessantly) and two with above/ground press (Civilization and Glosas for Tired Eyes Vol. 2) and her first scholarly manuscript, Anarchists in the Academy: Machines and Free Readers in Experimental Poetry, was published by the University of Alberta Press.

A: Ah, this question always makes us a bit sad. We’ve been publishing since the summer of 2017 and what got us started was several months of throwing around the idea, and chatting about it, and thinking up ideas, and then we got one massive push from the late, great, incomparable, and dearly missed Priscila Uppal, who wanted a run of chapbooks made for the poems in her SummerWorks play, What Linda Said. We did those and then three more chapbooks by the most incredible first season we could have asked for: Adeena Karasick, Margaret Christakos, and Canisia Lubrin. And with the support of all these beautiful and fierce women, we grew and grew into the gorgeousity of Gap Riot Press. Our mantra lately is “burn it down, but make it fashion” - we seek to publish work that ignites, dismantles, unsettles, and does it with undeniable style.

A: We have only exhibited once at the Ottawa Small Press Fair, and it was awesome. And don’t even get us started on the free coffee! We always get so much energy from doing fairs! The Ottawa one was great too because the fairs we go to tend to be Toronto-centric, so it was great to see how a different geographic area unearths some great presses we’ve heard about but had never met. It was certainly a different experience than the, um, fair we exhibited at in the fall that was senselessly surveilled by the police outside (reason number 1,426,889 to #defundthepolice), but it was splendid and we are looking forward to doing it again!

Q: Would you have made something specific for this spring’s fair? Are you still doing that? How does the lack of spring fair this year affect how or what you might be producing?

A: We don’t tend to make things specifically for fairs, but we just released our fifth season of chapbooks, so it would have been awesome to debut those at the fair! We publish biannually, in the fall and spring-ish, and so fairs don’t have a lot of sway in the way we produce. 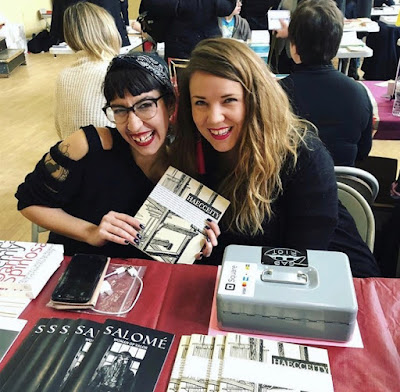 A: We are ALWAYS pushing against the silences - Gap Riot was born out of the need for shouty, unapologetic amplification. And, as white women, we’re trying to do that in a way that decentres ourselves; for us, this work is about uplifting other voices and giving space to folks to try stuff on and play. Mostly, things have been business as usual throughout the pandemic: we are announcing our books through social media, and selling our books online through our website. We’re shipping them in big batches and wearing masks to the post office (solidarity, btw, with postal workers who just a few weeks ago, finally got their collective agreement after two freakin’ years of bargaining and arbitration). We’re missing the face-to-face interaction of readings, launches, and markets like the Ottawa Small Press Fair. And, we’re also working on a shipping fee calculation learning curve; in the first few days of our Season Five books being released we grossly under-calculated shipping and lost a ton of money that way. Whoops! You live, you learn, as Alanis says.

A: We’re actually in the planning stages for a virtual launch to celebrate our fifth season right now, but neither of us are the biggest Zoom fans (too many work meetings!) and neither of us has a ton of spare time these days (too many work meetings!). We’re working on other ways to advertise these books and support our authors, particularly because (as we make clear every chance we get), we pay royalties to our authors, and for the month of June we’re donating 20% of our sales to BLM Toronto. Most of our connection to the literary community is on social media.

A: We work with a fabulous printer, David over at Product Photo, and he’s been lovely. There are sometimes stock items he’s not able to get, but because he’s a small printer he’s been able to get our stuff printed beautifully and quickly and we’re so grateful! Other than somewhat limited paper stock, though, we’ve been more or less business as usual. We’ve been pretty happy with our shared production model because it allows us to collaborate with and support other independent folks (this season we also paid an editor and artist to work on Terese Mason Pierre’s luminous chap, Manifest).

A: OH, you are not even ready for this. We just released our fifth season of chapbooks with four stunninggg new works: Franco Cortese’s of faulthers, which is a fabulous experimental work on embodiment and language, on fatherhood and sex and bodies; Ashley Hynd’s Entropy, which is a sprawling merger of visual poetics and confessional lyric poetry that navigates us uneasily through those post-break-up doldrums; Zoey Morris’s A Performance of My Ecstasy, which is a theatrical collection of poems that uses the metaphor of wildlife from the poet’s home state of Kentucky to discuss the complicated tensions of sexual pleasure and sex work; and, Terese Mason Pierre’s Manifest, a stunning work of speculative poetry that insistently inserts afrofuturism into a dystopian future. They are all gorgeous, and they’re all $10.00 each plus shipping, and you can shop them and our previous seasons at www.gapriotpress.com/shop

A: Breathing. Gardening. We’re taking a bit of a break after releasing our fifth season (though we did just send several books into a second printing) and focusing on supporting our authors and getting the word out. We’re trying to sell out a second run, y’all. But, we’ll start reading for our sixth season in late summer/early fall and we’ve got some other surprises in store. We’re also taking some time to revisit our goals for the press, and make more room for people we all need to hear more from to join us in this work. Follow us on Twitter @GapRiotPress for the latest news from your girls. We’re cooking up some ferocity.