I’ve sat down to compose “on writing” many times over the past while, trying to come up with something insightful or purposeful about my own process — but I’ve come up short each time. The unremarkable truth is that I approach everything like a pop song.

I moved to Canada from Romania at age five, English-less. Language was an enemy, a spring of anxiety and insecurity. My reprieve was sitting in the back of my parents’ Chrysler, listening to late 90s hits, hanging on to melody and rhythm in lieu of semantics. It calmed me to hear something as scary as language packaged in a familiar and non-intimidating structure. I could feel Celine Dion’s sadness in “My Heart Will Go On” even though I thought she was singing something about Hercules (?). This (in)experience of words washed into the rest of my life. Before I really started to understand the English bouncing on, off, and around me, I heard it — waves of sound bopping rhythmically and melodically all over the place.

Years later,  having discovered poetry, my process remains sound-based — some sort of linguistic calamity banging around my head to convey an emotion I can’t name. After the storm, I try to rearrange the sound into something semantically and/or visually coherent. As a partial result, my writing is a strangely sincere fib: biased in its interpretations and re-expression of events and emotions, and detached in language — in the direction the language takes its own damn self. I’ll think a phrase fits the intonation and rhythm of an emotion, but the phrase is a lie. It’s something I heard on the metro, at work, in a podcast; I cut-and-paste it into the bass-line of a poem about lost love.

My impression of the whole event aligns in part with Wordsworth’s, his view of poetry as a “spontaneous overflow of powerful emotions.” At the same time, my struggle with the slipperiness and elusiveness of words once had me partial to Barthes’ whole “Author is Dead” conspiracy. I really enjoyed that idea for a while, being dead. It absolves all responsibility. I’d write something obscure, and let the reader’s interpretation take it where it may. You don’t like what I said? Fooled you! there’s no “I”! it’s all on you! language is a mess!
Eventually, I came to understand the importance of accountability and intentionality, and of language as relationship, not as screaming into the void. Like any relationship, it takes a lot of work. I’m taking steps to combat my lifelong fear of meaning and the creative ways I’ve beat around it. My writing now comprises a balancing act between harnessing the arbitrary rhythm of words and an accountability to the meanings they hold in the world, their histories, and where I’ve borrowed them from.

Whether Celine’s singing about Hercules or Jack Dawson, it’s still liable to make me cry. My poetry — like a pop song, like a traditional Medieval ballad —  aims to translate specific experiences into relatable universals, hopefully with new subtlety. In some way, these words are mine. In some way, they’re yours. We share them. More than anything I hope they can be a good enough soundtrack in this moment — for both of us. 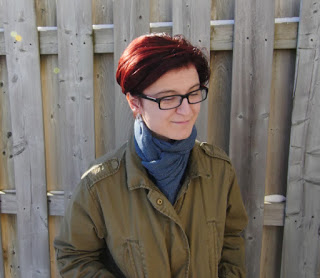 Simina Banu is a Canadian poet. She is an outsider investigator of the oddities that inhabit the English language—from its strange punctuation, to its accidental musicality, to its meanings, unconfined by the structure of words, wandering and irretrievable. Her poetry has been featured in journals such as filling Station, The Feathertale Review, In/Words Magazine, untethered, and Otoliths. In 2015, words(on)pages press published her first chapbook, where art.