Kalamalka Press is pleased to announce the release of Angeline Schellenberg’s Dented Tubas, winner of the 2018 John Lent Poetry/Prose Award. Schellenberg is no stranger to literary accolades, her first book-length poetry collection, Tell Them It Was Mozart (Brick Books) won the Lansdowne Prize for Poetry, the Eileen McTavish Sykes Award for Best First Book, and the John Hirsch Award for Most Promising Manitoba Writer. Her writing has also appeared in numerous magazines, journals, and websites across Canada, and has been shortlisted for Arc Poetry Magazine’s “Poem of the Year.”

2019 Call for Entries to the John Lent Poetry/Prose Award

With the deadline quickly approaching, we’re now accepting chapbook-length collections of poetry, short fiction or hybrids thereof for our eighth annual John Lent Poetry/Prose Award! Entrants should be in the early stages their writing careers, having not published more than two full-length books. The winning work will be published as a limited edition chapbook by Kalamalka Press, designed by Jason Dewinetz and printed by Writing & Publishing students in The Bunker, Okanagan College's Letterpress Print Shop.

Submissions must be postmarked by June 15, so head to the website to get all the details!
http://www.kalamalkapress.ca/john-lent-award.html

* * * * * *
BITE HARDER PRESS
Bite Harder Press is pleased to announce the release of its first fine press chapbook edition, Contusion. Contusion is a collection of poems from Sylvia Plath’s Ariel that play with the concepts of bruises and wounds in their imagery. This theme is echoed in the styling of the chapbook itself, which features unique, hand-painted blue and purple watercoloured covers on St. Armand Morseby paper. The poems are letterpress printed into handmade Khadi paper and are set in Garamont cast by Jim Rimmer. The edition is limited to 50 copies and is currently selling for $50.00 a piece.

Additionally, Bite Harder Press is having its first call for submissions. The press is looking for poems for its broadside series entitled The Feral Broadsheets. Poems should interact with the notion of ferality (not quite tame, not quite wild) though this theme can be broadly interpreted to mean a state of being in between. The author, in exchange for their work, will receive five of the letterpress-printed broadsheets to distribute, retain, or sell as they wish (edition is to be determined but likely around 60 copies). More information and instructions are available on our blog at https://biteharderpress.com/

Posted by rob mclennan at 1:05 PM No comments:

On writing through the wound
Amy Lauren


Years of tutoring from friends, football coaches, and professors could not solve the way my brain scrambles numbers. Until I said my final goodbyes to math after college, the subject was always a painful one. People often assume math skills on my part because I’m a professional musician, and musicians are supposed to be good at math, they insist. Sure, the two subjects intersect, and even a basic chord involves mathematical concepts. Those are truths with which I play, express, and improvise on a daily basis. But as much as I can approach mathematical principles, I’ll never be able to work with numbers. The explicit, objective language of math eludes me, a young woman with a graduate degree who has had to blushingly count on her fingers in front of her boss. As it turns out, she could never quite escape numbers.

In college, ever the cliche, I was no less a mental health disaster than any other music student. This was in the Deep South, and when a lesbian at a religious college complains of excess worry and sadness, well, nobody thinks to look any deeper than that. The problem is plainly visible, staring you in the face with sunken cheekbones from sudden obsessive weight loss. Numbers, and all that.

In the wake of traumatic events, faded collections of images holed up in my cells, resurfacing uncontrollably when I tried to eat or sleep. Thankfully, it’s not so severe anymore. But if you ask me to recall the details of my trauma, like "what exactly happened," memory fails and words escape. It is the same helpless feeling as when I try to copy down a phone number and write a 6 where a 9 belongs. I’m reaching for something I can’t grasp, like reaching into a wound and expecting to pull out a date and time.

But you came to read about writing, and here I am talking about trauma.

Writing poetry allows us express mysteries that we cannot articulate in plain terms. Nobody reads a poem to be told outright, “There is both beauty and sadness in the world.” Where’s the proof? But when you see two boys examining bones in the forest, the clues they unearth about the crime scene point toward the broader truth. Nobody reads a poem to be told, “Some things are too tough to be killed” with a line break here or there. But when you see the alligator crawling back from the edge of extinction and moss unfurling over an abandoned shack, then you may feel some approximation of the truth.

So writing poetry is like doing math. “Pi” is a number that is infinitely more than a number, but if even if we could know all its digits, the concept is still better expressed by a simple circle. Math and poetry both work from the same ideas of logic, of economic precision, of man-made languages. Both explain the universe with the help of our own imaginations to fill in the gaps, the unknowns.

There are many ways to suss out truth or, at least, pieces of it. Poetry does not demand explicit recounts of emotions, experiences, and stories, which perfectly suits the PTSD survivor who doesn’t remember what has happened to her anyway. Instead, she can point you to the ruler, the raised voices, the textbook slammed down on her knuckles. Then, the poet can solve a problem or beg a better question. Even an awkward first draft can at least prove a connection where she may have forgotten one existed. 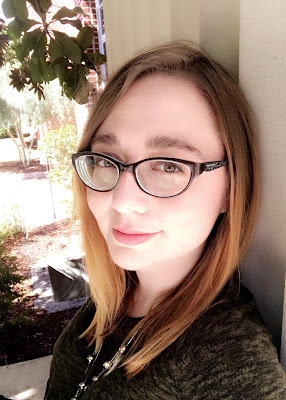 A graduate of Mississippi College, Amy Lauren was a finalist for the 2019 Tennessee Williams Poetry Prize. Her chapbooks include Prodigal, God With Us, and She/Her/Hers. Her poems have appeared in publications such as The Gay & Lesbian Review with four Pushcart Prize nominations. She lives in Florida with her wife.
Posted by rob mclennan at 10:00 AM No comments:

Email ThisBlogThis!Share to TwitterShare to FacebookShare to Pinterest
Labels: Amy Lauren, On writing

On Writing and the Self
Lydia Unsworth

past moments old dreams back again or fresh like those that pass or things things always and memories I say them as I hear them murmur them in the mud
SAMUEL BECKETT, How It Is

As with walking, there is only one place from which to begin, that being wherever your feet happen to be. I rise from the folds of my interior, a consciousness that began as a seed and expanded into this. Into hands that tap on a computer screen, attached to a torso that belongs to its environment, a head that is habitual and formed by how it is received.

My command, if I have command, comes out of this body, my ability (thus far) to persist. This body lives with me and I with it. You get used to each other. You familiarise yourself with your set of limitations, real, imagined, affected, believed in, and wriggle a little inside your veil of skin.

I am one hundred cats inside a soundproof cube with a hairline leak. Those cats disagree, fight, both with themselves and with each other, change their minds, howl, die, come back to life. I can’t see outside these walls, not with any clarity, not with all this noise in here.

The exterior feeds in, becomes the surrounding fields. A whine overhead, a newspaper headline, advertisements, words of wisdom, the glass shattering in a car window and the sirens that geyser from the scene. Imagine an already damp cloth sprawled out across the table, lapping up the spreading sea.

I’m a venus-fly-trap munching on my own leaf. From the lockjaw of iteration comes a kind of release. An ability to make certain movements, to walk a person through the rooms of one’s house and illume the debris.

Curtains of static and association filter the impressions coming in. You tune the station, fiddle with the channels. Catch a breath of pure oxygen, a swift in flight past an old barn beam.

Walls of tiny metal beads, like ball bearings, rain down in all directions. Each bead carries a small image, a sentence remembered, a name from the deep. And your body charges past, heading for the glimmer of light flickering off some stranger’s watch face as their feet scuff the threshold of the door as they leave. Beads in disarray, metal fragments reverberate like hail, the birdsong of disruption falling back into place. A nearly, a helix of just-missed steam.

Everything detours this way, for a second, a year, a day. And, as with walking, you grab whatever is within reach. Pick up a pebble on the beach. Pass it from one hand to another, admire its curvature, estimate its weight. Do you need it? Can you put it on a shelf? How long should that shelf be?

You juxtapose one thing with another, like a bower bird lining a nest. You select, compare, reconsider, throw away. You turn a thing over, pick at it, chisel. A slab of intensity, finessed, is left to harden. Complete, you step outside, and dance your ridiculous dance in front of the resultant array. 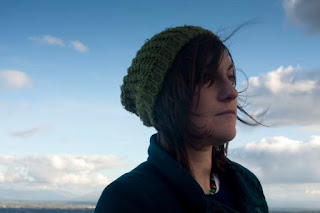 Lydia Unsworth is the author of two collections of poetry: Certain Manoeuvres (Knives Forks & Spoons, 2018) and Nostalgia for Bodies (2018 Erbacce Poetry Prize winner). She has two chapbooks forthcoming in 2019 from above / ground press and Ghost City Press. Recent work can be found in Ambit, Litro, Tears in the Fence, Banshee, Ink Sweat and Tears, and others. Based in Manchester / Amsterdam. Twitter@lydiowanie
Posted by rob mclennan at 10:00 AM No comments: