My father lifted his own eulogy from Jacques Derrida. A few weeks before his death, he called me to solicit writing to be read aloud at his funeral. He was moved by the first text I shared with him over the phone: a brief eulogy Derrida composed in anticipation of his own death (to defend others, Derrida said, from the torturous “ordeal” of writing in the wake of loss). Always prefer life and constantly affirm survival. So my father asked me if he could copy the entire thing, and then proceed as if he had written these words as his departing address. I love you and am smiling at you from wherever I am. This must have been the final thing he would ever ask of me. A wish, dying, belated as ever, to be at a loss for words upon – and in advance of – your own death.

This rather absurd instance of falsifying one’s own self-eulogy is made all the more bizarre not merely by the reality that my father never read and was unfamiliar with philosophy, but by the sheer headache-inducing irony of the source in question. We might go on, yes, about the future anterior and the logic of iterability with its iter and itara that cathedralize this scene (to write is to die a living death, and so on). And yet there’s an attendant question between grief and citation I want to pursue here that follows from my father sampling Derrida (and really letting that track play out, perhaps, for a little too long).

What I am moving toward is a claim I suggest is pivotal to a pulse within contemporary poetic production: poetry is at a loss for words. While hyperbolic and glib, this contention intensifies and compounds Marjorie Perloff’s thesis that originality is maxing itself out in the digital age as genius survives the exhaustion of inventio by choking language of its direct expression. Put differently, many twenty-first century poets have renounced language’s capacity to infinitely express original utterances (a commitment that underpins both language poetry and lyric poetry). Poets have begun to seize, instead, upon Walter Benjamin’s literary montage, his “I needn’t say anything” (460), that puts rags and refuse on full display by writing through, within, and against other texts. For Perloff, Benjamin anticipates “the turn writing would take in the twenty-first century, now that the Internet has made copyists, recyclers, transcribers, collators, and reframers of us all” (41).

The difficulties implicit in such a turn, however, can be rehearsed like a litany. The first is philosophical. Writing is necessarily a writing through the voice of the other that precedes and exceeds us while also being, from the first instant, subject to cutting, grafting, citation, falsification, and corruption. The second is largely historical. To announce such a turn risks lapsing into a presentism that blinks myopically at the many modes of “writing through” that are the very tissues of literary histories whether originality and authorship are within the domain of the sayable or not. The third is formal. The so-called deaths of expression, the lyric, and the fragment are not that compelling of wagers to place. Poetry, as Sina Queyras argues, can be lyrical and also conceptual. The fourth is political. Conceptual poetry is often irrigated by a “post-identity politics” that flattens social difference and escalates what Cathy Park Hong calls, echoing James Baldwin, the “delusion of whiteness” in its drive to “casually slip in and out of identities…when there are those who are consistently harassed, surveilled, profiled, or deported for whom they are” (Hong). Hong identifies a certain voluntarism that often infuses constraint-based writing and neglects the entanglements of race, settlerhood, sexuality, gender, able-bodiedness, and class. All language necessarily constrains to different degrees and at different intervals, but these constraints are asymmetrically distributed and interlocking.

These complexities do not contradict that there has been a palpable shift in contemporary poetic production. On the contrary, these critiques establish at the outset four co-implicated pressure points that raise the philosophical, historical, formal, and political stakes of reading and composing writing that steals, lifts, collects, resituates, tarnishes, pulverizes, minimizes, heaps, cuts, and hoards.

And so my question. If contemporary poetry is thus at a loss for words, then something arresting happens when grieving from beyond, across, and below the word: the idiomatic phrase “at a loss for words” attains a second power. It’s commonplace to say that one is at a loss for words when someone dies, but what occurs formally when we lament without literally taking the word as the basis for claiming, grieving, and tallying up loss? What might it mean, then, to grieve when one no longer relies upon the paradigmatic substitutions and syntagmatic relations of the word as the primary site of composition? With the loquacity of a melancholic, one says too much and nothing at all. An odd volubility ramps up the reserve that often afflicts the bereaved. Here, we might encounter an exorbitant quiet that puts into crisis the boundaries between language and silence. 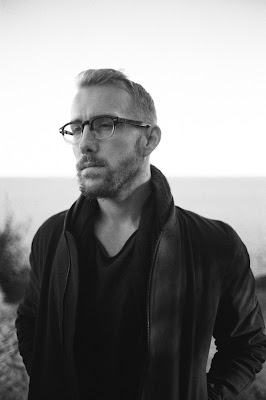 Kyle Kinaschuk is a PhD candidate in the Department of English at the University of Toronto, where he researches the politics and form of lament in contemporary poetry situated within Canada. His poetry has appeared in journals such as The Capilano Review, filling Station, PRISM international, The Puritan, Hart House Review, Poetry is Dead, and FreeFall Magazine. His debut chapbook, COLLECTIONS-14, appeared with above/ground press this past April.