Micropoetics, or the Decoherence of Connectionism
David Dowker


Everything is in the connections, of course, but at the risk of sounding like the middle-class Maoist's Marianne Moore, I will say that I do adhere to many of the tenets of modern Confusionism. Now, I do and do not believe in God (depending upon which side of that category-concept mistake I drag my hypothetical self out of), so I have to make and unmake meticulously syllabic matrices. I love montage and décolletage. I even like rhythm, assonance and all that stuff. You just pluck your nerves and sing. If someone's ripping your clothes off at the podium, you don't grab the microphone. (You don't say. That's for the writing thing.) As for the reception of said writing thing, suppose that you're in love and you do and do not believe in love and the object of your affection does not even know that you exist. Is this not about as close to God as you can get? Let the differences fall where they may.

I'm not saying that I have the most inciteful ideas of anyone writing today, but who is anyone to be critical? As I sit in my loft of relative luxury, sipping my coagulated coffee, aimlessly browsing the web, I begin to think of aetheric entities with fleshly enhancements . . . and that's when the screen freezes.

Ah, the micropoetics of the situation!

But does anyone ever get it, or get what it would mean to get it, and how could it ever be determined? Too many poets act like some middle-aged crazy trying to explain the sapling with asymptotic legs apprehended in the shower playing with his rainstick. Who doesn't like the movies, though? After all, the rushes from this life, day after day, would drive (he said) anyone to poetry. As for the measure of other lovers, their technical expertise is incomparable to the pleasure of another. It's simply a matter of not making sense. If the cloud-server catches you with your trousers down, remember: there's nothing physical about it.

Poetry is an abstraction. Abstraction (as poetry, as painting, is) is a fact of life (or perception, at least). I think it appears most acutely in those memetic particulars where decision is unnecessary. For instance, the collapse of the state vector explained as interactive decoherence implies an innate aptitude of composition. Micropoetics, an autonomous 'pataphysical assemblage recently coded for flowing and which only certain hypothetical machine entities yet know about, obviously interests me immensely, being so integrated with the pragmatics of the situation within this earthly regime of signs.

Micropoetics has nothing to do with metaphysics – it's only art. It does not have to do with philosophy or spirituality, far from it! To give you an approximate correspondence, one of its primary aspects is a certain "focussed uncertainty" (Nick Piombino) with the implicit necessity to address that attribute in no uncertain terms, thus evoking overtones of involvement which stimulate a kind of linguistic intensity while maintaining a participatory distance. That's micropoetics for you. It was discovered after a dream in which Hilda Doolittle and I were having lunch by the Nile, swatting flies and discussing August 27, 2012, a day on which my love was with someone else. I woke up and wrote a poem entitled Beeline. While I was writing I realized that this was the answer to the question I had forgotten to ask H.D. The message was the poem, the poem was the massage. Then, my love came home and the hard drive crashed. So micropoetics was born. It's an easily excitable movement which will undoubtedly confuse lots of would-be adherents. It puts the poem roundly in its place (which is the centre of a circle whose circumference is nowhere). The poem at last is everywhere. With all modesty, I must confess that this may be the living end of literature (as always never seen before, and coming to a theatre near you soon). Poetry being a special case of prose, it is only obviously appropriate that poetry assimilate the distinction. For a time it was thought that language(-centred) poetry had accomplished this, but actually, for all their diffusion, these w*r*i*t*i*n*g*s are more an interpolation than interface.

What can we expect of micropoetics? Nothing, but we won't get it. (This is getting ridiculous, isn't it?) It is too much of a sum over histories to do anything but decohere. The propagandists of the future had better watch their backs. Something might be againing on them.


with apologies to the ghost of Frank O'Hara 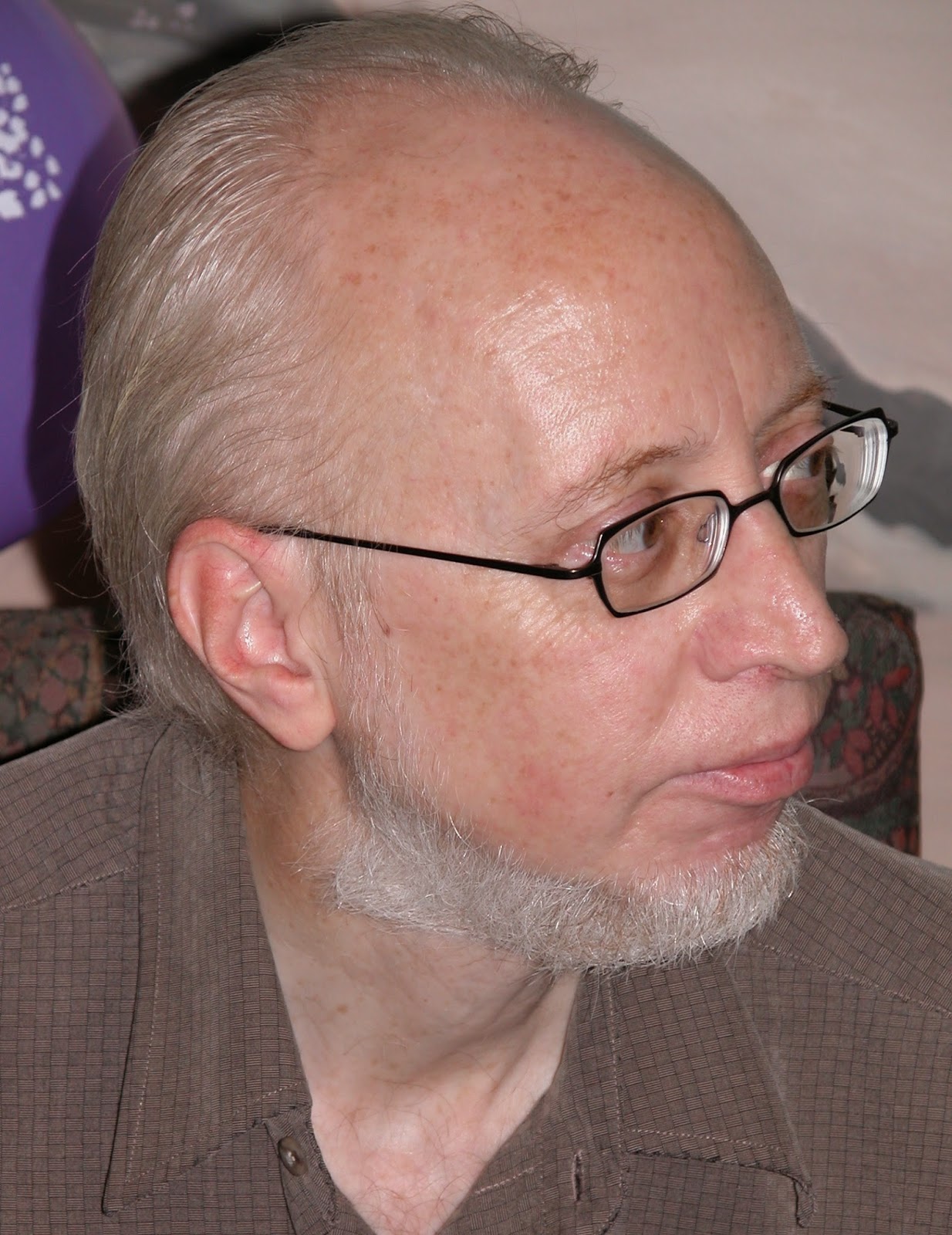 David Dowker was born in Kingston, Ontario but has lived most of his life in Toronto. He was the editor of The Alterran Poetry Assemblage (which can be accessed at Library and Archives Canada) and has published two books with BookThug: MachineLanguage in 2010 and Virtualis:Topologies of the Unreal (with Christine Stewart) in 2013. The possibility remains that his extremely intermittent posts to the Time-Sensitive Material blog may become slightly more frequent.
Posted by rob mclennan at 1:19 PM No comments:

Email ThisBlogThis!Share to TwitterShare to FacebookShare to Pinterest
Labels: David Dowker, On writing


No language exists on the outside. Finders must venture inside.


So here we are, beetling away into a language, alone in our library corners. I will now attempt a trans-literal inscription of this note.


The fragments are proving elusive. My Sanskriti-Romano-Celtic/Saxon is terrible.


To search for the grammatical underpinning of any hybrid...a. f. maze. What.


However, I refuse to accept that even writing about Sanskriti-Romano-Celtic/Saxon in its cousin-language, English, is a kind of sacrilege.


Worldwide there are but a handful of scholars who would hazard a guess at the bastard provenance. Glad you, at least, are interested.


One monsoon afternoon, over steaming surti-tea, she said: Deekrah-beti, don’t use acronyms. Use of acronyms will find you with some really bad happening-thing. This will occur on the last day of February, in any given year.


Back in my misbegotten university days out at the far edge of Pacifica – there existed that tutorial assistant, Ram Chandra-Gupta. He first introduced me to Sanskriti-RCS.


Ram Chandra-Gupta claimed anyone with a surname beginning in Sakli ought to be schooled in Sanskriti-RCS.


Ram developed a penchant for writing about Sanskriti-RCS in Sanskriti-RCS, thereby keeping alive its wonders.


Yes, it is truncated. One of Suresh’s beedi-cigs fell on the page (he had had rather a lot to drink and we were by that time on the fourth floor of the Colony building in his old apartment looking out Bose Way).


I could not scan the charred thing so transcribed it as follows:


...At the Kolkata Colloquium. (K.C.) Each year, at the end of July, for two weeks, a handful of the world’s leading Sanskriti-Romano-Celtic/Saxon scholars meet in Northern cities, the colder the better. This year the star of the K.C. is Ram Chandra-Gupta, having obtained from both Delhi and Birmingham the prestigious Clarice Lispector Founding Grant for Sanskriti-Romano-Celtic/Saxon (overseas iteration). Mr. Chandra-Gupta will present on recently discovered papyrus fragments, of interest, he believes, to the General Writer.  As scholars have now documented, these papyrus fragments were stored for years in... 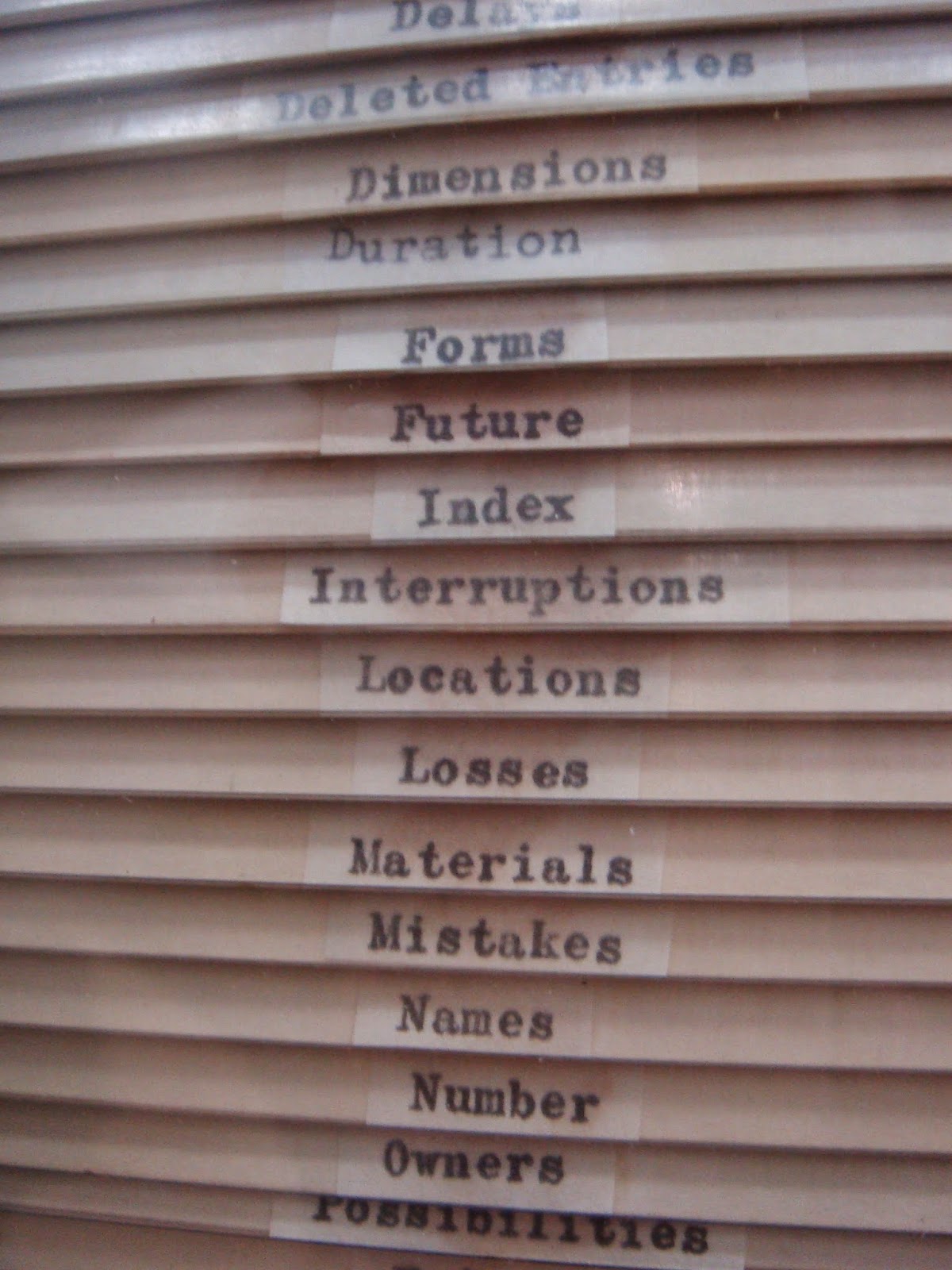 
Would you believe it? These were found in Madame Dumont’s pied à terre in the 5th arrondissement (upper roof top, charming. Have you been there?)Who knew! Ecole Nouvelle Sorbonne will be right pissed.


Now the thing is, Suresh, before he passed out on his divan, showed me another magazine. One of those flimsy U of D fliers, cover page torn off, no publication data whatsoever.


The whole thing written in, you guessed it, Sanskriti-RCS.


Best I could do on such short notice. You will notice a missing bit.

Writing in the 5th century, the long forgotten monk-priestess, Sarojini of Southern India, compiled a list of sacred teachings on the nature of alphabets and phonetics. Her native Sanskriti-Romano-Celtic/Saxon, a result of an earlier enforced captivity in Roman Gaul, would prove a continuing challenge to those of her translators, who, in later times, were still dedicated enough to surrender to such a laborious, some might even say, fool-hardy task. Of these recent translators, most were Austrian monks deputized to Mauritius, in the bottom-half of the 19th century, engaged in tasks equalled by ...


Rather than venture down some sharp nosed goose chase as to the veracity of the texts commonly now know as SSIA (Sarojini of Southern India, archive)—we shall stick to a brief assessment in the hopes that it might be of benefit to other writers interested in the history of alphabets,

This is as far as I could go.  Ram Chandra has heard from Sanskriti-Romano-Celtic/Saxon scholar, A.Ghoosh. He will send Ram a letter with a key which promises to unlock still more ma-baap language.


Did you know that Ram also heard from David DeLilo? Pretty amazing: DeLilo has access to all that funding over at Columbia.


Ram just sent me an email. He insists that I not forward it.... He’s now heard from A. Ghoosh.  Your hunch correct:  Ram is to meet A. Goosh in Paris, two blocks in from rue Monge (herbed chicken a noir!) off rue Mouffetard market—that’s when they’ll compare alphabet keys. The work continues!


Funny, to have travelled world over world, seeking the touch of letters—Uppsala to Dublin-Paris-Delhi—only to fetch up in some river-town back-of-beyond place, at the edge of Pacifica.


Picture me with Suresh (he’s here working on the J.L.T. Festival, rootling(his word)  about for talent in this most unlikely port-city. Anyway, there we were just last week, up town the locals call it.


Legendary, Suresh cackles, laughing to himself as we order two burgers. From the overhead air conditioner dust circles over a page of alphabet, the script Roman cursive, beautiful to the touch...Suresh says each formed part of Sanskriti-Romano-Celtic/Saxon, if touched in the correct manner, thumb edge to paper, will release—of course he’s sworn me to tell you only in person. In the flesh, he said.


Till we meet again, I remain and faithfully, 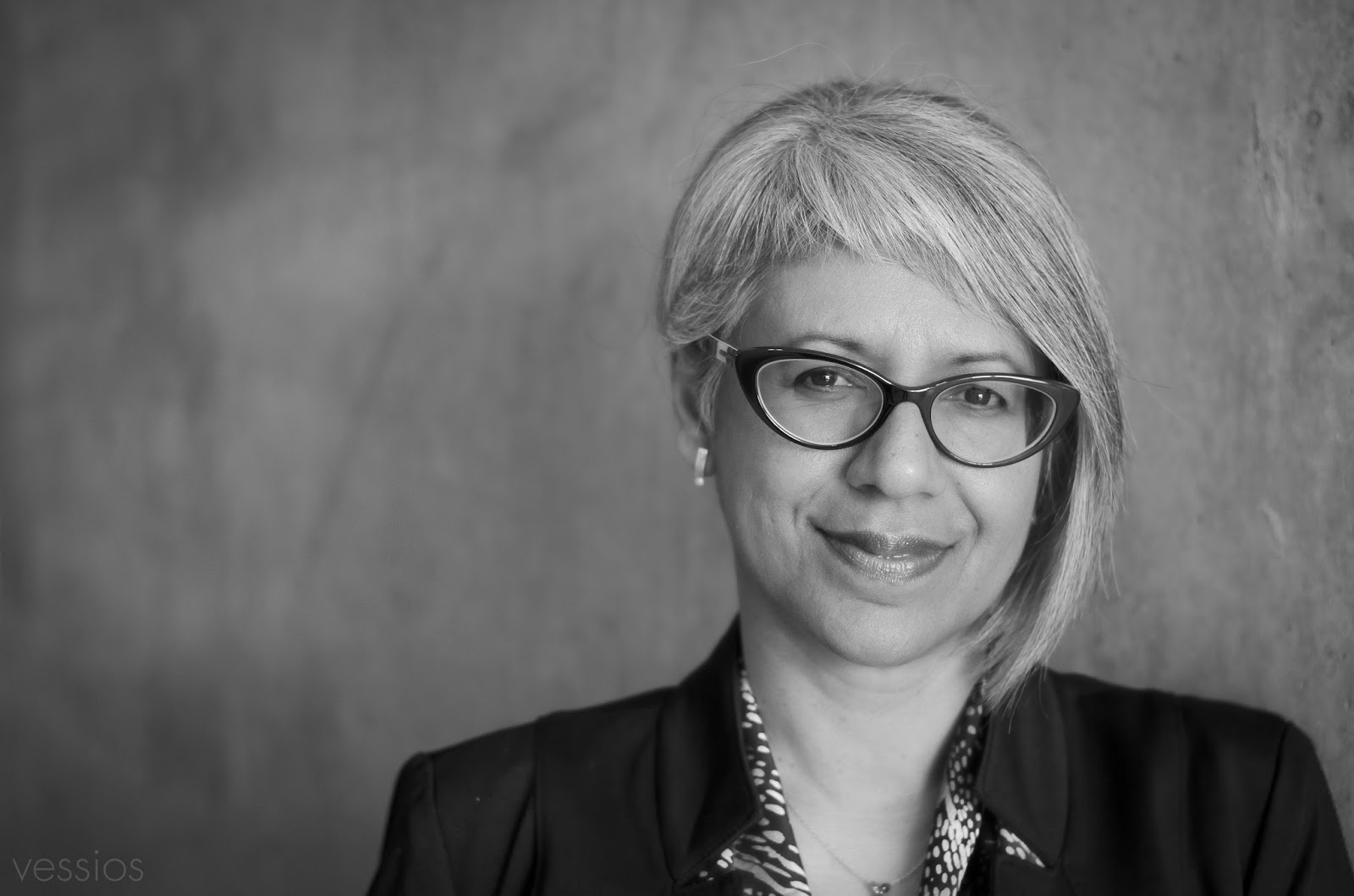 Renée Sarojini Saklikar [author photo: Vessios Photography] writes thecanadaproject, a life-long poem chronicle that includes poetry, fiction, and essays. Published work from the project appears in journals, anthologies, and newspapers, including, ti-TCR / a web folio (The Capilano Review), Literary Review of Canada, The Vancouver Review, Geist, Arc Poetry Magazine and many more. The first completed book from thecanadaproject is Children of Air India, un/authorized exhibits and interjections, winner of the 2014 Canadian Authors Literary Award for poetry and a finalist for the Dorothy Livesay Poetry Award. A mentor and instructor for Simon Fraser University’s writing and publishing program, Renée is the co-founder of a new poetry reading series, Lunch Poems at SFU.
Posted by rob mclennan at 10:20 AM No comments: