Spending Time with Words as Words

During my MFA back in 2004, I tried to explain to my sister what writing poetry felt like: “It’s like spending time with words as words.” I meant that writing poems involved engaging with words not just as vehicles to represent thoughts, feelings, and ideas, but as objects in their own right in all of their particularity: sounds, patterns, connotations, associations, etymological roots, and so on. The phrase words as words still flits into my mind sometimes when I’m sitting down to work on poems.

Writing, especially writing poems, requires a different relationship to time and efficiency than most other things in my life. With my responsibilities as a teacher and a member of a family, things have clear deadlines: dinner must be ready for the children to eat or the assignment sheet needs to be posted to Canvas by 9 am on Monday. I can also expect a more direct correlation between time and results: an hour spent commenting on student work will yield a certain number completed, the zucchini butter spaghetti will take about half an hour to cook. In contrast, no one is urgently requesting poems. I am accountable to no one for them. And I have much less clarity about what an hour or five hours spent writing them might yield. Maybe something? Maybe something I’ll discard 80% of in a few weeks? To write poems, I need to find ways to enter that uncertain time, that inefficient time.

Often, the container of a set amount of minutes is enough. For thirty or sixty or ninety minutes, I am in it, and I can set everything else aside. I used to tell myself mean stories about this: that real writers feel the poem rise up in them and overflow and don’t need dedicated time, that sort of thing. But now I’m more ok with the idea that there are many different kinds of writers, and I can just be the kind that I am. And the kind I am often needs the parameter of dedicated time for being intentionally unintentional.

How do we know when the poem is done? If it’s a sonnet, we can at least say when we’ve achieved the form, even if we may still be left with big questions about which word belongs in which place and continue to revise forever. But when we’re not writing into an established form, so much, everything, is up for grabs. Having a time parameter can let me stay with a poem and its uncertainties—and return to—it without constantly asking if it (or I) am done.

Another thing that helps is pre-deciding. I often engage in some kind of daily practice. Having decided ahead of time that I will spend thirty minutes with my first coffee, writing by hand and just tracing sound patterns, or that I’ll send my friend a new sonnet before I go to bed, lets me shift the focus to how I’ll do that thing rather than whether I’ll do it or what to do out of the many possible things that could be attempted.

Mornings are often a good time for me. I have lots of optimism and fortitude in the morning, but still a bit of fuzziness and lack of inhibition that can be good for drafting. And, especially when I manage to get up early and not check my email, the morning can feel like time outside of time, like it “doesn’t count yet,” which lets me slip more easily into inefficient time.

From Material to Poem: Gathering and Arranging

Sometimes when I write, I’m just putting out feelers—documenting what’s going on, looking for emergent patterns in the words. Occasionally something will stick this way, but mostly this kind of writing becomes material I draw on later.

Other times, I’m working in a mode. Most of these modes involve a two-step process: gathering and arranging. Once I’ve found a generative mode, I often try to stay with it for a while. I’ve talked a bit before about reading Proust in French and then starting poems from the words I was unsure about, my guesses, and their dictionary entries. In this case, the gathering principle was “read Proust, find opaque or semi-opaque words, make guesses about them based on context and similarity to other words, look them up in French-English dictionary (and often a French dictionary too).” And then the arranging principle was something like “use this material to write prose poems that speak to your life, however obliquely, or that intuitively give pleasure by their juxtapositions or patterns.” Then, of course, so many revisions! 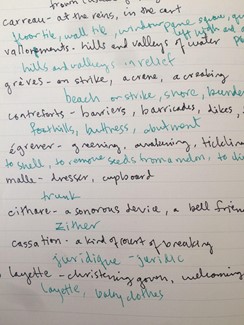 I can trace recognizable bits from this act of gathering (above) in at least two different poems in my book The Silk the Moths Ignore. Here’s one of them: 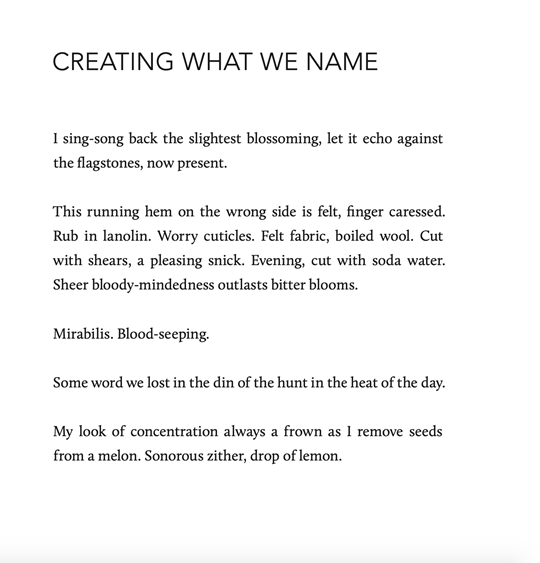 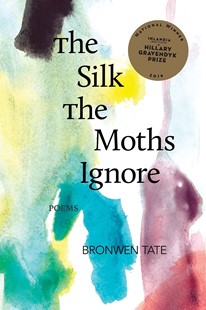 This book—and these prose poems, in particular,—have had a long revision process with a multitude of changes along the way. I initially wrote them in prose blocks, and then at some point, I played with lines in some of them, but eventually, I settled on this “prose verset” form that doesn’t use line breaks but relies heavily on paragraph breaks for pacing. In “Creating What We Name,” I see words and phrases that came out of that initial gathering (zither, remove seeds from a melon), but then the whole second paragraph I can trace to more recent play with puns and sound (felt/felt, cut/cut, shear/sheer). There’s often a period in my revision process that involves writing intuitively into a gap. I picture this as reaching out slowly with my eyes closed, feeling for something I can’t yet see but know is there. Sometimes revisions require an opposite impulse: I also like breaking up continuities to allow a greater leap.

Notebooks of freewriting are often a source for a gathering step. Other gathering methods include generating anagrams of a significant word or sketching out a moment from the day and finding a pair of words connected to this moment that rhyme and might form a kernel to write around, as in these Lorine Niedecker-inspired short poems. Other arranging principles might involve shaping fragments into a set form like these ten-liners that shift between couplet and monostich or repeating the same word with shifting meanings along a chain of sentences. I’m working on some poems now that use notebook fragments and anagram word lists as gathering methods and rely on colors and fairytale tropes as arranging principles.

Whatever mode I’m working in, I’m constantly looking for emergent sources of pattern and friction and trying to draw these out. In any poem, certain elements are marked or activated while others remain absent or in the background. Friction means change, movement, tension, something at stake. And patterns—especially where and how we break them—determine where attention gathers. 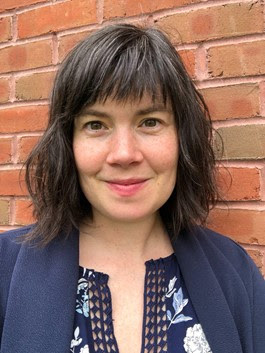 Bronwen Tate lives in Vancouver, where she is an Assistant Professor of Teaching in the School of Creative Writing at the University of British Columbia. She completed an MFA in Literary Arts at Brown University and a Ph.D. in Comparative Literature at Stanford University. Before coming to UBC, she was the entire Creative Writing department at Marlboro College in the Vermont woods. Her poetry collection The Silk the Moths Ignore (Inlandia Institute, 2021) is available for preorder. Recent poems have appeared in Tinfish, The Rumpus, Typo, Carousel, and Court Green. Bronwen also has a few new essays: a brief one on participating in a collaborative homage to Bernadette Mayer (the project is forthcoming from Black Lawrence Press) and a longer one in Contemporary Literature on how ambivalence, complicity, and feeling can coexist with critique in the work of Harryette Mullen. You can find her on Twitter or IG at @bronwentate or on her website at https://www.bronwentate.com/.
Posted by rob mclennan at 10:00 AM No comments: