How does a poem start for me? At the time of writing, I have not written a poem since October. That happens sometimes. I have Seasonal Affective Disorder, I live in Saskatchewan, and I find it difficult to write in the winter. Shockingly, this is not my worst winter, mental-health-wise, stuck at home during a pandemic. My worst winter was the year of burnout from the small, non-profit arts job where I worked alone. I didn’t write that winter either, as far as I remember. What I do remember is feeling trapped and helpless and alone and angry, so angry. I didn’t know that I could hold that much anger in my body. I was angry with everyone around me and especially myself. For not being able to make this job work, for not getting the funding the organization needed, for not getting the help I needed, for the broken systems that kept the organization barely functioning instead of thriving, for the way the organization and my personal well-being had become intertwined. I had just been pronounced “recovered” after a car accident and extensive physiotherapy the year before, but I woke up every morning hoping that a horrible accident would prevent me from going to work.

And then Spring came. I made the decision to quit my job if I didn’t find another job by Fall. Somewhere in the darkness, I applied for a summer writing retreat. It was my finish line, my oasis, the thing I clung to while going through the motions of a job that took more from me than I had. Finally, the week before the retreat, I interviewed for a new job and was offered the position the day before I left.

At my first meeting with the poetry facilitator, the wonderful Sandra Ridley, she commented on the strong emotions and traumatic nature of the poems and, very gently, asked if I might consider writing about healing.

I began researching the healing process. I read about how the skin knits itself closed, I read The Body Keeps the Score by Bessel van der Wolk, I read a surgeon’s manual about suture thread. I made a note in the corner of a page, “I am writing myself into a better place.” I wrote poem after poem after poem.

I started the new job when I got back, and I kept writing. Writing was natural and easy again. They kept pouring out of me. When the pandemic started, and I was sent to work from home, I stopped writing and then started again. I went to online poetry readings, I attended a virtual anatomy symposium, I participated in a poetry contest, I submitted, I submitted, I submitted.

Once again, I have found myself not writing. So I read, and edit, and submit some more, and do all of the things that accompany writing, except for the actual writing. It will come back. It always does. My writing tends to follow the seasons. Spring usually brings a new burst of energy and creativity.

I have a stack of my writing notebooks out on the floor of the living room, currently, in case the bright, brittle January sun brings new poems. In the meantime, I flip through them occasionally, placings flags on bits of poems that started and died or a line that could perhaps go somewhere in the brighter future.

So how does a poem start for me? I still remember, even if I don’t start right now. 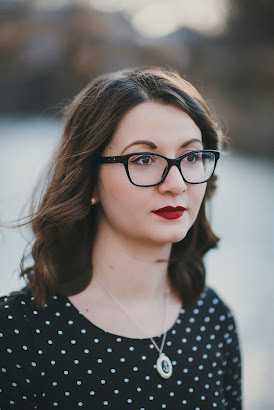 Courtney Bates-Hardy is the author of House of Mystery (2016) and a chapbook titled Sea Foam (JackPine Press, 2013). Her poems have appeared in Room, Carousel, This Magazine, On Spec, Canadian Medical Association Journal, and are forthcoming in Juniper and NonBinary Review. She is currently editing an anthology of pandemic writing, running a lot of online events, and working on her second collection of poetry, tentatively titled Anatomy of a Monster.
Posted by rob mclennan at 10:00 AM No comments:

Poems usually begin for me with an observation, an image or a phrase. My writing desk is in front of a large window that overlooks our street, so I see a lot of what happens in the neighborhood. I’m working on a book-length collection about the street I live on, so I’m constantly watching and observing. I might see something happen, such as an eagle attack a squirrel in the oak tree, then use language to turn that event into an image. I also run most days, so I make a lot of observations while running that spark poems. I’m also working on a collection of renga with another poet, and that’s a form that relies on images and brief events, so I’m always on the lookout for interesting sights and happenings. My poetry has often grown out of experiences I’ve had while travelling, but the pandemic has kept me home for most of the past year, so I’ve had to switch my focus to the hyperlocal. Observations, images, events and phrases have been the impetus for my poems for many years, but when I was my teens and early twenties my poems usually started with an emotion I wanted to express. I moved away from that decades ago.

I usually start with a phrase attempting to capture an observation or image; sometimes a phrase comes along that is not directly connected to something physical. Either way, once I get that first phrase down, more words tend to follow. Once I have written a few lines, I can start to see the shape that the poem wants to take with regard to line length, stanza structures, or lack thereof. Lately I’ve been writing a lot of eight to ten syllable lines and using couplets and tercets. I’ve been counting syllables for a few years now and trying to be really deliberate with my line lengths.

My poems are rarely written in direct response to another poet’s work or something I read elsewhere, although I have written poems in response to poems by Margaret Atwood, Derek Mahon, Patrick Kavanagh, Seamus Heaney, W.B. Yeats and Alan Wearne. About half of those poems were written in poetry workshops where the facilitator gave a specific prompt. My poem “Homesickness (Remix),” published last year in the Irish journal Strukturiss, was written in a workshop in Doolin, Ireland, led by Christodoulos Makris. The poem is composed entirely from words and phrases taken from three or four articles published on the same day in the The Irish Times.

I always start at the beginning. The first phrase that I write down usually survives as part of the first line or title. I’m an organized, structured, ritual-following kind of person, so it wouldn’t make sense for me to not move from the beginning to the middle to the end. Every few months I will type all of my accumulated handwritten notebook entries into a single document – sometimes they coalesce into a single poem, other times I get the first stanzas for a group of poems.

Absolutely. I have dozens of notebooks on the bookshelves in my study, most of them full. Whenever I travel, I make sure I have a notebook and pen with me so I can write down observations and ideas. I love the 3.5 by 5 inch Moleskine notebooks and have a stack of those. Without the notebooks (of the notes app on my phone), I would fail to capture a lot of material and simply forget some ideas and phrases. I don’t like to carry anything when I run, so that means I have to memorize any lines I come up with, but the rhythm of running helps a lot with that. I just repeat the lines over and over in the same cadence as my stride, then write them down as soon as I get home.

How are line-breaks (or the choice to ignore them) chosen?

Line-breaks are crucial to me. My students can definitely attest to that. I’ll never let a weak line-break go without comment. I spend a lot of time making sure that each line ends with a strong word, usually a noun or verb, and pay attention to the emphasis the line-break creates, as well as sound effects, repetition and connections to words in previous or subsequent lines. I use enjambment a lot too, so that effects my choice of where to break the line. I think the line is the most fundamental element of poetry, and the line wouldn’t exist without the line-break, so that means the line-break is fundamental too. Line-breaks are one of the essential ways that poets use language differently from prose writers; they are also one of the few elements of poetry that are essential to a poem (unless one is writing a prose poem).

There’s a group of poets that are always in my head, but they are not usually in the forefront of my mind while I write. My biggest poetic influences are Seamus Heaney, W.B. Yeats, John Keats, Thomas Hardy, Patrick Kavanagh and Philip Larkin. I’ve been reading their work and learning from them for more than thirty years. Over the last decade I’ve learned a lot from the work of Carol Ann Duffy, Eavan Boland, Anna Wickham, Jackie Kay, Annemarie Ní Churreáin, Michelle Cahill, Ilya Kaminsky, Terrance Hayes and many others. However, I rarely have another poet’s work in mind while I’m writing – I’m just absorbed in the text I’m working on. If the writing is going well, I’m totally in the zone and state of flow and it’s almost like an out-of-body experience. Everything outside the poem ceases to exist for a while and afterwards I have to come back down to earth. Being in that creative zone is my favourite part of being a writer. 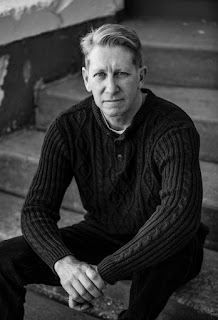