Whatever Else: An Irving Layton Symposium | Registration Now Open

Registration is now open for “Whatever Else”: An Irving Layton Symposium, May 3-5, 2013.

You are cordially invited to attend “Whatever Else”: An Irving Layton Symposium, the 41st installment of the annual Canadian Literature Symposium hosted by the Department of English at the University of Ottawa.  This will be 3-day gathering featuring paper presentations by 17 literary critics; a film screening and director’s talk by Donald Winkler (Poet: Irving Layton Observed, NFB 1986; Red Carpet for the Sun, Diversus 2002); a round-table discussion of Layton’s life and legacy with Layton biographer Elspeth Cameron, anthologist, editor and poet Seymour Mayne, and poet-critic George Elliott Clarke; a keynote address by Canada’s premier Layton scholar, Brian Trehearne; and an evening of literary readings and performances inspired by the Layton Reloaded poetry project.

Though he was once a towering figure both nationally and internationally, scholarly interest in Layton has dwindled since the mid-1980s. The goal of the symposium is to demonstrate the continuing relevance of Layton’s contribution to Canadian literature and society by way of an examination of his work from a variety of novel perspectives.

The registration cost is $90 for academics and full-time instructors ($45 for the under-employed and retirees).  There is no charge for graduate or undergraduate students, but they must register in advance of the symposium.  Registration forms can be downloaded from the Canadian Symposium website at www.canlit-symposium.ca

VERSeOttawa works constantly towards supporting poetry and the poetry community in Ottawa, but we are not the first to do this. There have been many important people who have helped create, shape and support this artform that we love and the community that has built up around it.

It is with this in mind that VERSeOttawa has decided to create the VERSeOttawa Hall of Honour. It is our way of recognizing the important contributions made to the Ottawa poetry community, whether through poetry itself or other methods of support (or, as is often the case, both). Each year a nomination committee will choose two worthy inductees whose work will be honoured that year, and into the future.

An induction ceremony will be conducted as part of VERSeFest. This year that will take place on March 17th.

The nomination committee this year has chosen two people to be the first inducted in to the VERSeFest Hall of Honour.

We are proud to recognize William Hawkins and Greg ‘Ritallin’ Frankson

As a poet, William Hawkins was nationally-known and regarded as Ottawa’s best and certainly most dangerous poet from 1964 to 1974. He published a number of books, including the infamous Ottawa Poems, published by Nelson Ball’s weed/flower. Hawkins appeared in the anthology New Wave Canada, edited by Raymond Souster as the last publication by Contact Press.

As an organizer/host, Hawkins ran Ottawa’s infamous coffeehouse Le Hibou through the 1960s with his wife. He hosted performances by Gordon Lightfoot, Leonard Cohen, Joni Mitchell and dozens, if not hundreds of others.

He was an advocate, writer and large presence during a period of Ottawa poetry that had very few of any of those; he was also a writer actively reading, writing and publishing, and connecting to a community far wider than that of the immediate city.

You can read more about him at his website, here:
http://www.wmhawkins.com/content/poetry.html

““““““““
Greg Frankson debuted as Ritallin in Ottawa in 2003. In 2004 he represented Ottawa at the Wordlympics (now known as the Canadian Festival of Spoken Word), and did so again in 2006. In addition to being a full-time professional artist, Greg recently was on the team that won the 2012 Canadian Slam Championships (though now representing Toronto).

Immediately following the Wordlympics in 2004, Greg co-founded Capital Slam, now one of the longest running monthly slam series in the country. He ran Capital Slam and the Capital Poetry Collective for 2 years where he created the template for a stable, supportive, inspiring slam series. He also founded the Bill Brown 1-2-3 series.

Before moving to Toronto, Greg co-founded the Ottawa Youth Poetry Slam. Creating this environment for young poets to come and share their work was a crucial step in the evolution of the spoken word poetry scene in Ottawa. The poets coming out of the slam have received great accolades, but even more important is the fact that it is a place where all youth can have a voice and share their art.

So while Greg’s work was crucial to help create the current Ottawa spoken word scene, through the Youth Slam his work is just as crucial to the future of the scene as well.

http://verseottawa.wordpress.com/2013/02/20/announcing-the-verseottawa-hall-of-honour/
Posted by rob mclennan at 11:26 AM No comments:

Both titles published by above/ground press. 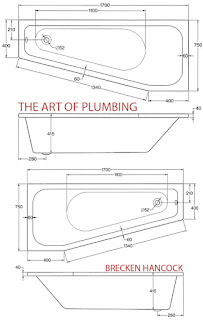 If the idea of a timeline marking the conception and evolution of the bathtub sounds tedious, Brecken Hancock’s oft-unfathomable history lesson will surprise you. Adopting ancient folklore, historical black-eyes and modern police files as some of her muses, The Art Of Plumbing date-stamps not only the Egyptian bathing tomb’s sophisticated rise to contemporary cast irons but the capacities of humanity, unflinching throughout the ages.

“1984 CE When his fishing trawler sinks, Gudlaugur Fridpórsson swims six hours in the North Atlantic off the coast of the Westman Islands. Two fellow fishermen die of hypothermia, but “the miracle man” somehow survives the cold and the Kraken by talking to mukki, sea birds, and unknowingly relying on his seal-like fat, found later to be three times thicker than usual for humans. Finally navigating the cliffs and crawling up onto an ancient lava field, Fridpórsson walks barefoot over two kilometres of terrain. His soles turn to ribbons that unravel across pumice humps of molten rock. He finds a bathtub meant to trough sheep and punches a hole through its ice, finally plunging his face in the fresh water to drink.”

“2007 CE Tatsuya Ichihasi rips out the bathroom fixtures in his Tokyo sky-rise flat. After beating Lindsay Ann Hawker to death with an amputated faucet, he buries her in a bathtub of sand on his balcony. Two weeks later police find her, right fingertips exposed, pinned by weather to the rim.”

These two excerpts taken from the tub’s recent history – after all, The Art Of Plumbing begins in 3300 BCE – hint at the curious variety of Hancock’s selections while showcasing her authoritative but poetic voice, which leaves thought-provoking hooks, or a haunting pause, with each anecdote.

Hancock's tone further infiltrates her study by way of personal entries bookending the project: one a majestic prologue capturing the deep sea’s churning, primal order of things bubbling up through her “immaculate taps”, the other occurring here in 2013 with our historian allowing a bleak glimpse into her distressed evening by the bath. While The Art Of Plumbing’s bulk commemorates our humble tubs with a radiant chronology, Hancock's bookends serve a purposeful reminder that for all of its incidental cameos over the centuries, the bath symbolizes one of the very few places humankind can reexamine itself, blemishes and all.

Seth Landman’s unstoppable “text” runs through a knee-jerk network of abstract doubts and indifference. As if transcribing the minutes of every half-epiphany, the Northampton, Massachusetts native nevertheless unearths poignant communiqués from the fractured coda. Often meandering with an agenda, poems such as “A Great Deal” and “Slovenly” seem partial to navel-gazing self-analysis before unfurling into meditations of a more universal nature; ‘notes’ in the grey space between connection and isolation. Here’s an excerpt from the latter selection:

His insights are sharply worded but those line-breaks frequently catch me off-guard, the way he toys with tenses and splices one rich thought into a stanza of rudimentary, conflicting ones. But with each off-kilter revelation, A Note on the Text incites the reader to return again, blindfold loosened, to tread his murky logic more fluently.

This plainspoken but tricky approach resonates especially well when recollecting a narrative. The tumbling, possibly intoxicated “Sleep Tuft” and the winter-sick “A Note On the Text” reveal evocative bits of language through Landman’s cryptic lens. I can envision the restricted woods described in “Sleep Tuft” and the darkened cabin corners of “A Note on the Text” yet the author’s emotional proximity to these places – and to his companion, certainly – is coloured with intangibles. Amid notes and texts that plumb both idyllic and idle thoughts on love and loneliness, it’s Landman’s I-don’t-knows that prove the most memorable. From "Sleep Tuft":