Poets Against the War Protest

Poets from Montreal and Ottawa will read outside the main gates of Lansdowne Park in Ottawa at noon on Wednesday June 2 to protest the Canadian manufacture and sale of weapons, ammunition and military components. CANSEC is returning to Ottawa City property this spring because last year a majority on Ottawa City Council shamefully overturned this municipality's 20-year ban on hosting arms trade shows.

CANSEC is a significant symbol of Canada's government-subsidized, military-industrial complex, a significant drain on our economy, as it artificially props unsustainable economic sectors. It facilitates rather than discourages wars, invasions, occupations, orchestrated regime changes and human rights abuses.

By opposing the influx of arms promoters, tanks and other war technologies into our local community, we can press for government policies that respect peace, human rights, democracy, and the environment.

FOR MORE INFORMATION: Poets Against War and Coalition to Oppose the Arms Trade (COAT) rally
Posted by Pearl at 10:04 AM No comments:

Gerry Shikatani in The A B Series

Internationally recognized text-sound performance artist, Gerry Shikatani enacts a multi-media performance on June 3rd at The Mercury Lounge. Shikatani has published several volumes of poetry, a book of fiction as well as writings on gastronomy and travel. He has been publishing and exhibiting visual poetry for decades. 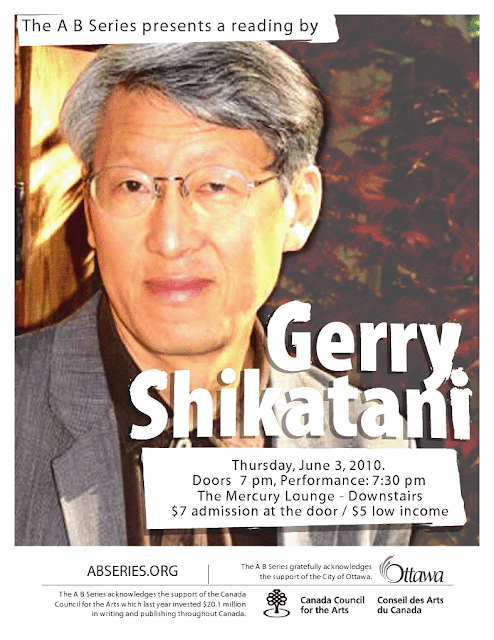 abseries.org
Posted by Max Middle at 12:30 PM No comments: 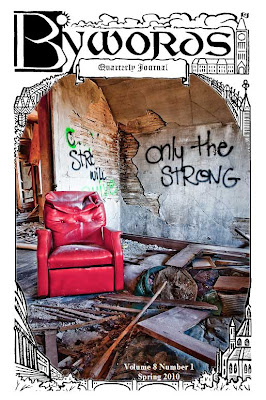