Ottawa, January 31st, 2017 – VERSE OTTAWA, which is responsible for the organization of VERSEfest – a bilingual and international poetry festival in Ottawa – announces that the City of Ottawa has reached an agreement to purchase the services of VERSE OTTAWA to facilitate a “poet laureate” program. Starting in 2017, VERSE OTTAWA will manage the nomination process of Francophone and Anglophone poets and supervise the activities that will be suggested by the designated poets. This way, the City of Ottawa will be able to count on two renowned poets who will be designated for a two year mandate. With this title and their writings, the two poets will act as ambassadors of poetry here in Ottawa and anywhere they are asked to speak. At the heart of their concerns, they will keep three important facets of the poet laureate program: nation, population and art.

The Francophone and Anglophone committees responsible for the designation of the poet laureates will be created by VERSE OTTAWA. The announcement of the selected poet laureates should take place every two years, starting in 2017, during VERSEfest which will take place in Ottawa between March 21st and 26th, 2017 (www.versefest.ca).

Posted by rob mclennan at 8:25 PM No comments: 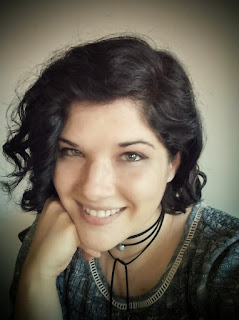 Jennifer Baker lives, writes, and teaches in Ottawa. Her first chapbook, Abject Lessons, was published by above/ground press in 2014. Her poetry, interviews, and reviews have been published in The Journal of Canadian Poetry, Ottawater, Dusie, The Bird, Philomela, and Illiterissuesixature, with a forthcoming review in The Bull Calf.
Posted by rob mclennan at 3:07 PM No comments:

Email ThisBlogThis!Share to TwitterShare to FacebookShare to Pinterest
Labels: Jennifer Baker, On writing

On Being Off
K.I. Press

Sometimes you’re just off, you feel so off, you wonder if you were ever really on.

They keep saying that writing is a muscle. You know how you’re out of shape? Not you, I mean, I don’t really know you, but me, I mean. But you’re so far out of shape that the expression doesn’t really even apply anymore, because to be out of shape implies that you were once in it. In a shape. They mean like a statue, like a rippling Michelangelo, though the first thing I think of tends to be a perfect cube, wooden and hollow. A crate.

And now you are not a shape.

There are advantages to being liquid.

You fit, you move, you flow.

A little too easily maybe, and downhill.

See what I mean?

I’ve been off poetry. This is neither a success nor a failure. It’s a change of state.

I want to have it all. Baby. I want poetry, prose, comics, a double shot of scriptwriting, even a song. I want arch-villains, beaches, very serious issues, car chases and internal rhyme. I want to collaborate, infiltrate, organize and publish. I want to go to sleep right here on the couch.

I want to read something that doesn’t glow.

Lately I’ve wanted a world in which professors don’t sleep with students. I’ve been doing it for eight years. Not sleeping with my students, I mean. Sleeping with students turns out to be remarkably easy to avoid. Actually, it never seems to come up. But then again, I’m just a loser and a failed poet, so I guess not worth the trouble.

Why bother with any of it, really.

I’m going to go off and write my novel now. It’s about an actor who once starred in a Bertolucci film. He loves his teddy bear. He runs for President. His mistress drowns in a bathtub. There are zombies. 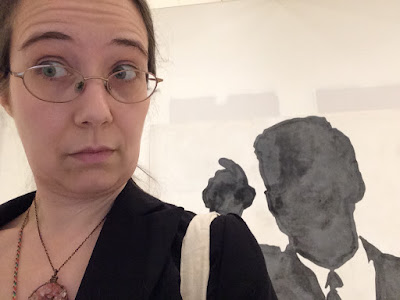 K.I. Press’s most recent book of poetry is Exquisite Monsters (Turnstone, 2015). She is a student in the Optional Residency Creative Writing MFA program at UBC. She teaches creative writing in Winnipeg.
Posted by rob mclennan at 2:59 PM No comments:

Email ThisBlogThis!Share to TwitterShare to FacebookShare to Pinterest
Labels: K.I. Press, On writing

many gendered mothers : call for submissions

O god save all the many gendered-mothers of my heart, & all the other mothers, who do not need god or savior,

our hearts persist in excess of the justice they’re refused.
Dana Ward, “A Kentucky of Mothers” 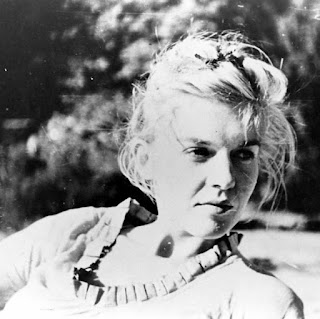 many gendered mothers is a project on literary influence featuring short essays by writers (of any/all genders) on the women, femme, trans, and non-binary writers who have influenced them, as a direct or indirect literary forebear.

This project is directly inspired by the American website Literary Mothers (http://literarymothers-blog.tumblr.com/), created by editor Nadxieli Nieto and managing editor Nina Puro. While we hope that Literary Mothers might eventually return to posting new pieces, this site was created as an extension and furthering of their project (in homage, if you will), and not meant as any kind of replacement.

Basically: which female ,femme, trans or non-binary writer(s) made you feel like there was room in the world for you and your artistic temperament, or opened up your understanding of what was possible, either as a writer or a human or both? Perhaps you were closely mentored by a particular writer or editor, or perhaps their work was highly influential, even if not in the most obvious ways.

While submissions by men are highly encouraged, the argument that male literary influence has been long explored in print and online is a reasonable one. This isn’t an argument for levelling the field but, instead, expanding it.

We are currently accepting short essays of 500-1000 words as a .doc or .docx file, with “many gendered mothers” in subject line. Please include: “Your Name” on “Author Name(s),” subtitle (optional) and a short bio for yourself, as well as a .jpg image of your subject (if possible). And: multiple submissions are encouraged! Simply because you’ve already had a piece accepted for the site doesn’t mean you still can’t submit something further down the road.

Submissions can be sent to any of our editors (if you know how to reach them), or directly to neitherliterary@gmail.com
Posted by the many gendered mothers at 3:58 PM No comments:

We Who Are About To Die : Sacha Archer 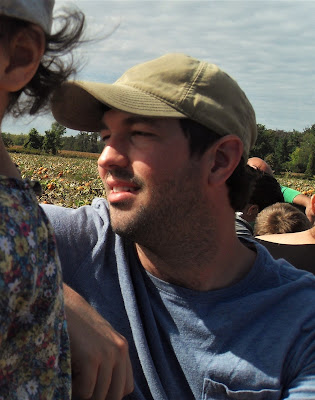 Sacha Archer is a Canadian writer currently residing in Ontario. He was the recipient of the 2008 P.K. Page Irwin Prize for his poetry and visual art, and in 2010 he was chosen to participate in the Elise Partridge Mentor Program. His work has appeared in journals such as filling Station, ACTA Victoriana, h&, illiterature, NōD, and (parenthetical). He has work forthcoming in Experiment-O. He is the author of the chapbooks Dishwashing Event, Part One: Tianjin, China (no press, 2016), and Dishwashing Event, Part Two: Ontario (Puddles of Sky Press, 2016). His chapbooks Acceleration of the Arbitrary (Grey Borders) and Detour [D-1] (Spacecraft Press) are forthcoming.


Ontario. Waterdown. I think I’ll be leaving this town soon. I certainly hope so. It’s near Hamilton (technically part of it), and near where I grew up, Dundas. Why do we come back home? I don’t recognize anybody who can confirm it is. The Bruce trail that winds through the escarpment into the Dundas valley and into Hamilton…is one reason.


That it is suffering that unites us, and which is at the root of all our actions. It has made me much more comfortable. I was standing at Pearson Airport, looking around, and everyone suddenly could barely hide the wincing nerves just below the edifice.


It depends on the project. I’ve been working on a lot of collage/ concrete poetry recently, and have found myself at the kitchen table or in the basement in my late grandfather’s office. My next project will likely find me somewhere else. And we’ll (my family) be moving soon, so. Some of my writing practices fail to resemble writing in its traditional form, and consequently where I write becomes unconventional. This past summer I was wandering through the woods (a return—I wrote in the woods as a boy) making rubbings under the sign of poetry.


Like I mentioned above, I’ve been doing some collage. There are two escapades. One focuses on excised speech bubbles from the funnies of various newspapers. The other project is—perhaps, not collage—using hole punched circles from various novels and manuals to create, at this point I know not what. Scores? There is a large project demanding my attention which I have had trouble starting. It begins with me reading Virginia Woolf’s The Waves underwater in a bathtub. It will begin very soon.


Grey Borders is publishing a chapbook of mine under the title Acceleration of the Arbitrary. It is the first third of a larger manuscript which imagines a future senseless brutal revolution (same old). Also, Spacecraft Press will be publishing my chapbook Detour [D-1], which is a conceptual translation of the Dao De Jing. Again, it is the first part of a larger project.


This “interview” in person. Slightly drunk. 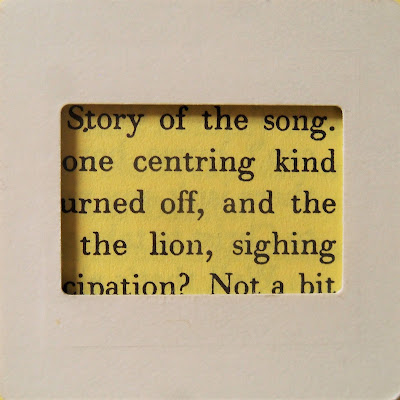 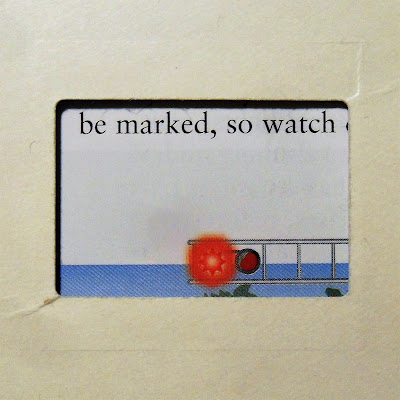 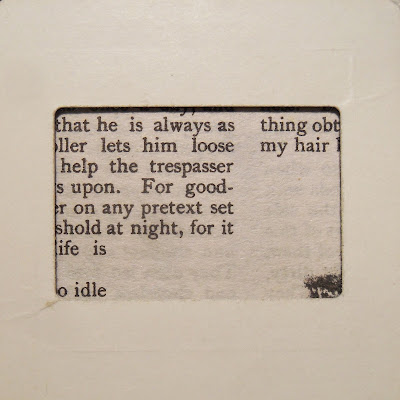 Posted by Ian Whistle at 5:24 PM No comments:

Email ThisBlogThis!Share to TwitterShare to FacebookShare to Pinterest
Labels: Sacha Archer, We Who Are About To Die
Newer Posts Older Posts Home
Subscribe to: Posts (Atom)