SATURDAY FEBRUARY 9, 2019
9:30 a.m. to 4:30 p.m.
Instructor: Christine McNair
Workshop Cost: $70.00 CBBAG members, $80.00 non-members
Material Fee: $30 (paid in cash to the instructor at the workshop)
Location: Routhier Community Centre (1st floor)
172 Guiges Ave, Ottawa
Parking is free and there is plenty of it.
Food:  Bring your lunch or head up to the nearby Byward Market 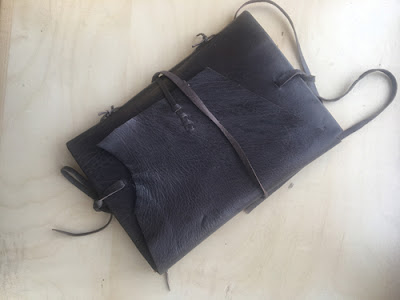 The Nag Hammadi codices take their name from the Egyptian village where in 1945 a clay pot containing thirteen ancient books was discovered. These books are the earliest extant codex bindings ever found – 1800 years old – and were uncovered in remarkably good condition. Students will construct a sympathetic facsimile of the Nag Hammadi codex, and experience the structure and form of ancient bookbinding.  Partially pre-cut papyrus and leather for the covers is supplied (see material fee below).

Bring a cutting mat if you have one. All tools and shop supplies will be provided for those without.

Posted by rob mclennan at 12:10 PM No comments:

We Who Are About To Die : Shloka Shankar 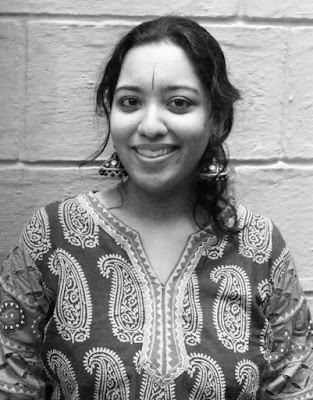 Shloka Shankar is a freelance writer and visual artist from Bangalore, India. She enjoys experimenting with Japanese short-forms and different found poetry techniques. A Best of the Net nominee, her work has most recently appeared in Under the Basho, Rogue Agent, Right Hand Pointing, Drunk Monkeys, and so on. Shloka is the founding editor of the literary & arts journal Sonic Boom, and its affiliated press, Yavanika. Twitter: @shloks89

Where are you now?
I reside in Bangalore, India. My room is pretty much my haven.

What are you reading?
I am currently reading Beneath the Sugar Sky by Seanan McGuire and reviewing chapbook manuscripts. The former is for a found poetry challenge, called 'The Poeming,' that I will be undertaking in October 2018.

What have you discovered lately?
Confidence. Lots of it. I am also doing different things and experimenting more in terms of my writing and art.

Where do you write?
I make random drafts on my phone and then set about working on longer pieces sitting up in bed — blanket, throw pillow, and all!

What are you working on?
I run a literary & arts journal called Sonic Boom as well as its affiliated press, Yavanika. My team and I are currently wading through submissions. I also recently set up an online store for selling my art prints and other products, so that's an exciting new avenue to explore. I hope to bring out my debut full-length collection of Japanese short-forms of poetry in 2019.

pulling sins out of a dreamer conscience

- First published in the Ku section of Under the Basho, 2018.

Posted by Ian Whistle at 4:35 PM No comments:

Email ThisBlogThis!Share to TwitterShare to FacebookShare to Pinterest
Labels: Shloka Shankar, We Who Are About To Die 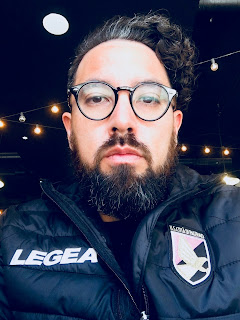 Each morning the first thing I do is to read some poetry before going downstairs to the daily paper’s prose. A lot of the books I have tried lately do not disresemble the latter enough. But the work (and play) of Oana Avasilichioaei has raised my hope for the future of our art. We do not really need poems that tell us what the poet saw and how he can make figurative language to give us his view of those things. We do not really need language that is passed over the counter by its baker. Ms Ovasilichioaei is environed by language as she is by any world she enters, and when you read you don’t read her version––you are too busy negotiating the pleasant difficulty of her pages. If you run into one another from time? Well, what a nice thing to experience first thing in the morning. This poet offers no Frostian conclusions, but possibilities leading in all directions. Judith FitzGerald was right when she wrote that you can’t really read the poems, but you can sure experience them––and if you do not want poetry to lull you, you will want that experience.
Oana Avasilichioaei’s name is usually preceded or followed by the words poet, translator, editor, collaborator––and you always feel as if all those people are with you while you are experiencing her text. That text can make your eyes jump, maybe into the future. That translator makes you realize that your role is not to consume an English-language text that has replaced a French or Romanian original, but to engage happily with the difficulties of both languages. The poet is not here to enclose but to compose, i.e. to put something beside something. I think that she will continue the work of poets such as Fred Wah and Erin Mouré, to waken our ears and imaginations that have been stuffed up with the ordinary. 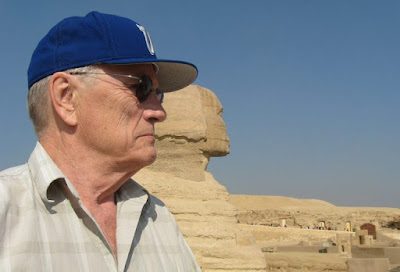 George Bowering’s 2018 books: Some End from New Star (poems); No One from ECW (fiction); plus in Nov., my biography by Rebecca Wigod, from Talonbooks.

Posted by rob mclennan at 10:01 AM No comments: