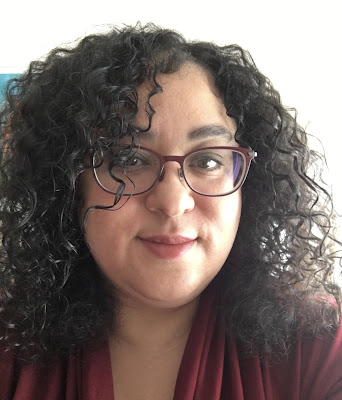 natalie hanna runs battleaxepress press, a small poetry press. She is an Ottawa lawyer working with low income populations. Her writing focusses on feminist, political, and personal themes. She was a past Administrative Director of the Sawdust Reading Series and past board member of Arc Poetry Magazine (2016-2018). She is the author of ten chapbooks, including three with above/ground press, with an 11th forthcoming from Baseline Press in the Fall of 2020. Her poetry, interviews and commentary have appeared in print and online in Canada and the U.S. Her poem “light conversation” received Honourable Mention in ARC Magazine’s 2019 – Diana Brebner Prize. For more information, find her at the battleaxepress web site: https://nhannawriting.wordpress.com

A: battleaxe press (poetry) has been running since mid 2016. I wanted to return to small press publishing after having put aside my earlier small press Ransom Works Press from the late 1990s. Following a length period of time during which I pursued work, academic studies, and moved out of town to become a lawyer, I returned to Ottawa in 2012. I had also resumed writing. Four years in, I wanted to start another small press to raise up the voices of new poets. The press primarily focuses on the writing of women, but includes broadsides and chapbooks by others as well. It's called battleaxe in an effort to reclaim that insult.

A: Since the 1990s, I've probably exhibited at least 10 times. I was in my 20s in the 90s, and it was always an exciting day. The night before the fair, friends would be huddled around coffee tables, folding and stapling chapbooks near empty pizza boxes, packaging our more unsual items and making up price lists ($2-$7!!! - Let's just take a moment and give thanks for the long arm staplers that allowed us to cheaply assemble our wares!).

The fair gave us an opportunity to discuss not just what we were doing on the regular, in terms of standard chapbooks, binding practices, etc... but also to explore our more creative and playful sides. I remember drawing areolae on pink balloons for poems about breasts/cancer. I'd always anticipate the tiny, doll-sized poetry furniture James Spyker would bring through his 2x4 to the forehead press. The year that Tamara Fairchild got hold of a full-sized rectangular bubble gum machine, called it the Poem-A-Matic and filled it full of poem- and toy-containing capsules was a standout for me in terms of attractions. It was also a good place to find special broadsides, limited micro prints, etc.

A: My production has been sidelined by several months, so things are pushed back. My small press aims for 2-4 chapbooks a year, and this year it looks like those will be happening during the Summer and Fall. Because the small press fair has a special place in my heart, I typically try to bring a new chapbook and some new broadsides to each one. 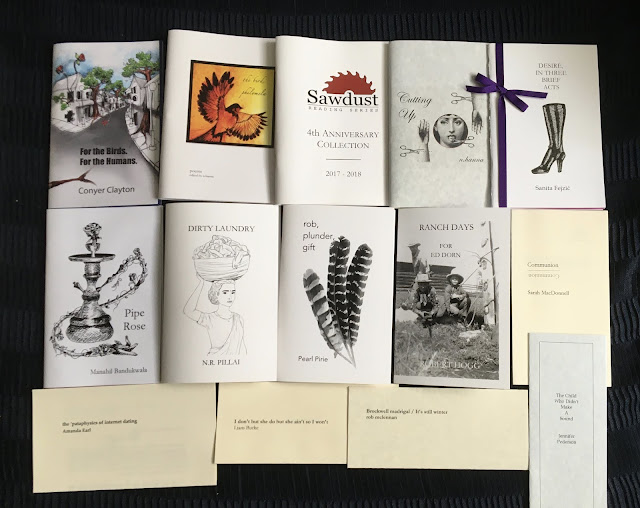 A: I'm not sure how to manage this question. I'll answer it in reverse.

My publications are still offered online through the web site, and the majority of orders come in via e-mail at this time, with e-tansfers for payment. There's always the option of offering digital formats in the future, but no one has queried me for that yet. I think that with so much happening online, people sometimes crave the sentimal nostalgia of receiving a parcel in the mail and being able to turn away from a screen at the end of the day. Mailouts are happening bi-monthly at the moment, with thanks to Pearl Pirie for showing me how to wrangle Canada Post's print-at-home postage system, which has been a lifesaver.

I don't think I perceive 'silences' in the way I think you mean right now. The world hasn't stopped. Everything that was happening before is still happening, just in different ways. I think of 'silence' as a largely negative phenomenon from an anti-oppression position, which informs my writing and publishing.

The shut downs of in-person activities actually created a substantial upheaval in my professional life as a lawyer, consuming most of my time, at the same time as others were pushing things, literarily, into virtual spaces. I found that I needed to learn new ways to address silences that marginalized people in the legal system, including providing remote services. Along the way, I learned things that could also keep me connected to the literary community via remote work.

At the time I am responding to these questions, the world has been prompted to action by the recent deaths of Breonna Taylor, George Floyd, and Regis Korchinski-Paquet and many others at the hands of police, which deaths are representative of a long history of Black people's extremely heightened risk of death in interactions with police. I have seen our literary communities put their energy behind speech, organizing, and donations to disrupt the deliberate silences of dominant colonial spaces that don't acknowledge systemic racism and will not dismantle it. I've seen out literary communities mobilize to promote our Black colleagues, and to emphasize that we need to constantly educate ourselves. We're starting to see more open discussion about the way that Black creatives are devalued in the arts. We need to push against the omission of BIPOC. There's work to do to right now to make spaces for our BIPOC colleagues at every level. The shut-downs are likely to be with us for a long time, but going online means we can make these changes far more immediately than we could if we were relying on physically moving people around the map.

A: I haven't had any launches with my press this year, but have attended multiple as a guest and as a reader. It's now actually possible to attend multiple virtual launches in one night, whereas prior, restrictions on time, distance, and location would have prevented this. I think it's been a boon to the larger literary community to take their events online and that it's bound to increase nation-wide participation. Facebook and Twitter also help keep me connected to the community. The majority of my friends are linked to the literary community somehow and we remain in contact, checking in on one another's goings on.

A: Okay, yes, let's get real. It's a three part equation: resources + time - energy = production schedule. My preferred print shop, which is able to courier to me, was shut down for some time. This was a challenge for me as a person currently managing a physical disability who maintains other taxing full time employment and who also does not drive. While I am fortunate enough to have support during this pandemic, there are many people living with extreme restrictions on their access to basic, life-sustaining resources. I try to be cognizant of that when asking for assistance that should be offered first to someone with immediate and urgent needs and how I can modify my projects.

I was considering the purchase of a high capacity laser jet printer and factoring in the costs of ink per print run - just as or more expensive than using a reliable print shop that has fair rates. Factoring in the investment of time that would be required to hand bind chapbooks and whether I could manage that against physical discomfort was another limiting aspect. I think it's still considered kind of gauche to speak frankly about pain, but that's been a real factor for me in terms of productivity during the pandemic, as it means I can't access the kind of formal medical resources I need. So in that way, I feel that the two other factors in the production equation (resources, time) are held hostage by the last (energy).

A: The most recent was Ranch Days - For Ed Dorn by Robert Hogg, which went into its second printing this year. This long poem chapbook is a modern, lyric, pastoral, meditation in the voice of a child growing up on a ranch. It concludes with the narrator coming into compassion for the terrified calf he is made to brand. The chapbook has a literary companion in Ranch Days - The McIntosh with Chris Turnbull's  hawkweed press. Both are excerpts from Hogg's larger work, "The Cariboo Poems."

Just Prior to that were rob, plunder, gift, Pearl Pirie's centos arranged from 25 years' worth of your own poems, and Sarah MacDonnell's moving broadside Communion.

All are available from the publications section of the press's site:
https://nhannawriting.wordpress.com/publications/

A: Forthcoming are chapbooks from Ayesha Chatterjee, Diane Finkle-Perazzo, and yourself, with room for one or two additional projects this year. These will likely have online launches.
Posted by rob mclennan at 1:00 PM

Nice to see such a positive interview, given the many hardships the Pandemic and your own health issues have presented. If there is a way through this time, and forward into better times, this is the way to do it! You will prevail.