We Who Are About To Die : nathan dueck 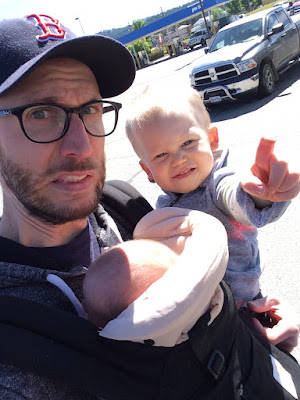 nathan dueck’s middle name is russel, which means his initials spell “nrd.” His parents tell him that no one used that word when he was born, but dictionaries say otherwise. He is the author of king’s(mère) (Turnstone Press) and he’ll (Pedlar Press). His next poetry collection, A Very Special Episode, is forthcoming from Buckrider Books.

Cranbrook, BC: right of the Purcell Mountains, above Mount Baker, left of Kootenay River, below St. Mary’s River. My wife and I moved here with our kids a little while ago, so I’m still looking to the map for help. All I know for sure is this is the traditional territory of the Ktunaxa Nation.

I’m in the middle of Brecht on Theatre because I’m researching for a project about der Verfremdungeffekt, which translates as “the Alienation Effect,” but it sounds way more scholarly in German.

The German word Gestus, which translates as both “gesture,” suggesting movement, and “gist,” attitude. In “A Short Organum for the Theatre” Brecht describes “the realm of gest” as those “attitudes adopted by the characters towards one another” (translated by John Willet). Actors, then, in Brecht’s “epic” theatre have to move in ways that portray their attitude, only those movements are not meant to appear natural or representational, but artificial or presentational. Instead, they mean to reveal their characters through “a set of social relations.” Also, I need to come clean: I’m a poser. I’m throwing German around here, but barely know a word of the language.

I just don’t understand what lead to the emergence of the alt-right. I suspect it has origins in historical events and figures from the 1990s – e.g., Marshall Applewhite and the Heaven’s Gate cult, the Unabomber Ted Kaczynski, the detectives who beat Rodney King, Stacey Koon, Laurence Powell, Timothy Wind, and Theodore Briseno. I’m writing poems about that history that incorporate Gestus by “writing through” (as John Cage put it) lines of plays by Brecht. I’ve just started on this project, though, so I’m still working on the angles. That’s why I’m hiding behind all this academic-speak.

At home, whenever I find time, on a computer with a family portrait on the desktop.

My next book of poems, tentatively titled A Very Special Episode – alternately titled Brought to You By – will be out with Buckrider Books in 2019. 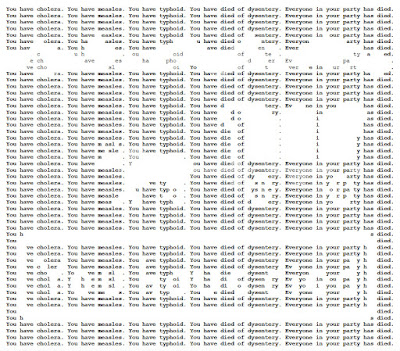 Email ThisBlogThis!Share to TwitterShare to FacebookShare to Pinterest
Labels: nathan dueck, We Who Are About To Die