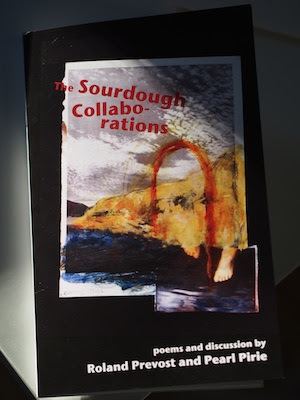 The allure of possibility is magnetic because it’s theoretical. But these poems, often thoughtful, warm and surprising, double as blueprints of choice, using stream-of-consciousness, linguistic and homophonic translation, a bunch of excisions and intuition as ways of keeping options open. Given the imagination on tap for The Sourdough Collaborations, it wouldn't be a stretch to imagine these bakers finding their way into the kitchen for a second batch.
Posted by Ryan Pratt at 6:07 PM