If I’m honest with myself, I would have to say that I don’t really know why I write.

However, I do know that it’s more or less out of desperation. Or to avoid desperation. In that I don’t know what would happen if I didn’t write.

This might sound dire, but it isn’t, really. It seems to me that most actions are ultimately guided by a desire to avoid desperation. I’m only speaking for myself, of course.

If I stopped writing, I would probably feel even more alone than I already do. It can get pretty lonely in these little worlds we live in. Again, I’m only speaking for myself.

Some writers say they create little worlds, but, personally, I find it’s more the little worlds themselves that are in control. They seem to grow up spontaneously, sort of like pockets of infection around a foreign body. The foreign body being me, I guess.

It so happens that I’ve been given the task of translating this private, sickly matter surrounding me into some sort of language. I really don’t know why. It’s often an unpleasant task, and ultimately a fairly insignificant one, but, again, I don’t know what would happen if I didn’t do it.

I’m a late bloomer as a poet. It seems like I’ve tried and failed so many times in my search for good ways to translate inner things into an outer space. But, despite this, I still feel compelled to make this odd translation process somehow shareable. To be honest, none of this is particularly clear or straightforward. Most of the time, I proceed by trial and error.

And the whole thing doesn’t always work, of course. All I have to work with is a private language that I only have a partial grasp of.

And to make everything more complicated than it already is, this isn’t even really translation, strictly speaking. That is, it’s not so much the direct translation of an inner world, but rather a record of traces left behind by this translation process.

In any case, when I write, my primary goal is to let this movement do what it has to do. I keep my fingers crossed, and hope something interesting comes out of it. For myself, but especially for others. Even if it’s only one other person.

It doesn’t have to be anything fancy, or comfortable, or even particularly accessible, just hospitable for the person who wants to spend a little time there. 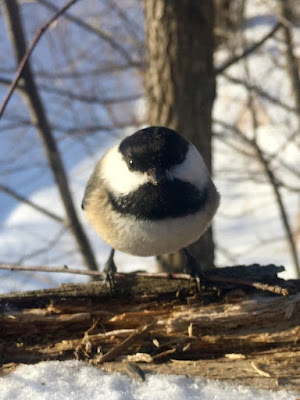 Simon Brown (1979) is a self-taught poet and translator from the traditional territory of the Peskotomuhkati Nation, in southwestern New Brunswick, now based Abenaki traditional territory, in rural Québec. His texts have been presented in interdisciplinary artworks and collaborative performances, and via platforms such as Lemon Hound, Train, Estuaire, Vallum, Poetry Is Dead, Watts, and filling Station. As a translator, he has adapted texts by Erin Robinsong, Maude Pilon, Angela Carr, Huguette Gaulin and Nicole Raziya Fong, among others. His collections and artist’s books have been published in Québec, Canada and France by Vanloo, Moult, Le laps, squint press, and Paper Pusher. This Mud, A Word, was recently released in Frog Hollow Press’s New Brunswick chapbook series.

simonbrown.ca
Posted by rob mclennan at 10:00 AM

Email ThisBlogThis!Share to TwitterShare to FacebookShare to Pinterest
Labels: On writing, Simon Brown