Writing: a rope bridge you have to throw out across the abyss of an empty page, a trail that continually forks, a trail that has no path; it’s a trace that wants to unravel itself in you you’re tracking but there’s no trail, no rope bridge, no tracking.

Writing is hunting and gathering. You go through the same territory many times but take different routes. Always stopping and sniffing. The difference is you don’t often know what it is you’re looking for, though when you see it or hear it or smell it you usually know it. Each bent blade of grass leads you astray into a following.

All this wandering and searching is of course actually a sitting still, waiting. Waiting for the right word to appear on the horizon over the hill.

You’re actually inside what the language wants; you’re inside that being; it’s its swerve you’re attempting to follow; you look out through its senses. It often breathes too loudly. And you can’t hear anything. You want to tear out a throat. Usually your own.

When I was working on The Alphamiricon -- that looked at writing as if from the outside. All real writing had been done; the Adamic Language that embodied the embrace of word and thing had been lost, and that piece worked with the physical and psychic fragments left to us on a Moebius strip of time.

Now I’m lost in language in a different way, though still the gleaner certainly. One of my sons spends a lot of time at the dump. It’s astounding what you can find there. A brand new radial saw with case and manual, perfectly functioning tools and equipment with perhaps a missing cord or fuse or bulb, just the right switch for your failed compressor, gold from electronics (if you know how to extract it), all the copper you could ever need. You could build a workshop. The living alchemy of the dump. We could say the same perhaps of the dictionary, or the already written.

So the gathering and the gathered, but the poem is always in the future.

And I have to learn so much patience. And to learn to parse the writing out from personal need. The writing is an atmospherics of the yet to come where each trace prolongs.

Deleuze and Massumi aver that writing opens humans to a becoming-animal, a process of non-representation.

So it looks after all like I’ve lost the track and it’s time to sit and wait a bit.

What is writing but the marks in the water you make while waiting? (Or maybe it’s the breadcrumbs you drop while walking and can never find again after you’ve waited.) 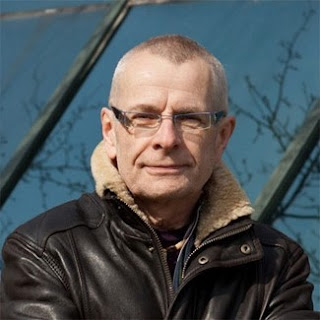 Brian Henderson is the author of 11 collections of poetry, the latest of which is [OR] from Talonbooks. Nerve Language (Pedlar Press) was a finalist for the Governor General’s Award and Sharawadji (Brick Books), was a finalist for the Canadian Authors Association Award for Poetry. He is the x-director of WLUPress.
Posted by rob mclennan at 10:21 AM

Email ThisBlogThis!Share to TwitterShare to FacebookShare to Pinterest
Labels: Brian Henderson, On writing

May many lost words make their waves to you my friend.

Trapped inside my own personal swerve for the past few years has me writing these days as well Brian.
This is beautiful, thanks for sharing. Aimee

I will keep these inspiring words in my "must have's" bucket to refer to when I find myself lost in the art process...We depend on other artists to inspire us over and over as much as we might inspire others in their own creative journey.