Writing is collaboration between spirit and matter.

A long time ago, while the beautiful david wolach was telling me about poems about Anna Akhmatova and swans and I was thinking about bones being liquefied, I was asked by them what spirit even means. The first part of the jolt toward answering was stillness. I literally felt still inside. Then, the words: “The ineffable, an infinity of chakras, a cosmos-consciousness as inarguable intelligence by which many lenses and language wefts and wafts come into focus, a focus that can go on forever.”

I have always preferred the journals in which, based on how the paper is made, the paper is not refined of its texture. I write in a journal that gives me literal splinters in my hands. Working with paper, working with the body, working with memory, all as bridges between spirit and matter (bridges herein, meant to emphasize where the two fuse and then overlap, not that the two are somehow separate) is a work in which I depend on feeling.

My long-time emphasis on feeling as mystical-elemental, and treated as such (by me) as a form of enablement in form, comes from how much of my memory consists of other-planar information. When you are in a human body, but are recalling experiences, senses, commitments, even sagacious swagger, from other realms (both in and outside of the human body), the result can be a hounding dysphoria. What am I to do with the fact that I know the flaming door in the forest wood, even somatically recall its heat, far more than I feel familiarity with any door in my childhood home or at a friend’s house? How will I relate to doors? Further, what of the fact that my gender (for me gender is a mystical site from which various embodiments are composed for the sake of the body as communion and resonance with cosmos-consciousness) is so feral, yet so discernible in the context of merge? In our intimacy, if you are this, then I know the that that I am, automatically, based on the contour, based on what makes the hinge of us grow fur or fruit.

My framework is not frameless, though it is a freed frame: an infinity of chakras. This infinity involves immeasurable energy centers, each capable of being tuned up in order to assist with spiritual and magical work. How did I earn this perspective? Through lifetimes of devotion particular to fostering a vast view? Through rites which required so much of me, that I was literally stripped to bareness in Underworld after Underworld like Inanna? Through pledging myself to the queer corona?

I trust these chakras like I trust a friend or a lover. In other words, I lean my entire weight into them. I have worked for them, after all. Are these chakras, worlds, populated by unseen beings? If so, are they also grounded by human beings who travel to them, astrally? When I dream of one chakra as a pastoral permeation, as a site in which a weaver can weave any form of cosmos materiality (from gold to dark matter) together into a wand (or dick) shape, am I dreaming my own memoir of this human life?

For me, writing is the commitment (in form) to communion with mysteries by way of the devotion required in order to follow the gnaw/ draw to create into an actual composition. Where devotion meets materiality can result in form being made! In addition to the devotion necessary in order for ephemeral architectures to be built, in order for these renovations of polluted socio-cultural configurations to take place, I commit to the fact that pages are trees. In the most basic sense, my writing is a root system that quests for various form and spirit symbiosis (with the cosmos (roots that climb the sky) as well as with the actual earth itself). Let’s just sit for a moment in the trees, call them forth to our consciousness while we ponder what trees might in fact feel for our pages.

Whether by stitching fragments, or following sound spools toward gatherings of matter on the page, whether bowing to the incarnation, the life-force present in collages, whether allowing myself to be possessed by the plentitude of data in the unseen but adjacent realm, (a realm by which I am being instructed or cautioned or even cleaved to), I am always just trying to ignite and then foster a passionate relation with the land (until it reaches the place of flourish, until the land senses itself as blessed by me).

Mysteries are holistic. They go into and renovate caught or traumatized pockets in socio-cultural agenda—that radically alter the ways that those pockets have negative impacts on our bodies. Wholesome involvement with the planet cures schisms regarding not always feeling at home here. Why do I not always feel at home? As a queer, I am literally not at home in the context of conservative and exclusivist agenda, as a queer woman I am literally not at home in the context of patriarchy. As a being who works with the unseen realms and leans into them as much if not more as I lean into human relationships, I am definitely placed on the outskirts (by social norms and social expectations). As a person who knows that talking to myself is a way of communing with the divine, as a shaman of merge who actively brings outskirt-inhabitants (road kill, queers, unseen beings, mystics, etc.) into a circle, into a fold, I am definitely taking a different train than most. I believe my body is for this, and, due to my long-time commitment to them, my body is inseparable from pages. Pages as compassions of thought, as compassions of commissure.

When I get a rejection from a publisher—or even when I get an angry rejection letter from a publisher asking me what the fuck I think I am doing--when I get feedback from someone who reads one of my book and says “What is this? Is this stream of consciousness?”—how am I to respond? Do I say, “Yes, it is a beings’ stream and it was meant for you to not only wade in, but get naked in, run amok during dusk when an entire year’s worth of road kill owls hoot and holler from the trees above you—it was meant for you to enter it, get into it, not stand on the side and deliberate some confusion about it.” Do I lovingly chagrin? Or do I just see myself as a solitary and nod to a cookie cutter rejection, go and find a literal or another metaphorical cave in which to practice, to keep practicing?

I have been practicing with precise intent since I was a child. I have always had synesthesia and synesthesia has been integral to my synthesis, my spiritual and matter-based practices. Synthesis as a patchwork bond between myself and myself, between myself and another, between this realm and that one. Am I a peace maker between here and else? Am I chord-weaver? Is my body in a ready posture of servitude (of these realms in an effort at alleviating disparateness or discrepancy for the sake of what resounding, mixed thing could exist in its place) a form of cosmic glue?

I am clearing the infinite chakras of residue, of shame. I am dreaming round energy nodes that I can treat as master glyphs. Where a queer writing meets a queer attunement meets this queer body, comes an awareness by way of side-gates: side-gates that while finding (divining) ways to open them, provide clarifying rites just prior to the portal.

Crucial features within an approximate fate. 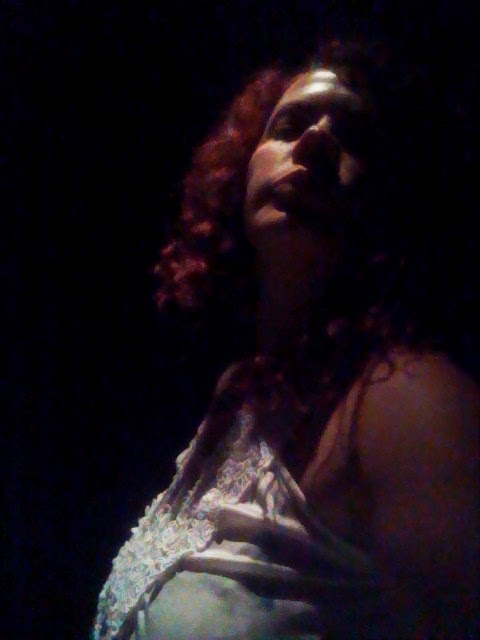 j/j hastain is a collaborator, writer and maker of things. j/j performs ceremonial gore. Chasing and courting the animate and potentially enlivening decay that exists between seer and singer, j/j, simply, hopes to make the god/dess of stone moan and nod deeply through the waxing and waning seasons of the moon.

j/j hastain is the inventor of The Mystical Sentence Projects and is author of several cross-genre books including the trans-genre book libertine monk (Scrambler Press), The Non-Novels (forthcoming, Spuyten Duyvil) and The Xyr Trilogy: a Metaphysical Romance of Experimental Realisms. j/j’s writing has most recently appeared in Caketrain, Trickhouse, The Collagist, Housefire, Bombay Gin, Aufgabe and Tarpaulin Sky.
Posted by rob mclennan at 3:26 PM

Email ThisBlogThis!Share to TwitterShare to FacebookShare to Pinterest
Labels: j/j hastain, On writing