Labradoodle, An Essay on David McGimpsey by Marcus McCann
The Laurentian Book of Movement by Christine McNair and rob mclennan

It was an ill-fated combination of “firsts”: riding a Greyhound bus that was library quiet while reading Marcus McCann's stylistic tribute to David McGimpsey. Maybe I was being naïve – I’ll admit, literature isn’t my medium of choice when it comes to humour – but it bears repeating what so many people already know: McGimpsey is very funny. And for McCann's humour to stand up as strong in a pop-culture arena that isn't exactly his home-field, well – I was more surprised by my muffled chuckles than any fellow passengers were. 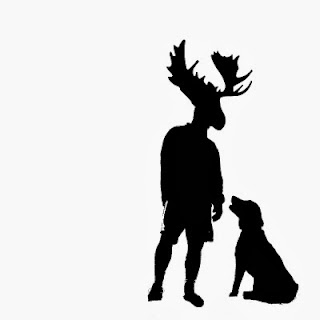 Comedy is an umbrella word harboring countless sharp divisions. For the same reasons the art-form garners cautious recommendations and brazen critiques, comedy as a term maintains its positive associations because of our subjective preferences. So it comes as no surprise that Labradoodle, An Essay on David McGimpsey eschews broad observation by targeting its key demographic: the creative class. If you noted the “on” in the title, you’ll know that McCann's punchlines are either bouncing off McGimpsey or self-inflicted, riffing constantly on the humble life of the poet. Here’s the sort-of title poem:

“Three years ago, I was not quite ready to use the word
labradoodle in a poem

It’s like that time I found, in the memo folder
of my Blackberry, the one word memo
Cocktapus. I thought about it for a long time,
how it got there, what I was trying to say

to my future self. Dear self. Cocktapus.
Much later, I added two more words:
Cocktipmus Prime. You can be physically
ready for sex but not emotionally ready,

I learned in grade eight. It was confirmed
the day I crossed out April on the office
calendar and wrote Cocktober. I just hadn’t
figured out what part of misery

“labradoodle” stood in for. Now I think I know.
Every day is a David McGimpsey poem,
and it’s half golden lab, and half whatever
“doodle” stands for. It is not good news.”

His comic timing not only registers on paper, it proves inseparable from his line breaks and I’ve sometimes needed reminding that McCann remains a poet first because of that fluidity. Beneath all of his wry, self-depreciating wit, however, is the insightful and inventive mind capable of catching fresh humour out of everyday rituals. Labradoodle contains many instantly classic, write-on-the-wall, one-liners that are best preserved in the hilarious logic of McCann's full verse and not necessarily in McGimpsey's shadow. All killer, no filler. 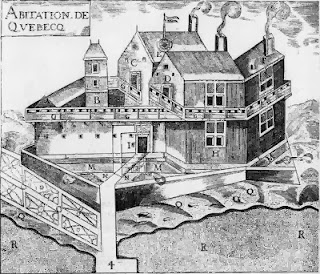 As someone with a background in music journalism, I find it difficult to approach The Laurentian Book of Movement without thinking of the many “super-group” bands whose results feel somehow less than the sum of their parts. That may seem like a ridiculous stretch but, across all mediums, the attempt to tug varying creative mindsets toward one communal goal often results in compromise. Thankfully the partnership of Christine McNair and rob mclennan amounts to a much deeper commitment than two songwriters opting to share a jam-space and that bond opens a gateway traversing nature and memory.

The lead poem delivers a history and relationship weighed in wet leaves; the mention of Augustin-Norbert Morin in 1842 forms a backdrop for the place itself, in a neat reversal. Caught up in the sensory overload of Lower Canada, late summer, McNair and mclennan traipse fresh language out of familiar, if rarely acknowledged, sensations:

“The skyline, black against the night blue. The first few pages of the
weather wrote a thunderstorm. The eaves were full of leaves. Rain
water overflowered the porch. We chomped out portions of late
summer, reckless portions of Aurora Borealis.

A thread pulls powder across various landmarks. We walk into the
Metro. This is not a pilgrimage.”

It’s a striking rumination of place made sharper by its unclear boundaries, its transient timeline. Nature, on its own clock. And as it becomes clear, the woods in The Laurentian Book of Movement bestow a burden just as indistinguishable. In “A red remark,” the landscape calms but yearns for exaggeration at the same time. A conscious distance also marks “salt seasons”, where the lowered stakes of luxury introduce twitchy desires. Inside there’s a peace that feels almost comatose; outside, an impetus to learn how one endures alongside nature.

As a guide, the most tangible history proves to be a personal one: “flash backward” illustrates in poignant, childhood snapshots how we grapple with our environment. Seemingly in agreement with the adage that we’re closest to nature as children, the near-prose numbers a series of trial-and-error memories, nostalgic only as a byproduct of being a reverent witness to nature – the lake and greenery cradling youthful confusion.

Due to its personal admissions, “flash backward” also calls long-overdue attention to the duality of authorship at work. Up until this entry The Laurentian Book of Movement has progressed bearing the styles of two writers entwined to a greater awe. Only in reminiscing about “cranberry stains along my dress” or being “conscious of my thighs. 10.” does the witness lean toward a particular sex and, even then, I suspect both parties are active in the composition.

French, based on the Roman actus. We systemize distance.
Generations, at length. A blunt object of decades. Sixty years ago, my
father, these hills. His own parents, too. My grandfather, his hands.
His generous smile. She is shaking out nothing.

My father, these hills. Ten years old. And a cousin, long lost.

Land division, we parcel. A district of ski hills, of trees. Shoved up by
the stands. We picture a river-front. We picture, a passable day.
Not simply some acres of snow.”

This above section taken from “Arpent,” presents a second example of McNair and mclennan’s hybridized style. It also, despite an early disclaimer, feels very much like a pilgrimage, even if their overlap of familial footprints is coincidental. The Laurentian Book of Movement was always going to be interesting; the merger of two such distinct voices assured it. But the autumnal journey taken across these pages has succeeded in nullifying my impish desire to dissect who wrote what and instead savour its bittersweet scope. A revisit of Prelude: selections from a collaboration is in order as McNair and mclennan have accomplished here what few super-groups are capable of: a project not necessarily beyond the sum of their individual powers (how would one quantify that, anyway?) but something unexpected, gripping and worthy of each author’s best work.

[Here's a supplemental reading (courtesy of Open Book Ontario) on the origins of this collaboration as well as some history on Sainte-Adele, Quebec, written by rob mclennan in 2011.]