How do poems start for me?

Many moons ago I began writing poems about the joys and difficulties growing up in an area of Montreal called Park Extension. My father was French Canadian and Catholic while my mother was English Canadian and Protestant. Such a marriage was distinctly frowned upon.

My early years were filled with hospitals for I was not expected to live long. Children with asthma and weakened lungs had no medication to help them breathe. The years brought new siblings, new adventures like school, with an interesting God hovering over our young lives.

They were halcyon years for me, but not so for my parents so different who struggled with each other as they brought up a family with little money through the religious, political, educational and sexual revolutions in Quebec.

Enough lead up…In the1990s I wrote poems about my life in those times. I sent out a manuscript that got rejected several times, and in frustration decided to rewrite it, centering not on me but on the neighbourhood of Park Extension, and the gasometer that was integral to its growth.

That probably sounds like a ridiculous thing to do, but as I researched using Lovell’s Montreal Street directory that gave names, addresses and occupations for every year from 1842 to 1992 and found that both my mother and father were born there too, and had known Park Ex for a long time before I was born there too. I wish I’d started this last collection when they were still around to answer questions.

But I had lots of material for poems. I began to research gasometers, for my gasometer was monumental in my small life. It was planted across the street from the three storey brick building in which my family lived on the top floor. It reigned like a palace, seventeen stories tall and as wide, shining with paint that looked like gold, reapplied each year by what we called Indians, indigenous workers from Kahnawake, then known as Caugnawauga, and I worried that they could see through my bedroom window and shoot arrows at me. I and my sisters were the only children living that close to it, and so high up.

I’d never thought about what the ‘gas tank’ contained, or where that gas came from, but found that gas had been made from coal on the other side of the mountain and piped underground to our gasometer. Dr. Russell Thomas of Strathclyde University, Scotland, the world expert on gasometers, was critical to my understanding of the process, as was a publication, Park Extension Through The Decades, by the Park Ex Historical Society, and other contacts who knew about gasometers.

I had tonnes of material to work into poems. Of course, that can be as much of a block of having nothing to start from.

But I did have experience by then, of having had two collections published, and I’d done my homework reading other poets. I learned a lot from Japanese poetry forms.

Finally a collection emerged from what I had. Lovell’s street directories gave me occupations of early Park Ex inhabitants, when and where they lived, patterns of movement that still happen today:

gasometer information led to poems on the importance of steam to so many early 20th
century advances:

steam for the operation of fire pumps

And so on, with another central core of becoming a teen, then young woman struggling with a mother’s depression, finding her place in a confusing world.

How do the poems start? With an idea, with a rhythm, with wonder, with passion.

It is the story of a Park Ex Girl, but the content applies to the growth of suburbs anywhere in North America, to a girl growing into a woman, and how her physical surroundings, and more amorphous things like religion and politics are building blocks in who she turns out to be.

It was a shock to me how deeply attached I was to those roots, to the gas tank. I wanted to know all I could about a place, my place, that is lost, a neighbourhood I barely recognize when I return. How much it hurts, especially that the gasometer and my family home have been torn down and built over.

The collection was published by Shoreline Press in Montreal a few months ago, the perfect place for Park Ex Girl: Life with Gasometer.

An aside: Dr. Thomas asked if I’d mind if he did a review for Historic Gas Times. Now it isn’t everyone who should have a review in Historic Gas Times, and I am honoured. But he also told me that the only other person he’d ever heard of to publish a poem about gas is Carol Ann Duffy, Poet Laureate of Britain for ten years, who wrote a poem called ‘Meters’, which he sent to me.

I now consider myself to be part of a unique bubble, just Carol Ann Duffy and me. I hope she finds out one day. 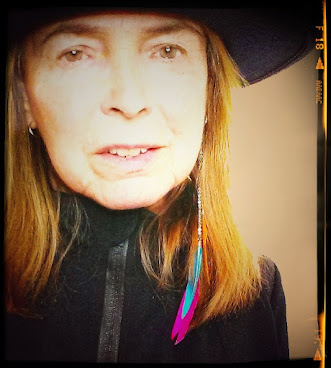 Claudia Coutu Radmore’s Accidentals won the bpNichol Chapbook Award in 2011. On Fogo, short-listed for the 2017 Malahat Long Poem Contest, was published by The Alfred Gustav Press in 2018. A poem from Fiddlehead was included in The Best Canadian Poetry 2019. She has several chapbooks, and full collections including rabbit, published by Aeolus House Press, and Park Ex Girl: Life with Gasometer by Shoreline Press, Montreal, both in 2020.

"I wish I’d started this last collection when they were still around to answer questions." Well said, lovely story of becoming a poet.