We Who Are About To Die : Joel Chace 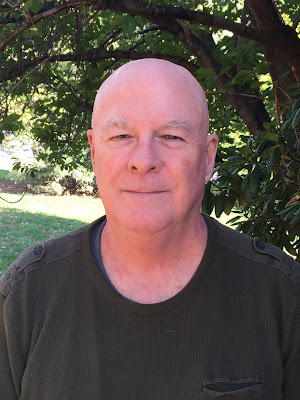 Joel Chace has published work in print and electronic magazines such as The Tip of the Knife, Counterexample Poetics, OR, Country Music, Infinity’s Kitchen, and Jacket. Most recent collections include Sharpsburg, from Cy Gist Press, Blake’s Tree, from Blue & Yellow Dog Press, Whole Cloth, from Avantacular Press, Red Power, from Quarter After Press, Kansoz, from Knives, Forks, and Spoons Press, Web Too, from Tonerworks, War, and After, fromBlazeVOX [books], and Scorpions, from Unlikely Books.


For the past three years, my wife and I have been living in Lancaster, Pennsylvania.  I retired after thirty-eight years of teaching, the last decade of which we spent in northern New Jersey, just outside New York City.  We wanted to stay in that area, but the cost of housing is exorbitant.  Our youngest of four children studied illustration at the Pennsylvania College of Art and Design, in Lancaster, so we came to know that city through visiting her.  The arts scene here is very active, and there are many excellent restaurants.


J.H. Prynne’s The White Stones and Gertrude Stein’s How to Write.  I just went through an extended period of reading and re-reading works by and about Robert Duncan:  his The Opening of the Field, Ground Work, and Fictive Certainties, as well as Lisa Jarnot’s biography The Ambassador from Venus, and a collection of interviews with Duncan, A Poet’s Mind.  My friend John Taggart should soon be publishing a critical study of Duncan’s work.  I’m looking forward to that.


Since January 20, I continue to be struck, almost daily, by the toll that the T-rump Presidency is taking om millions of people, internationally.  My friend Jake Berry recently commented that the best way to stand up for free speech is to practice it.  That idea truly resonated with me and confirmed my feeling that making art is essential and is, in itself, a form of protest, especially in a time darkened by a world leader who possesses almost no imagination and no curiosity about the world around him.


At home, I write at our dining room table.  When elsewhere, I seek out the nearest dining room table.  I sometimes write directly at my laptop.  When I’m rather less certain about what’s happening with a poem, I use a legal pad.  If I’m creating visual poems, I’m usually in our basement at a coffee table.


I’m putting together a couple of visual poetry sequences, as well as a series of, for me, longer textual poems.


Presently, I’m sending around queries.  If there are publishers out there who would invite me to put out a new collection, I’ll be delighted to cooperate.


Despite my stated fondness for Lancaster, I’d love to be living in a fine, old apartment in Manhattan’s West Village.  What can I say?  I love that place! 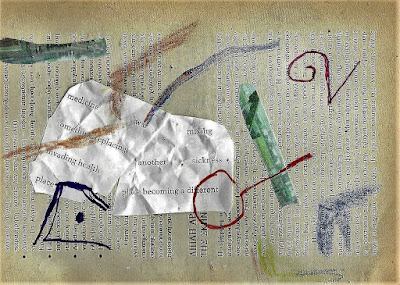 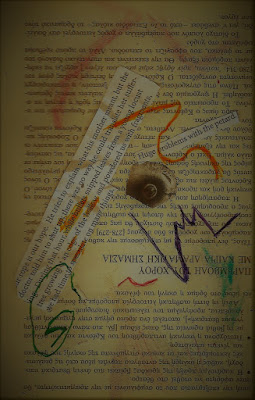 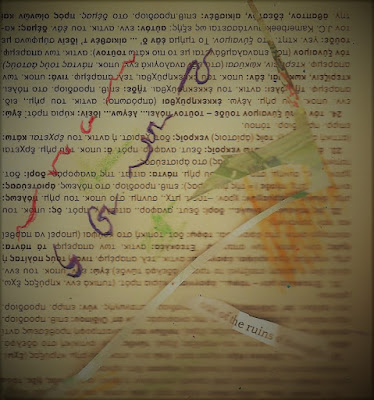 Email ThisBlogThis!Share to TwitterShare to FacebookShare to Pinterest
Labels: Joel Chace, We Who Are About To Die