We Who Are About To Die : Gregory Betts 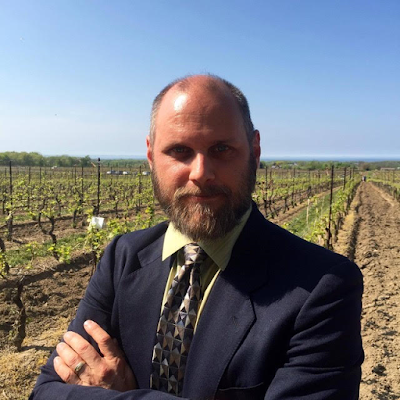 Poet and professor Gregory Betts is the author of 7 books of poetry and the editor of 5 books of experimental Canadian writing. He also wrote the first history of Canadian avant-garde literature called, appropriately, Avant-garde Canadian Literature. His writing has won awards, been widely reviewed and anthologized, and taught in schools and universities across North America and in England. Betts is an activist for the literary community in St. Catharines. Since arriving in 2006 (to teach at Brock University), he has organized a constant series of events, creating a stage for hundreds of the best and most interesting authors from here and around the world. To this end, he is the founding Artistic Director of the Festival of Readers.

Where are you now?
I live in St. Catharines, Ontario, Canada, beneath the escarpment, between two lakes, a river, and many borders.

What are you reading?
I’m reading a lot of Indigenous literature lately (currently Emmanuel Anati’s The Imprint of Man), indulging in novels, and gearing up for another run through bpNichol’s The Martyrology.

What have you discovered lately?
Gerald Vizenor’s notion of “survivance”, which combines survival with resistance. In particular, he developed the idea in relation to the Anishinaabe people overcoming cultural genocide and persisting, which by itself is an act of defiance against colonial domination. I’ve been thinking about survivance more generally, too, as a way of thinking about life as a temporary defiance of death. As we delve deeper into the anthropocene, our species (and planetary) survival becomes an act of defiance. But against what? Ourselves? Death itself? I have been wondering if our survival will depend on a resistance to the temptations of capitalism, if we have the wherewithal to form the necessary allegiances.

Where do you write?
At home. When I can. Where is a place nestled in time.

What are you working on?
I just finished reviewing the proofs of my selected works of Margaret Christakos (due out in April). I am writing the odd poem, but avoiding a bigger project that has already stretched out over 3 years. I’m also revising a manuscript with Gary Barwin, revising a collection of essays with Christian Bök, revising my book on Vancouver avant-gardism, teaching, and developing the Festival of Readers (now in year two!).

Have you anything forthcoming?
My selected poems of Margaret Christakos is primed and ready to go. Nothing else is imminent.

What would you rather be doing?
This spring, I’m delivering academic papers at 3 conferences on 3 very different subjects (Concrete poetry, contemporary Indigenous art, and mid-20th century representations of Louis Riel), giving 2 public lectures (Feminism in the 21st Century for Boys, and something on Leonard Cohen), and developing a new online course on “Contact in Canadian Literature”, which is to say settler representations of Indigenous people and Indigenous representations of settlers. The material I’m working on right now, creatively and as an academic, is varied, challenging, and vital. My noise band broke up, though, so I’d love to get more experimental music into my life. Otherwise, there ain’t no place I’d rather be.


To know something is to see the point
I see it, over there, free of it. March from the frost of it.


Whenever it points at me
I cower, cover, clear. Pull the world’s space like a sheath around me. Step to silence.


The world machine and its celestial mechanics
The price paid is this telescoping mask. Pace, mine, terris.


The habitually boring
Machine that pushes me deeper into the earth. Laconic regulations.


I recover some aspect of myself
The luck of the rabbit ears.


Lumber as a passport, a plinth
On a beach, the horizon wavers. Plodding like diamonds.  I


The point pins me down
I knock about,

Email ThisBlogThis!Share to TwitterShare to FacebookShare to Pinterest
Labels: Gregory Betts, We Who Are About To Die