We Who Are About To Die : Ken Hunt 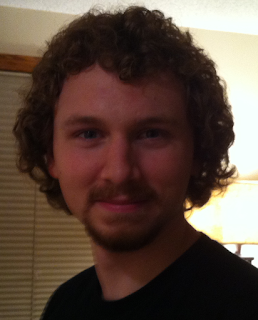 Ken Hunt’s work has appeared in NōD Magazine, No Press, Rampike, Spacecraft Press, and Matrix Magazine. His first book of poetry, Space Administration, was published in 2014 by the LUMA Foundation as part The 89+ Project. For three years, Ken served as editor of NōD Magazine, and currently serves as poetry editor of filling Station. In 2014, Ken founded Spacecraft Press (https://spacecraftpress.wordpress.com/), an online publisher of experimental writing inspired by science and technology.

Where are you now?
Right now I am in Calgary, having just finished my History BA and English BA at the University of Calgary. I will be moving to Montreal in late summer to attend Concordia for my English MA, specializing in Creative Writing. I am excited to find out what kind of manuscript my MA will generate. Darren Wershler has agreed to act as my supervisor.

What are you reading?
Right now I am reading too many books at once, as usual. In terms of prose, I just started At Grand Central Station, I Sat Down and Wept by Canadian author Elizabeth Smart, which is written with incredibly beautiful, poetic language. I am also nearly finished reading Jeff Vandermeer's Southern Reach Trilogy, a horror saga one might call a fusion of Lovecraft, Atwood, and the Strugatsky brothers. In terms of poetry, I just picked up a copy of Steven Zultanksy's Bribery, along with Angela Rawlings's Wide Slumber for Lepidopterists, both of which I have just started reading, and love so far. I also recently finished reading Heimrad Backer's Transcript (a profoundly sobering, emotionally draining experience). In terms of graphic works, I am about halfway through Unflattening by Nick Sousanis (which is nothing short of stunning), and I just finished perusing Richard McGuire's Here, a clever exhaustion of the concept of disconnected temporarily applied to a particular physical space. Finally, in terms of literary theory, I have been chipping away at Marjorie Perloff's Unoriginal Genius, which has so far proved compelling.

What have you discovered lately?
Lately I have discovered that I still love playing with LEGO bricks, this Calgary spring has been uncharacteristically dry so far, six years of undergraduate school has left me out of shape, and John Carpenter has recently released an excellent album of unused soundscapes for movies that were never made, entitled "Lost Themes".

Where do you write?
I write at home, on my computer, at night.

Have you anything forthcoming?
Right now I am working on a collaborative project, the working title of which is "Apollo". I will be inviting various fellow writers to send me a few pages of poetry, prose, or 'visual writing' that respond to a particular Apollo mission that I will be 'assigning' each collaborator. I am currently still compiling a list of contributors, but I will be contacting them shortly. I am also writing a choose-your-own-adventure, text-based game, which has been released for free by the video game company I co-founded, Bump Games. If you are using Windows 8/8.1, or if you have a Windows phone, you can download the app for free here: http://apps.microsoft.com/windows/en-ca/app/76aab50b-5d4a-44e4-9713-30a646fc33a5. The app will also work on the upcoming Windows 10 OS.

Spacecraft Press (SPPR) has several chapbooks coming up over the next few months: https://spacecraftpress.wordpress.com/forthcoming/. In addition, I recently finished my four year long erasure of NASA's 248-page Apollo 11 Voice Transcription document, entitled "The Odyssey". I have sent the manuscript out to be considered for publication, and I also plan to print 11 high-quality copies of the book this spring, through SPPR.

What would you rather be doing?
I often think that I would rather be writing prose, which I have considerably more difficulty doing than writing poetry. I have a first draft of a novella finished, but I have not gone back and tried to edit it yet.

In the Shadow of the Moon
For Buzz Aldrin

we were in the shadow of the moon

satisfactory photographs
unfortunately
were not produced

the black sky was different
on the surface of the moon
from earth, the surrounding light
is visible when looking at the night sky

Email ThisBlogThis!Share to TwitterShare to FacebookShare to Pinterest
Labels: Ken Hunt, We Who Are About To Die