Jesus, how has it come to this? How is it someone has asked me to say something about writing? I suppose I should know something about it, considering I can look at the bookshelf beside me and see a bunch of published books by. . . well, me (and not self published either). I was practically illiterate until I reached high-school. I failed grade four because I couldn’t read or spell. I was a disaster. Even now, as I type this, the red squiggly line appears often under words misspelled. I can’t tell you how many hours I’ve spent looking up words in the dictionary. Thousands. Thank bloody goodness for spell-check.
So what can I tell anyone about writing? For me, it’s about being creative. It’s about creating things, making thing. When I was a kid it was about building Lego, drawing cartoons, and making my own computer games. I’ve always made things, artistic things. I love doing it. In fact, as I’ve gotten older, I realize making things, let it be Lego castles for my kids (which are really for me) or Halloween monsters for my lawn, or writing novels, it’s what I love to do. The medium is the only difference. Different tools, different products, but it’s in the creating where I live. With writing you get to create a whole world which can be as big or a small as you want. The only limit is your imagination. I’ve got that in spades. Straight flush. My limitation is time. I only have so much time. Dishes, stepping on a Lego piece and doing the one foot hop, a day job, dogs to walk, kids to drive here and there, help with the school fundraiser, etc. and then repeat ad infinitum. I like this quote from writer Harry Crews which I keep it on my wall at work: “The world wants you to work the lawn or walk the dog or paint the house – anything but write, just so you bleed whatever energy you have away from writing, and if you’re not careful that’s exactly what you’re going to end up doing.” This is exactly how I feel about writing, how I feel about creating things. It’s what’s important to me. Aside my family, I don’t care about anything else (well that’s not entirely true, but close) other than my writing. If I lost my DVD collection or someone stole all of my books, I could care less. If someone were to erase my hard drive I would murder them. I would be on the cover of the newspaper covered crimson like Dexter. Writing is creating and creating is how I breathe.
I got into writing because of my love for film. Perhaps this is what I should have done with my life? Maybe it will still be the thing I do? Time will tell. But yes, film. I lived and breathed film. I ate celluloid for breakfast. Lauren Bacall hung inside my high school locker. I wanted to be a screen writer. A screenplay was far too daunting of a task. I began with short stories and poems. These seemed like manageable pieces to chew. And they were. And after seven years of typing and editing I managed to publish my first book, a collection of short stories (Six Ways to Sunday). And never begin a sentence with “And.” Cheapens the work.
Post publication I felt high and wanted more. The mountain stood before me – the novel. Why climb? Because it’s there you nincompoop! Sorry about the name calling. Anyway, I climbed. When I got to the top and realized it was a mountain rage. There are tons to climb! I also discovered much to my own amazement I liked climbing. And right now I realize I’m sick of this stupid analogy. I like writing novels. Period. I’m currently finishing my third. How crazy is that? From the kid in remedial English his whole life.
I suppose I should say something about work habits, my work habits. Often writers say you should write every day, even if it’s crap. Just write. Bullshit I say. If you are sucking wind, take a break, take the day off. Go do something else. Go read a really good book, go for a walk, go see a movie. Hell, do all three. Shit, take the week off. Come back to when you are ready. I live by this. I would write every day if I could, but often I just don’t have the time or energy (remember the words of Harry Crews). I try to carry around a note pad and a pen in case I get a good idea. Write them down because you will forget. Sometimes I dream them. If you wake up in the middle of the night with a great idea, get up and write it down, because if you don’t, you won’t remember. Trust me. Get your lazy but out of bed and write it down. You will thank me in the morning.
The last piece of advice I will give you is, read good writers. Who is a good writer? It’s the person you read that blows your hair back and makes you say, “Damn, I wish I had written that!” Read them and find out who they read. Don’t forget to pay attention to the world around you. Eavesdrop on other people’s conversations. Listen to how they speak. Listen to the ebbs and flows, the rhythms of their conversation. Write dialogue and make it sound like real people. Use slang. Be fearless.
I will leave you with this quote from Harlan Ellison, “The trick is not becoming a writer. The trick is staying a writer.” 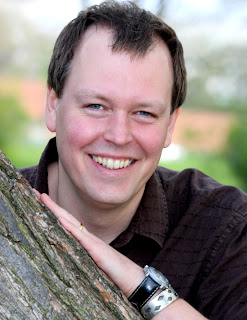 Christian McPherson [photo credit: Judith Gustafsson] is the author of six books, Cube Squared, My Life in Pictures, The Sun Has Forgotten Where I Live, The Cube People (shortlisted for the 2011 ReLit Awards), Poems that swim from my brain like rats leaving a sinking ship, and Six Ways to Sunday (shortlisted for the 2008 ReLit Awards). He has a degree in philosophy from Carleton University and a computer programming diploma from Algonquin College. He is married to the beautiful Marty Carr. They have two kids, Molly and Henry.
Posted by rob mclennan at 2:45 PM

Email ThisBlogThis!Share to TwitterShare to FacebookShare to Pinterest
Labels: Christian McPherson, On writing