An Infinity of Blues:  Art as a Form of Attention
Susan Glickman

Before I learned to write I learned to draw and, to some extent, I still see the former as a more nuanced and sophisticated version of the latter. Making art is a way of representing the world to yourself; of looking closer so you can see what’s really there. The eye as microscope; the page as time-machine. Sharpen the focus. Slow everything down. Then copy what you see as accurately as you can.

I cannot remember a time when I wasn’t a bystander; when I didn’t feel apart from things, observing them. I suspect this is typical of anyone drawn to the arts. A person fully immersed in the world isn’t compelled to scrutinize it, but if something or someone has flung you out of the centre to the periphery you necessarily inhabit a space of exploration. This is frightening but also liberating, which is why we continue to make art despite loneliness, frustration, lack of response, and lack of remuneration.

Until I went to university, the visual arts were just as important to me as the literary ones, but then I moved into my head – a space even smaller and more cluttered than a library carrel - and writing took over. There no longer seemed to be any way paint and charcoal could represent the honey and vinegar of reality; only language, parsed into metaphor and allusion, quotation and dislocation, could build a second world with anything like the variety and terror of the first. Words have been my medium ever since. I have worked as an English professor, a creative writing instructor, a mentor, and an editor; written poetry and fiction for adults and children, scholarly essays and dissertations, and book reviews. For recreation, when I wasn’t hungrily devouring other people’s books, I played Scrabble and Boggle and did cryptic crosswords. I even read Roget’s Thesaurus for pleasure! I was completely besotted with language.

Part of this intoxication was childlike: I loved playing with the sounds and textures of words. And part of it was more adult and urgent: if I only learned enough, maybe one day I could write something true. Daily life hurt; it made no sense. But literature would save me, if only I could write my way in to the truth and then out again, to offer it to others. 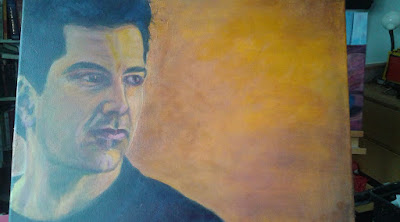 Then in September of 2015, exhausted by literary disappointment and juggling family demands, employment, too many illnesses and deaths, I took a break from writing and went to art school. And in drawing and painting and sculpture I’ve recovered the joy of making stuff not as a path to “the truth” -- which I no longer believe in -- but as an end in itself. When a model is posing in the middle of a room and twenty people are working at easels in a circle around him you invariably get twenty versions of “the truth,” each dependent on the painter’s height, angle and acuity of vision, hand-eye co-ordination, native skill, learned technique, quality of pigments and brushes, knowledge of other painters’ work, emotional state that day, life experience …. In the art studio it is immediately obvious that everyone’s view is partial, as is everyone’s ability.

This is something writers too often forget, but remembering it would help us be more generous not only to others, but also to ourselves. There is so much vitriol among reviewers of Canadian poetry these days. Maybe it is fueled by the reviewers’ own frustration at trying to make work that is not only authentic to their individual experience but somehow revelatory of a larger “truth”, not merely well-crafted but somehow canonical. What if we relieved ourselves of that burden and acknowledged that the task is impossible, and that none of us will ever get it right? Would that make the poetic enterprise more enjoyable?

For me it has.

Studying the laws of perspective, gradation, and shading, mixing pigments to emulate the colour wheel, trying to understand spatial relationships -- all of this is bringing me back to poetry with renewed faith and energy. I’m no longer worried that I’ll never write anything great, I just want to write something good. I can never capture everything I know about a person when I paint their portrait, but if the subject is recognizable and my own feelings come through, I’m happy. The past few years of incessant feuding in the Canlit scene and of my style of writing falling out of favour made me doubt that was sufficient. But art has always been my way of paying attention, and that attention connects me to the world and makes that world liveable. Without it there is just clutter and noise; conflict and appetite. With it, cobalt, pthalo, indigo, ultramarine. An infinity of blues. 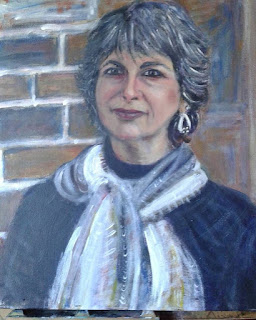 Originally from Montreal, Susan Glickman is a recovering academic working as a freelance editor and creative writing instructor in Toronto. She is the author of 6 books of poetry (a 7th due out sometime soon), 3 novels for adults, 3 novels for children, and a book of literary criticism.
Posted by rob mclennan at 10:10 AM 3 comments:

Email ThisBlogThis!Share to TwitterShare to FacebookShare to Pinterest
Labels: On writing, Susan Glickman 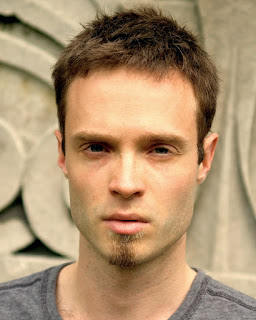 Sean Braune’s theoretical work has been published in Postmodern Culture, Journal of Modern Literature, Canadian Literature, symplokē, and elsewhere. His poetry has appeared in ditch, The Puritan, Rampike, Poetry is Dead, and elsewhere. His first chapbook, the vitamins of an alphabet, appeared in 2016 with above/ground press.
Posted by rob mclennan at 1:41 PM No comments: