As a child growing up I wrote recreationally: long summer holidays in the backyard tent writing comic books and horror fantasies. I wrote to fill the days when all the other games had been played. Then – last year of high school – I got the vocation and became a writer. This was the identity I embraced, the one I aspired to.

It was the 1960s. Society, I wrote, was an effigy. I crouched under the vulnerable roof beams of a suburban house and wrote fables of the post-apocalyptic poet’s passion as he sits – “starving, hysterical, naked” – amid the rubble of nuclear holocaust. Already sentenced to death by radiation poisoning, the poet refuses all aid, raging only for the page and the pen to record his last inspirations. His masterpiece is no less sacred because no readers may survive to appreciate it. Writer as cultural hero in the ruins.

Fast-forward a couple of decades and there’s that anomalous character again – the writer sitting up in the dark. Thereʼs a job to get to in the morning, but a poem is in there somewhere struggling for survival, the messy room the death scene of many a story and poem before it.

In those middle years, time was always short. I wrote after Tree readings or First Draft meetings till two in the morning. Wrote standing at the basement workbench after everyone in the house was asleep. Walked early to my desk in a government office and wrote for half an hour before taking up the day’s chores. My identity as writer had found its voice and it gave orders: Finish what you start! it told me. Get something in the mail today! Don’t self-censor! Get out there! That there is no one, or nearly no one, to read what is created with such urgency lends some pathos to the image, but the romantic gloss still gleams like coal.

Jump cut forward another two decades and observe the writer no longer burning with the need to write but rather content in his work. Having made the bold move and quit the day job, I put together a living with writing at the centre and, surprisingly, time doesn’t rush to an end; it expands. And the writerly vision expands to fit. Whole days are spent in half-trances. The poems get larger in scope yet take form in a year or two, not gradually over a lifetime. Society may be an effigy, but it is on a slow burn. The writing won’t save it, even if it had readers, but even without readers it does something for me, something short of redemption.

Looking ahead another decade or two, I can imagine writing as recreation again. Surely I will by then have answered my doubts about what must be told, what may remain unsaid. I will not be staying up till dawn for fear there’s another line to be added that may never have another chance to be born. I will have written poems instead of building furniture or serving meals, and that will be an okay thing to have done with my life, even if it is not that important to anyone but myself. And in the middle of the night one more poem might be circulating, gasping for air, seeking a chance to be. 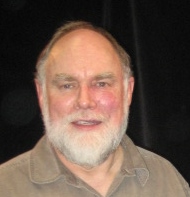 Born in Toronto, raised in Calgary, Colin Morton has been writing in Ottawa for over 30 years. As well as writing ten books of poetry and fiction, he has performed his poetry on stage with musicians and artists, on audio recordings and in an animated film. He was publisher of Ouroboros editions and vice-president of the League of Canadian Poets.
Posted by rob mclennan at 1:27 PM

Email ThisBlogThis!Share to TwitterShare to FacebookShare to Pinterest
Labels: Colin Morton, On writing