Otherwise Smooth by Rosmarie Waldrop
The creeks by rob mclennan 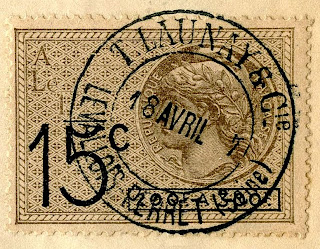 The concept of living in the moment is simple in theory but difficult to execute. It’s a cliché dressed up as friendly advice yet also a core discipline in Buddhist thought. It’s a dangling hook for vacationers and an art form for procrastinators. We all feel the passing of time when peering backward but how many of us identify the time ticking away right now, each second as recognizable as individual words being read on this screen, at this moment? Waldrop explores the relationship between our transient time in this cosmic happenstance and the language we’ve constructed to explain it.

That said, if we can ignore Rosmarie Waldrop’s reputation as a known poet and editor for a moment, Otherwise Smooth bares only residual markings of poetry, visually. None of the stern line-breaks she used in The Ambition of Ghosts, no fragile cascades of language here. But, despite the title, these nine, numbered entries elicit a raw form of poetry, one more concerned with understanding its own nature than striking the most appealing pose. Here’s something of a centerpiece from Otherwise Smooth, "5":

“I say “I” and thereby appropriate the entire language. And trust I am,
through words, gradually to become. A person? An instance of
discourse? Plain as the sky to a fisherman? Beginnings are hazy, below
the belt, where a face is not yet possible though already bespoke by
gravity. But pronouns do not refer to anything in space and time
except the utterance that contains them. Each time, like death, unique.
Not like walking in light that lies like fine dust on the ground, but
language handing me, each time, the gifts of memory, a past. A soul?
While the voice excites intimacies of organic existence, modulates the
frequency of pulses from nerve fibres. Code. Clouded sentence.
Crowded square emptied of bustle by a sudden rain.”

The poem reprinted above – indeed in its first sentence – forms an apex upon which all of Otherwise Smooth hinges. Waldrop has articulated a voice that is not only conscious of its own devices, it’s yearning to express innate feelings through the confines of that manufactured language. The poem also ushers in the focal theme of Otherwise Smooth’s second half, loss and death, which lends her “ticks of the watch” awareness all the more acute.

Critically, her assembling process, of choosing the best words to suit myriad situations, plays out on the page. In "6", Waldrop’s grief is “Without body. Without air. Therefore I too can’t breathe. Sore. Sere. The self goes from the self” while, in "7", she describes mourning as “the passage of time you’re no longer in, and the clocks risk stopping. The rock has split. Early. Eerie.” These amendments of speech, almost like stutters on paper, reinforce Waldrop’s shock.

Given the insular (yet universal) subject matter, these poems feel surprisingly sterile. There’s no nostalgia with which readers might veer off course. The past exists and is left alone but the present hasn’t been compartmentalized yet; it leaves no hue or definition. And in that limbo Waldrop connects, her language battered by suffering and hope, predestined to chase after permanence, recording every tick.

“Mercy does not come from the sky”
Norma Cole, Coleman Hawkins Ornette Coleman

If the above quote, which prefaces The creeks, feels like a foregone conclusion, rob mclennan proceeds to trace mercy’s whereabouts from the ground up. What churns to the surface isn’t necessarily forgiveness but a swelling of earthy compassion; the waterways, hedges and concrete throughways we form relationships with, both as obstacles and touchstones.

Poem "The creeks" surveys a convergence of raw and abandoned materials: the dark, iridescent wet of a cave, the date-stamped artifacts passed over. Appearing in three prose findings, it’s handily the chapbook’s most loaded entry and perhaps its cryptic key. Underground rivers meet slabs of pavement but there’s a sense of disarray, that these “remains of civilization” lack category, appreciation.

Ample cases of contrast exist in The creeks, between natural and manmade discoveries, forming a mute awareness instead of any environmental concern. mclennan is very good at implying the presence of two persons in his work without letting them obstruct his focus, persons who more often adapt to the currents around them than act as agents of change. As such, over “bashed ancient stone” and “useless, feathered, goods” mclennan’s surroundings reverberate on the relationship between his would-be anthropologists, always teasing a sensual interpretation.

Alternately “site map: draft” collects a sequence on Ottawa’s concrete upheavals but still notes a pulse lurking within its infrastructure.

hard-bodied; crunching past,
a singing,         sword; the Queensway,
fractals, lifts; an interruption

mclennan’s immersed in the language of a city, becoming. A conversation bound to change with each new construction sign. Arising from the title poem’s deep abyss and lush in the isolated prose of his “Escarpment pages,” mclennan repeatedly finds that it is compassion linking the place and its commemoration on paper.

Some might consider that analysis quaint but “Escarpment pages,” turns the relationship on its head with the arrival of letters waterlogged by the elements. “The pulpy mass of paper heart becomes.” As mclennan’s trajectory continues to climb up, away from tangible surroundings, so too does his muse bleach into the creative fray. From “Little sentences,”:

“Each mark is equal to a line or a separate lie. The word sonnet
scratched onto green paper. An envelope edge torn off as a bookmark.
The hair of each curled photo cracks at the crease, memories that no
longer remember. Once you were gone I divided into two distant
pools.”

Again the virtues of place shape the language, this time coding personal vignettes in sleet. And again, mclennan’s “we” proves resilient amid the shifting terrain. Offsetting the massively daunting relationship between place and language with intricacies webbed up in his signature, concise style, mclennan has illustrated a treasure of ideas in unassuming strokes. “We might bend, but in new forms” he suggests in “A terrible decay,”, a fitting closing poem that feels light-years removed from everyday topography but ever-closer to a timeless compassion.