We Who Are About To Die: kevin mcpherson eckhoff 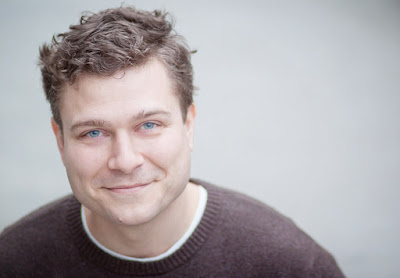 kevin mcpherson eckhoff sometimes oogy-boogies and othertimes ugga-wuggas. His most recent book is their biography: an organism of relationships (BookThug 2015), which is “wide-ranging” and “fun” according to The Globe & Mail. His shit has been shortlisted for the Relit Award and the Robert Kroetsch Award for Innovative Poetry. Jake Kennedy is his bestfriend for life, and together they collaborate on all sorts of literary shenaniganery, from unpoem performances to guest editing deathbed issues of Canadian journals. kevin lives in British Columbia with a mommoo, two boys, three dogs, a hedgehog, and a few regrets.

Where are you now?
I am in my bedroom inside a house built in 1920 on land within Splatsin territory.

What are you reading?
James Franco’s Directing Herbert White, but only for the purpose of destroying it via Oulipian mutations. I’m also reading a lot of Jan and Stan Berenstain, as well as text messages from various family members. I wish, however, I were reading Amanda Ackerman’s The Book of Feral Flora or Ethan and Malachai Nicolle’s Axe Cop.

What have you discovered lately?
I have discovered that lava can be as hot as 1250°C, that Triceratops may have been omnivorous, that dumbbell flies can be done on a declined bench, that my partner would love to be a doula, and that the period is likely going extinct.

Where do you write?
Wherevs.

What are you working on?
Pretty much too much: a series of autostereogrammatical visual poems, some short anti-stories, a growth chart, Redirecting Herbert White, a writer’s grant for the Canada Council of the Arts, supper, a children’s picture book, a collaborative performance with Moez Surani tentatively titled Enactments, a speculative YA novel about a future wherein the speed of light has severely decelerated, patience, and a suite of poems built from faux amis between English and mostly other Romance languages.

Have you anything forthcoming?
Why, yes. Something called The Pain Itself should be emerging sometime later this year or early next from Insert Blanc in LA. And thanks to the Kickstarter campaign, it looks like I’ll be signing at least one copy in my own blood.

What would you rather be doing?
Acting.

Email ThisBlogThis!Share to TwitterShare to FacebookShare to Pinterest
Labels: kevin mcpherson eckhoff, We Who Are About To Die