For a long time I was nothing if not disciplined, partially due to the fact that people give me a lot of writing manuals. They all said: write, keep writing, and after that continue to write. It's the only way to get good. Or Malcolm Gladwell: 10,000 hours. I heard what they were saying. Grace and inspiration do not substitute for regular sessions of hard, attentive work.

I am still disciplined. I still make the hours to sit down and write. But I used to make words that entire time, type and type and type. I would end up with book manuscripts, piles of short stories I didn't know what to do with. At first, I sent them all out. (I apologize to the editors.) I revised these stories and books, I was serious about them, but they lacked something. I wasn't obsessing. I wasn't driving myself crazy. I was treating the writing like a product, which needs a certain amount of work and is done.

In other words, I didn't care. I cared; I wrote the story, I got inside its characters, I worked on every sentence and every line. But I didn't care so much that I would walk twenty miles barefoot through the snow to bring it to an editor's door. I took the manuals' advice about rejections too. When something got rejected, I shrugged. There was plenty more writing where that came from.

In the last year or so I have begun to understand the importance of waiting with a piece. Of considering it, reconsidering it, obsessing over it, allowing it cycles of staleness and freshness and hopelessness and resurrection. The writing of mine that I am most excited about is the writing that I have simply stared at for a long time, doing little aside from invest it with a kind of psychic energy. Not much changes on the page. A comma, move this section after that. But I feel an intentionality build in the pieces I spend this kind of time with, a solidness that earlier work didn't have.

When these manuscripts are rejected, I have trouble taking it in stride. Emotional investment, as it turns out, causes pain.

The easy thing would be to say that this pain is worth it, given the associated joys. I'm not sure this is the case. I would be a better, happier person if I didn't feel the need to write. But I do, and in responding to that need I have to remind myself over and over that there is something more than typing and revising, a spirit hovering between and around those two processes and buoying them. I've heard other writers say not-writing is a form of writing. Gestation is part of the process. But having written, and staying stuck to what's written, is another form of writing I wish I'd known about earlier on. It's unhealthy, not nearly as Buddhist as I strive to be, but that stuckness often feels like a saving grace. With it, the writing ferments. It begins to become something. 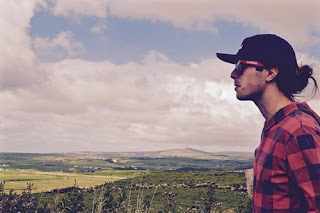 Dennis James Sweeney's hybrid fictions have appeared in The Collagist, Crazyhorse, Five Points, Indiana Review, and Passages North, among others. He is the Small Press Editor of Entropy, the recipient of an MFA from Oregon State University, and a recent Fulbright fellow in Malta. Originally from Cincinnati, he lives in Colorado, where he is a PhD student in creative writing at the University of Denver.