The flute and the flue delineate ignition in patterns hypnotic, a tactful tool welds. Quenched in experience, silly dose stirred, this charm hones in on, rounds, an enchanting inarticulate. It carves the body to suit the loot exed on the map of well-being, and the searching sounds emphatic. It turns on aura, juggling capricious laws. It’s love-drawn of grocery list glyphs and crumples on ideal. Heroic character appeals appear, triumphant over branding’s infections. Fine tuning pitches twiddle severance. It sorts reverence. The smelting of importance from desire melts. Frankly, you get the knack of it splashed. Charges check the calendar for emblazoned strategies, and you check yourselves for cancers. On drama’s scale, oscillation’s gingerly placed while the can can oil leverage. A heart darts its truth about festering pages. A rare tranquil breath

gets gifted. Catharsis is used or uses solipsists. Right there, obliteration’s assembly’s made legible, simply put. The purveyors of dialogue’s death get their wish, and the instrument shrapnel’s inhaled. It’s thought it ought not automatically become resistant to becoming automatic. It’s spice wars. There’s the ting that suggests survival’s vial. Drowning, it arranges a bubble bouquet of strange tempo breaths, a bequest of warped light o’r your gazes’ plumes. It’s new skies’ bloom, scaled on a mud sunken contrabass, beating at place. It’s the rhyme of a multiverse, your subliminal face says. When it seems all gone an improvised groan paints the rattle in exhausted hum pipe, to write, to recall, variably, life. The actual lies dormant. Actualize might 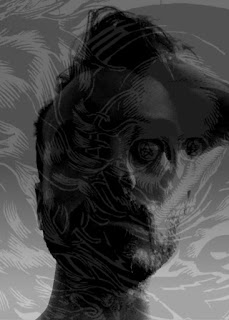