I am leery about trying to answer a question about writing that begins with the word “how” and I am leery about writing about my own process or about writing about writing in general because almost always I tell people that what I do is irrelevant to everyone that is not me, and that somehow there is a  kind of ruination implicit in answering this question, and I’m not talking about my ruination but the questioner’s and I care, I surely care about the questioner because I care about writing (note I didn’t say “good” writing because, frankly, who is to judge what is “good” writing and what is not?) and I want writing to continue, forever if possible, because now that we have the technology, why not? at least until something better comes along but here’s the thing: nothing better has come along, not even emojis, because emojis are a form of writing.

I am leery about speaking of my process – admittedly my process leaves much to be desired, but it leaves much to be desired to me and it is, or should be, irrelevant to you – because, like actual taste, meaning how the chemicals in food interact with our taste buds, process is personal, one of the most subjective things there is. There is nothing objective about my process because it is singular, mine, and shall be mine forever. Again, that word, but it’s my process and you can’t and shouldn’t follow it. Ever.

I am leery about writing about writing, just as I find, say, movies about moviemaking (or, worse, about a certain version of “LA”) or plays about the theatre itself, tiresome and closed to a lot of people, namely everyone (yes, there are exceptions because in the end a good story is a good story, don’t fill the comments section with examples of how I’m wrong, I was asked to write this not you). Of course, if you take this idea to its logical conclusion you would say I am advocating the end of Creative Writing programs everywhere and, no, that’s not what I’m doing, that is perhaps another essay, perhaps, but also perhaps not from me.

I am leery about telling you how I write because I will let you in on a secret: no two works are alike. Every novel/story/poem (I’m assuming this since I don’t write poetry) is different and each one demands a different kind of preparation and, yes, work, there is no other way around it, each piece of anything is of a new thing, a work that is independent, of itself, the similarity nothing more than words on a page.

I am leery about writing. It seems such an odd activity, the product of compulsion more than anything else, an act of brave foolishness, sure, or perhaps just foolishness, I don’t know, again, I’m just happy we have people foolish enough to write because there are certainly simpler things we can do, simpler ways of putting ourselves out there, simpler activities.

I am leery about anything to do with writing. Except reading. I like that. And I’m happy there are writers out there battling whatever forces they must battle in order to give their work to the world.

My answer to any question about writing that starts with “how” is “write.”

My answer to any query about “process” is “write.”

In the end, that’s all we have. Everything else is just window dressing. Or flotsam. The ooze of procrastination. 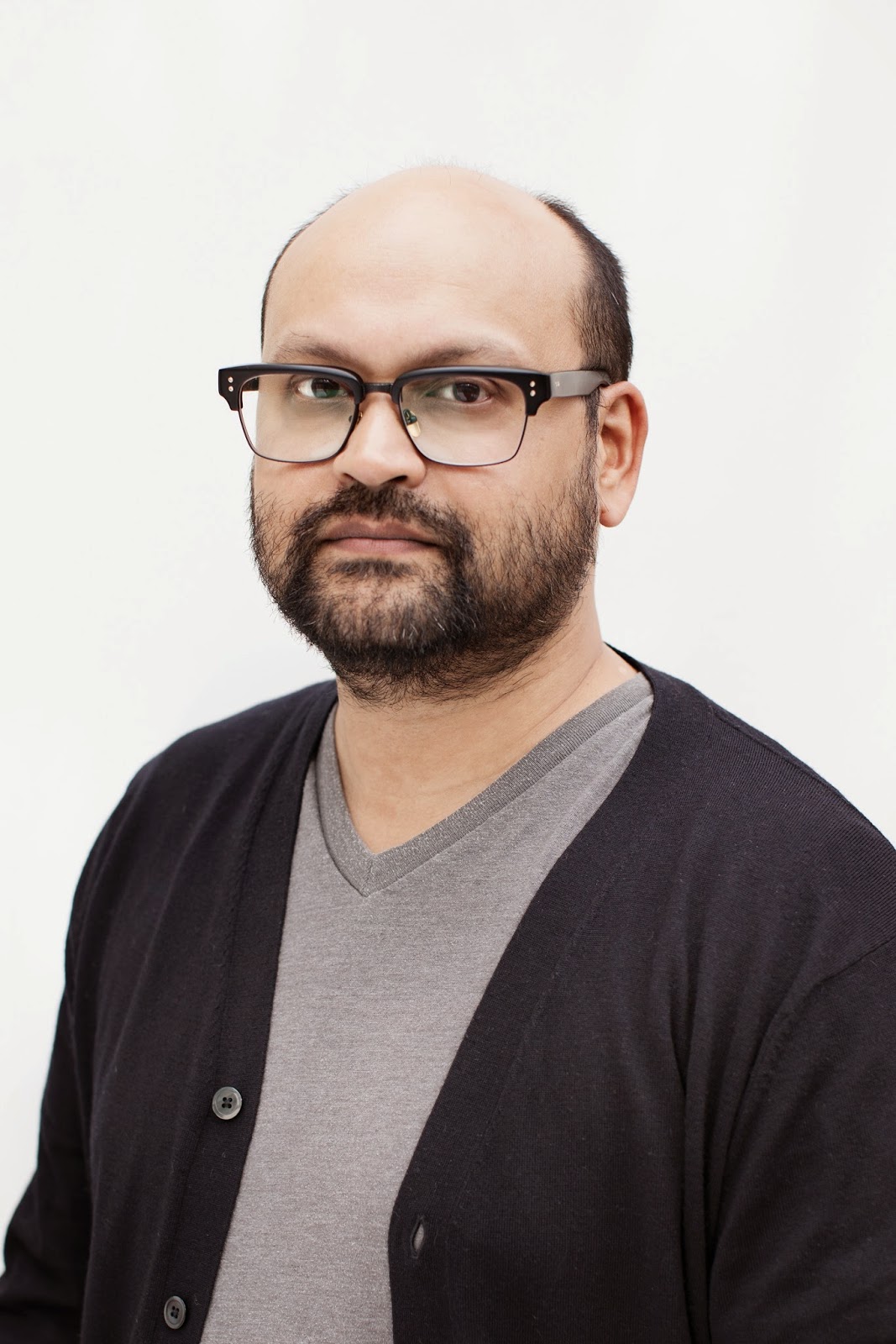 Arjun Basu's first novel, Waiting for the Man, was published in 2014 and longlisted for the Giller Prize. In 2008, he published Squishy, a collection of short stories that was shortlisted for the ReLit Prize. His stories have been published in many literary journals, including Matrix and Joyland. He also writes 140-character short stories he calls Twisters on Twitter (@ArjunBasu), which have won him a Shorty Award, lots of press, and a worldwide following. Arjun lives in Montreal with his wife, son, and dog.

Email ThisBlogThis!Share to TwitterShare to FacebookShare to Pinterest
Labels: Arjun Basu, On writing