How I Became a Writer
Adam Sol

I’m ten.  My friend Derek and I are playing soldier in the woods that surround my home in rural Connecticut.  There are old stone walls to hide behind, and fallen branches with which to fashion machine guns and rifles.  There are clods of dirt to use as grenades.  There are gray squirrels and chickadees making a suitable racket that we can manipulate for our dramatic purposes.  There’s a scummed-over pond to act as a border and landmark.
Derek is a few months older than I am.  He’s taller and more handsome and I admire him greatly.  He is the leader in our games.  His parents are Latvian and when I’ve slept over at his house, they’ve given me new foods to eat.  They dress their thin pancakes in powdered sugar instead of syrup.
In our game, Derek and I are constantly being shot in the shoulder or leg.  We shout “I’ll save you, buddy!” and drag each other through last year’s fallen leaves to some imagined safety.  We never call each other “buddy” except in this context.  We believe that “buddy” is a term soldiers use for each other.
Now we are crouched behind a white oak, with its rugged bark and roots thick enough for a prone rifleman, preparing for our next attack on the enemy stronghold.  Derek points to a granite boulder, and signals that he’ll approach from the left, while I should making a flanking maneuver near the pond and come up from behind.  After a silent signal, we separate to sneak into our positions.
The ground is damp near the pond, and there is as crop of skunk cabbages that needs to be carefully crept through.  I avoid stepping on them as if they are landmines, and proceed as quietly as possible, arcing around toward our objective.
When I’m in position, I catch Derek’s eye and with boys’ joyous imitations of soldiers’ screams we launch our assault.  The slaughter is glorious – my branch rifle is shattered in one desperate melee and I am forced to slay my opposing commander with blows from a handy stone.  I am shot in the right thigh and must limp.  At last I emerge victorious, leaves clinging to my sweatshirt, and attain the promontory.  I scan the field for Derek, who is lying face up at the base of the boulder.
“Buddy!” I shout, leaping from the boulder and preparing to apply a grape vine tourniquet to his shoulder.
But no.  Derek is dead.  He says so:  “I’m dead.”  “But where were you hit?!  I can save you!  We captured the fort!”  “No, he says, I got shot in the chest while you were killing the general.  My guts are all over the place.  I’m dead.”
I am confused beyond language.  Is the game over?  Did I make a mistake?  Should I be dead too?  What happens now?  Do we need to go inside to play board games with my sister?  Are we still friends if Derek is dead?
A moment passes.  Then Derek jumps nimbly to his feet and yanks a twig from a low beech.  “Now I’m Derek Two.  Let’s secure the perimeter.”
From now on, Dereks and Adams will perish liberally, affording us opportunities to take on divergent new personalities – the coward, the reckless fool, the saint, the bitter veteran.  Each will meet his individual fate.  We’ll even occasionally turn traitor on each other.  Then we’ll invent new names. 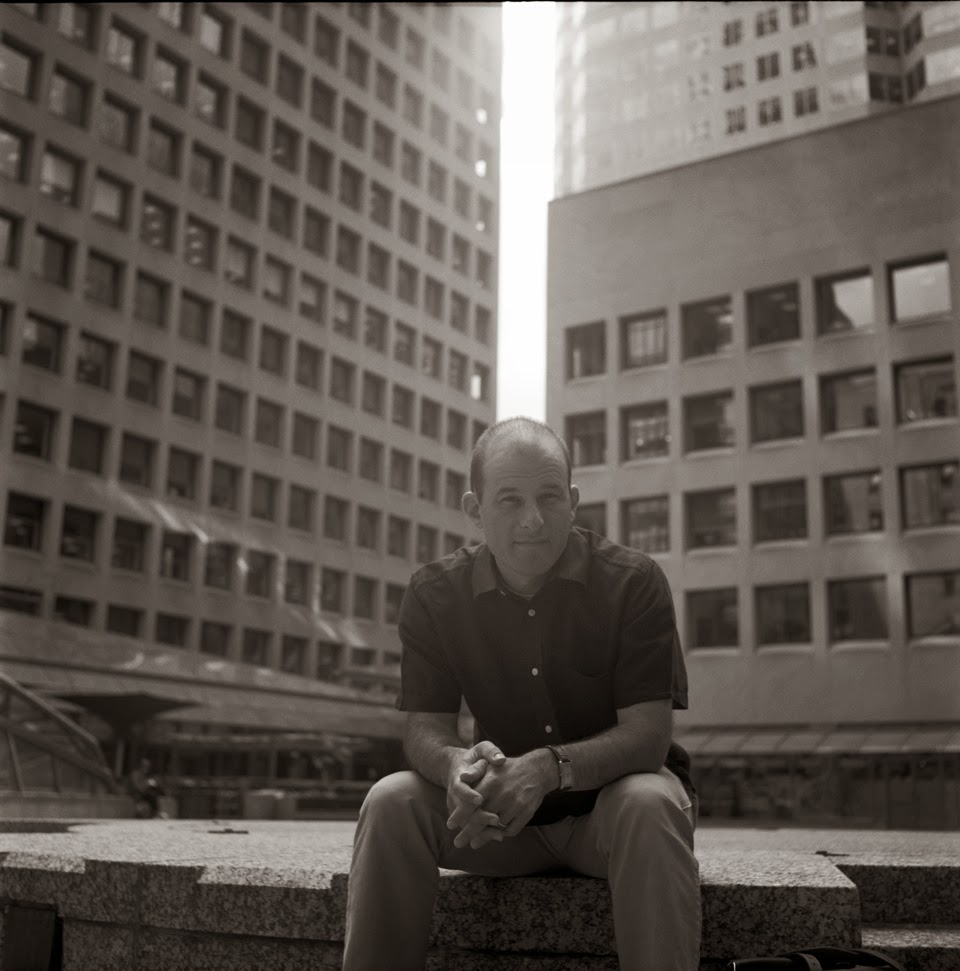 Adam Sol’s fourth book of poetry, Complicity, was recently published by McClelland & Stewart. He teaches at Laurentian University’s campus in Barrie, Ontario, and lives in Toronto.

Adam, what a great take on the equation of writing with invention. I always tell students that as soon as they write "I," they've stepped away from themselves as they know themselves, or, at least, as they present themselves. And Lucie Brock-Broido's quote, "Don't be afraid to tell the truth, even if it's a lie." I got shivers at that moment when Derek announced his death.