Louis Zukofsky said: poetry and horses and shit. What he really meant to say was that if we ever wanted poetry to mean something then that's why spring fields smell like manure. And I guess, when I bend my mind toward guessing, the earnestness usually expected is what I'm really trying to address, when I bend my mind to addressing. And then, Louis Zukofsky said: I liked Ezra Pound at first, right up until the rest of the world found out he was an asshole.

The thread through it all hinges upon value, upon words and capital. So, I would seriously like to let poetry's fans know that no poems were harmed in the making of the canon. Despite the best attempts of white theorists in the 1970's we're still talking about the world, still grifting every morning or surrounding ourselves with like-minded people in order to complain that the rest of the world just doesn't get it. I'd like to take an informal poll: how's that working out for us?

To paraphrase, Louis Zukofsky said: keep your hands off my bottom line. At least in the first half of A, that's what he was probably getting at. And really, what rubs the spice on the chicken carcass of it all is that every one of us prefers not to think of him or herself as a meat eater or the problem because of:

To paraphrase Louis Zukofsky: make of me a kind of shrine to which you will always bow, and tell others about my greatness, for that is how we shall build this pyramid and in the future it won't even matter that we are poets. And then he moved on to write the poems in the second half of A that were basically a big middle finger to the overthinking of things that had fallen out of the backside of modernism. Therein we find a chance to stop being assholes in our writing, or at least I do except that I haven't learned the lesson yet (obviously).

At the end of it all, when the money dries up, when we're crammed in an elevator speaking loudly in an attempt to be overheard, when whatever mall we are in stops employing us, when all we are left with is our dignity (maybe?), when there is no other reason to write poetry because even the poets don't care anymore as we trade virtual business cards and high fives and copy and paste grant applications to infinity, at the end of it all, to paraphrase Zukofsky: "Don't/bother me." Just kidding, he continues, please review my next book. 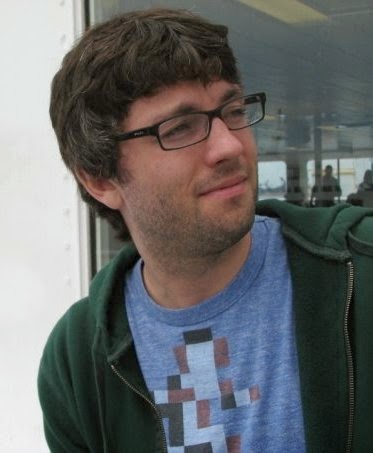 Jason Christie's poems have appeared in many journals and magazines, including N/A, filling Station, dANDelion, Poetry is Dead, Action, Yes!, The Capilano Review, West Coast Line and Interim. He is the author of several chapbooks, most recently Government published by above/ground press (shortlisted for the bpNichol Chapbook Award). Jason is the author of i-ROBOT Poetry, Canada Post and Unknown Actor. He is also an editor alongside angela rawlings and derek beaulieu of the anthology Shift & Switch: New Canadian Poetry. Jason has lived in Toronto, Calgary, Vancouver and now calls Ottawa home. He is currently writing poems about a fictitious forest, a tongue-in-cheek take on Jason and The Argonauts, and Money.
Posted by rob mclennan at 10:55 AM

Email ThisBlogThis!Share to TwitterShare to FacebookShare to Pinterest
Labels: Jason Christie, On writing

The title of Zukofsky's work is "A" not A. Leave out the quotation marks & you miss two-thirds of the title