Sometimes I prize being liked over my writing. It feels like everyone I know is doing something in New York. Fuck New York. I’ve never liked it there. Well, that’s not completely true. When I was in eighth grade our class raised enough money to take a trip to New York. I was obsessed with musicals, and New York was the place to go. We chartered a bus, me and all thirty-something of my thirteen-year-old classmates, and headed up through the Appalachians.

It was a fifteen-hour drive, and I barfed nineteen times in the tiny bus bathroom. In case you have a case of the fuzzy math, that’s about every forty-five minutes. Apparently, I was the only thirteen-year-old with vicious motion sickness. That motion sickness followed me around until I was about nineteen, and it was just as vicious until it finally  took off, and I started moving around.

I can’t say too many curse words on the internet because I do have a day job that involves working with two-year-olds. Wouldn’t be right for them to grow up and find out I use all sorts of language. It’s like me growing up and realizing jazz is a real thing, which completely cemented my fidelity to the experiment.

I have been having these daydreams about moving back to North Carolina—where I lived over the summer and was able to get brief glimpses of the fuzzy mountains looking all blue on the horizon. Blue, blue, beautiful North Carolina.

Right now, I live in Snohomish, Washington. Yes, that’s right. It’s pronounced sno-HOH-mish. It’s full of perfect little colorful houses and antique stores. The colorful house I live in is surrounded by wild overgrowth—gardens and pretty lights and gargoyles and moss and some fences, and it is up high on a hill so I can look out at the town below and out at the mountains. The ground is always wet, always stuck with fuzzy and tender bright green moss. I bet the word moss was invented here. I remember my brother had a He-Man action figure named Mossman, and he really smelled like forests and moss, and when I see this moss here it’s like I can smell him—like sage and lemon mixed up in bright freshly cut grass.

I’ve lived other places with mountains too. Vermont for one, where the moon overhead just stares at you with the green green mountains circling it. Like you’re swimming in the moon’s own fishbowl.

Montana, where winter’s snowy and you wander around in the white, looking for landmarks, where occasionally the clouds break up and behind them is a peak of a mountain somewhere close to Canada.

I attempted to write a novel for the third time when living in Madison, Wisconsin. There isn’t a mountain in Madison, but there is water everywhere. Two big lakes straddle the strip of land that hosts the town.

I loved it. I loved to walk by the water. My first day there I sat by the water reading all afternoon, and when I got up to walk home I put my hand down right on my glasses and had to walk home in the this new town in near blindness. I lived with twenty-six other folks in a huge housing coop and there were folks there, immediately there, when I returned home ready to commiserate with me—I smashed my glasses! 2003 couldn’t get any worse! And it felt that way—my grandmother had died, a friend had tried to kill herself, I had been cursed with food poisoning that put me in the hospital, and I had broken up with my boyfriend at the time—a really nice boy, but we just couldn’t make it work. The year felt like a failure.

Then it was over, and I lived in this great town, Madison, and I started studying African languages, and I had twenty-six new friends, and I started working at his hat store where we could sneak around in the middle of the night and have a beer in the quiet and try on hats. And I tried on hat after hat after hat that year.

Then I travelled to South Africa where I met my good friend Tyler. And moving around there—my usually adroit roaming—wasn’t as easy. I ended up travelling alone, trying to escape a sangoma who had put a curse on me. I ran off to the ocean and cut off all my hair and tried to hide out by the beach for a few days until I broke down and called Tyler and asked for help. He responded by taking a taxi across the country, and he ended up on the doorstep of the little house I was staying in around midnight that night saying, “From now on, Hailey, you’re travelling with me.” So we moved on; we went to Lesotho and buried ourselves in the mountains and rode ponies.

I’m starting to think it was then I knew that I couldn’t bury myself in these places—any places—securely. You can’t hide out anywhere for long. Little clusters of landscapes can only pepper your novels and poems for so long until some truth must come out. But people like landscapes, even city ones, and I do too. I’m writing my fourth unfinished novel and poems (always poems) in Sno-HOH-mish where I have the ocean and the mountains at arms reach, and I use them, I rely on them to ground me to this place.

Truthfully I’d like to square off with the events—all the things I’ve done so far—not just the places, but it’s the places that have always kept me in a constant loop with language. It’s the places, the landscapes that have kept me writing. All the places I’ve ever lived have always crept up around me and offered me some new forestry to hide out in. The words of places, they fill in, they bury me a little and it’s comforting to be buried. Anyhow, cuss words can’t hide from two-year-olds anywhere, in any town, thanks to the internet.

But the future is shaking off its forests. The mossy landscapes are still here (pointing to my heart and my head and then all around me), a big part of me here, only I’m not letting them get quite as overgrown. I want to see what’s happening in them too. So, from now on, no more blind commitment to the popular fiasco of writing to the landscapes. No more hiding places. I value my time in the sun and the sun is everywhere, even in my mossy new home. Where writing happens. Where poems are at my fingertips. Anything can be said. Like anywhere, where everything happens. 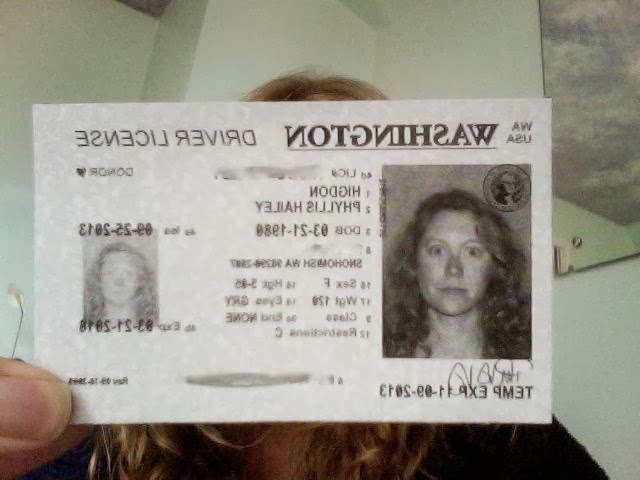 Hailey Higdon is from Nashville. She is the author of the chapbooks The State in Which (above/ground, 2013), Packing (Bloof, 2012), and How to Grow Almost Everything (Agnes Fox, 2011), as well as the book blog The Palinode Project. She occasionally makes tiny chapbooks for What To Us Press. She currently lives and works in Snohomish County, Washington. She has called many places home.
Posted by rob mclennan at 3:16 PM

Email ThisBlogThis!Share to TwitterShare to FacebookShare to Pinterest
Labels: Hailey Higdon, On writing