About a year ago, I decided to stop writing.
Creative writing, that is. Emails, reports and other officious writing continued. What stopped was the carving out of time at the end of a long day of (enumerated) work, once children were read asleep, to fuel up on caffeine and peck away at the next novel until my frantic mind calculated that four hours of sleep on a weekday was, in the end, not smart.
Not only would I not write, I would allow myself not to feel guilty for not writing. You writers know what I mean.
The inner voice that would demand its tithe of focus and time would be condemned to a sound-proof box and I would take the path of “normal ”; the majority of humanity who don’t have to build the world anew every morning but dwell in the structures and the institutions of the world as they exist. Do the 9 to 5. Have hobbies that know their place. Do homework with the kids. Hang out.
It took me a long time to get there.
Writing and the creative life had been my bread and butter in my 20s, producing original story ideas for newspapers, magazines and even some television. But that was the 1990s, in that dying era of the paid journalist.
By 2000, the Web was acknowledged as here to stay and I transitioned to HTML convincing others that the Web was just like other media just with code (and please, don’t leave the actual writing to the webmasters). Interestingly, it was also the beginning of my published literary career and the splitting of my work and creative personas: Web professional by day; story writer by night and “stolen” time.
I published a book. Had babies. Ran a reading series. Published more and got on the social media wave in that last naive period of the pre-ebook publishing. Then all hell broke loose. Kindles, Kobos, EPUBs, oh my. And what’s an author to give away or keep and what’s a decent ebook royalty, anyway?
In 2010, my publisher, Key Porter, closed its doors and my experience in the late 2000’s was that other publishers seemed ill-equipped both for the social media revolution, never mind the e-book revolution to shortly come.
I forged a new path. I self-published my own e-version of novel on Kobo while deciphering open source software, EPUB and BISAC’s. I taught workshops on book marketing and e-publishing. I went to book-tech conferences and sat on panels. I co-developed an EPUB writing software, just. All fascinating projects. All my way of trying to make sense of the current upheaval in book publishing. But no “real” writing. Who has time to write in chaos?
Now, after living “normally” for a spell, I discover I might just have some extra time in which I can write. More crucially, there have been two creative ideas that keep returning to scratch at my door. Do I dare start to write again?
Let’s look at state of the writing world.
Book industry - still pretty much in chaos, although friends are still getting published. In hardcover yet.
Template for the ebook of the future - still waiting for this.
Financial reward - not only stagnated but reversed. Decline of the mid-list. Expectation of authors to write for free. Generally, depressing.
Frustrating writing tools. Remember when the only writing programs were Word and WordPerfect and although both sucked at least they were consistent? For this essay, I had to remember which device it was saved on, whether it was MAC or PC or open source. Do I want a distraction-free interface or a format that my editor can read?
Yet, if I am to be truly honest, I also stopped writing because it no longer brought me joy. Upon hearing that a complete re-write of my latest manuscript was necessary to make it “sellable”, I thought: “Nuts to this.” I no longer was passionate about the book, indeed, not sure if I ever was. And if I’m going to have to go through all the editing-formatting-marketing-selling-technical effort, there must be something in it for me.
Joy.
Yes. That’s a good start. Shut out the rabble and meander to the page. The page is always waiting. And if there is some delight to found there in the act of creating, then continue. Maybe, just maybe, I’m ready. 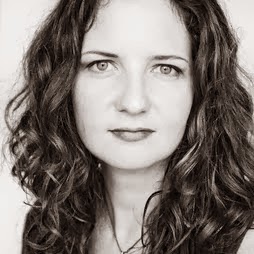 Nichole McGill is the author of Girl #3. She also oversees the Web presence of the University Ottawa and blogs occasionally about Web, writing and social media at www.nicholemcgill.com.
Posted by rob mclennan at 2:05 PM

Email ThisBlogThis!Share to TwitterShare to FacebookShare to Pinterest
Labels: Nichole McGill, On writing