In the first, numbered entry of Seedpod, Microfiche, Gary Barwin stakes himself some earth in a local setting and issues a standpoint. The setting carries the calming air of a park, some quaint greenspace barred at all sides by the infringing noise of a city’s hustle, and Barwin articulates the scene as if transcribing the beats of a field-recording. He’ll return to this spot repeatedly over the course of his new chapbook – in spirit if not in person – toying with memory spores that organically shift about. 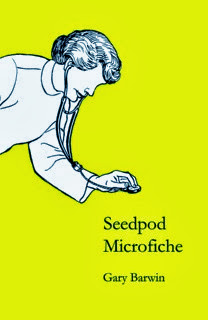 a grass blade, a truck
a small son
a constellation

evolution is an oblong song
the fishes whisper

seedpod, microfiche of twilight
a dewdrop observed, a cobweb
a weed-wrapped tongue or treetop

bulrush, an art song
consciousness
a fossil 8-track of the city

there is, my love,
a stethoscope whose end
is nowhere
whose earpieces
are everywhere.”

Is Seedpod, Microfiche a long poem exploring the conservation of one’s bearings or a half dozen incarnations of that one twilight? It may read like a shrug when I say “both” but Barwin does too good a job of balancing dual momentums here – one locked in constant revision, the other evolving layer upon layer. As a series of memory drafts substituting aspects of the plateau set in “1”, Seedpod, Microfiche puts forth a playful tone. But as an episodic long-form poem, those word-swaps take on a somber agency of their own, reflecting the aches of an aging timeline.

After “winter makes smaller our small sun”, “3” goes on to say that “seedpod is the nape / of springtime on the map of trees”. With seasons there are years unspooling Barwin’s casual landscape, marked affectingly by the way his metaphor about love and stethoscopes evolves. The youthful romanticism in “1” doesn’t harden so much as loosen into vague uncertainties by “5”:

love like a stethoscope
with neither ears nor heartbeats”

Possibilities narrow into proofs. The whispering fish build a barbican; “a grass blade” becomes “glass stuck in the foot”. The park is now seen through a different set of eyes. Seedpod, Microfiche’s spectrum can be flipped through within minutes but its brevity belies how a knack for the right words (and some alluring omissions) can deepen an implicit narrative. So it is that Barwin’s “oblong song” exists off the page, between renditions; his unassuming language like tectonic plates opening a fissure that readers will think on long after the last page.

“1.
She was asked to be part of a production of the Vagina
Monologues but after a couple of rehearsals they said she
wasn’t convincing enough.

Convincing enough at what, she thought? It’s your moan,
they said, it needs some work.
You have to moan as though you weren’t doing it for an
audience. You’re going to need some help.” 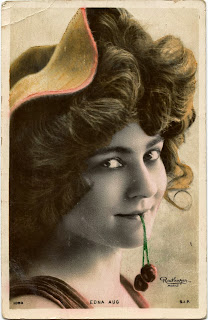 You can admit if you’re already hooked. The premise, matched with Monty Reid’s informal storytelling, renders Moan Coach an immediate page-turner. It almost reads like the beginning of a joke headed someplace dreadful but, by page two, Reid commits a potential Saturday Night Live sketch to deeper concerns on femininity, sexuality and authenticity – all twitching through the lens of a demanding society.

It’s still broadly funny, mind you, and Reid’s handling of semi-tragic themes remains light and focused on the oblivious surface. In fact that casual tone seems fitted with the task of keeping Moan Coach together, judging by the way Reid’s line-breaks and punctuation defy any persisting discipline.

“9
She was sleeping poorly.

Something gathered in the corners of the ceiling, abandoned
skins under the bed.

For sure there was all that moaning. Yes, you were doing it again last night, said her partner

I’ll be in the spare room when you want me.”

It takes an unwavering voice to guide Moan Coach’s readability without letting its aloof spirit register as disinterested. And it no doubt helps that Reid’s protagonist, whose sexual identity conforms to a series of male-supervised amendments, faces a highly sympathetic problem: how can we express ourselves without fear of correction? And why is individuality so often met with consternation instead of success? Questions like these shudder like aftershocks well after opening night wraps in Moan Coach, an engaging chapbook that sacrifices easy punchlines for thoughtful commentary.
Posted by Ryan Pratt at 9:13 PM