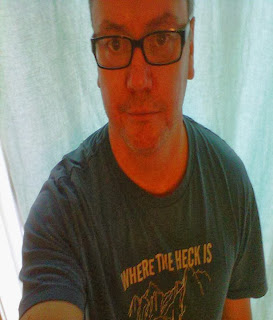 Sean Johnston's latest book is the novel Listen All You Bullets (Gaspereau, 2013). He's also the author of The Ditch Was Lit Like This (Thistledown, 2011), All This Town Remembers (Gaspereau, 2006) and A Day Does Not Go By (Nightwood, 2002), which won the 2003 ReLit Award for short fiction. He lives in Kelowna, BC, where he co-edits Ryga: A Journal of Provocations and teaches at Okanagan College.
Posted by rob mclennan at 4:17 PM

Email ThisBlogThis!Share to TwitterShare to FacebookShare to Pinterest
Labels: On writing, Sean Johnson