I write this today in Salt Lake City, almost exactly one year from that day in July when I began a new manuscript. Mostly, I just culled from work already written, puzzled those pieces together and finessed when necessary. I completed the first draft in August. I have not looked at it since.

I have thought about it, though, and on the rare occasion even jotted down an idea that seemed worth not forgetting: “Cut Rose,” “Turn tea house into B&B,” “Kill tea house woman?”

In the three seasons that have passed since I put away that draft, I have mostly been reading and studying for exams. I have also loved and recovered and hardened undeniably, which I hope is no less necessary for my writing than reading and thinking about characters who love and recover, and harden or don’t.

The only writing I have done is critical. For the first time in my life, I took an entire semester to write a paper (vs. whip one together out of thin air during finals week). It was on Wuthering Heights, and I had several 10+page drafts, each taking a different approach based on the thousand or so pages of criticism I’d researched and attempted to synthesize.

At the time, I considered each false start wasted energy, but now I regard them no differently than I do the many drafts of any of my creative works. I’d never taken that kind of time before to write, and revise, and revise again, a final paper. It was fun. It was! I enjoyed it. It was like solving a mystery, searching for and hoping to find the right clues, and trying not to be distracted or misled along the way by wrong clues.

I also wrote a long paper on Bleak House, but it was of the whip-one-together variety, as I’d taken so long to finish the Wuthering paper I’d left myself only finals week to attack it.

Besides formal papers, I’ve blogged conversationally about other exam texts, mostly for fun but also as a prayer that any writing now will yield better recall in the exam room.

All of this is to say: these texts I’ve labored over and am still laboring over have changed me as a writer. Analyzing so many narrative strategies, thinking about structure and form, games and methods of play, concepts and characters that have transcended their texts and stood the test of centuries, I’m pretty much just overwhelmed, confused, and tired. So I write this today in Salt Lake City believing I can’t possibly offer anything of value “on writing.” All I can say with certainty is that it is humiliating to try.

If great writing is the product of great thought, then we must of course (as everyone says) privilege the long and laborious—but hopefully rewarding—process of revision. Thinking and rethinking. Writing. Re-writing.

Marguerite Duras says a book will scream at you until it’s finished. Mine, which I have not seen for a year, is just now starting to fill up its lungs with all these built-up thoughts. It’s a slow inhale, but an inhale nonetheless.

So let us take our time. Let writing be a product of waiting, thinking while living. Let us disregard the voice in our head that says we must be publishing more. Let us work at the pace that serves us best. And let us silence, or attempt to soothe, the screaming. 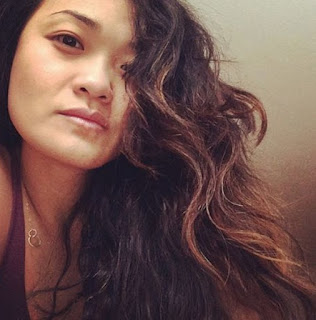 Molly Gaudry is the author of We Take Me Apart and Desire: A Haunting. She is the founder of Lit Pub.
Posted by rob mclennan at 1:23 PM

Email ThisBlogThis!Share to TwitterShare to FacebookShare to Pinterest
Labels: Molly Gaudry, On writing