Sitting with the IPad, tracing the outlines of the Louisiana coastline I am flooded with frustration and desire: I want this coastline. That is, I want to place the coastline into the text of the poem, into the public discourse, I want to put it in sight. Because it is largely invisible and vanishing.

I pick up the stylus and trace the tiny islets of the birdfoot delta, the endless cuts through the marsh made by fishing fleets, shrimpers, oil and gas drilling operations, pleasure boaters and anglers: the fragmented coast is fractal in its complexity. This is what it looked like in 2000. 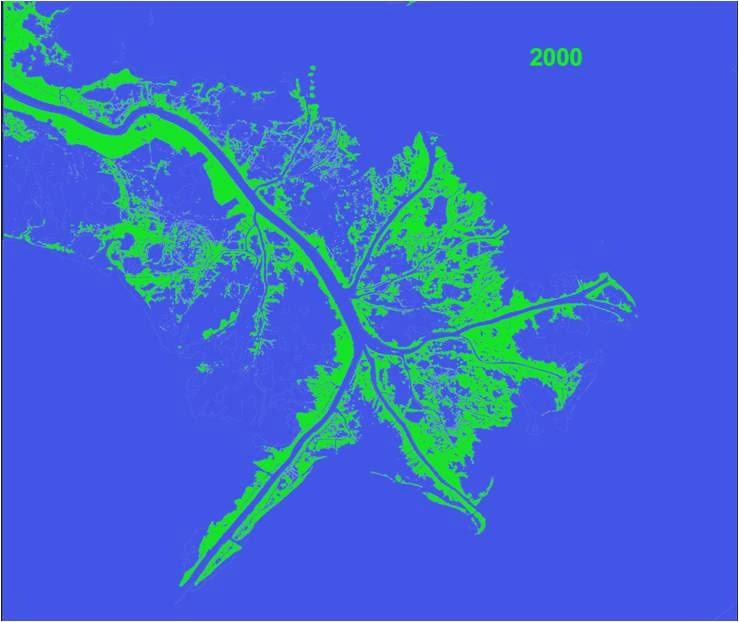 You can see where we are from where we’ve come: this is the birdfoot delta in 1937. 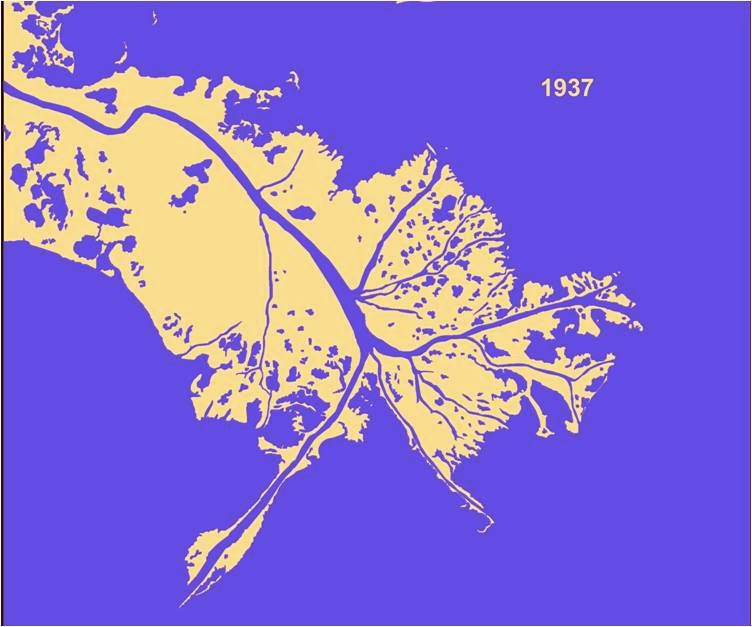 My tracing task would have been quite a bit easier if I had started well before I was born. Though the destruction had already begun with the building up of levees that prevented flooding, prevented the silting up of the coast, prevented the land from remaking itself in the face of tides, currents, hurricanes, human traffic, and the natural compression of the soil.

From 1932 to 2000, Louisiana lost 1,900 square miles of land, or the state of Delaware. Of course, we think, Delaware is tiny in the scope of the continent. And it is. So is the island of Manhattan, which is equal in scope the amount of land lost every year from Louisiana’s coast. So, what if Delaware just disappeared, or Manhattan?

The Southeast Louisiana Flood Protection Authority has sought to sue the oil and gas companies that have been the agents of so much of the land loss, having cut 10,000 miles of canals and pipelines through Louisiana’s coastal lands. Though of course Bobby Jindal is fighting tooth and nail to protect the interests of the oil and gas companies, patrons of his political ambitions.

Is it possible to bring urgency to the back page news item, the flickering story on the nightly news?

It is hot here in Syracuse, mid-summer, and I’ve just moved from Louisiana where this project has its origin. Fans blowing, windows open, I move the stylus ceaselessly over the touchscreen, shifting view as I complete a section. It takes most of the week to complete the tracing, then go back to enlarge the view and smooth out what I’ve done, before finally uploading it to the computer.  —Then what?

Documentary poetics affords me a way into a poetic project from which I have a complicated distance. Though I lived in Louisiana for eleven years and came to love this landscape in all its mutability, I am no native. Indeed, my politics, my atheism, my ethics with respect to community and the ecosystems I am indebted to are marginal ones in Louisiana. I sometimes feel the people of this state are loving the land to death. And they do love it. Hunting and fishing are central activities of the culture, even as fishing is also central to the economy of the state. Louisianans can’t wait to get out on the water, out to the coast, or the deer lease, or the fishing camp.

Fox news gets a lot of play in Louisiana to no good effect. People are fearful: jobs jobs jobs is the mantra, and I get that. People need livelihoods. But the preservation of the status quo in the local economy—mainly extractive, as well as chemical refining and production, commercial fishing, and tourism—is dependent upon industries that are forces of terrible injury to the coastline and the human environment, to say nothing of all the other-than-humans we are intricately bound up with. And this is true across the planet, notably in that great middle section of the United States, producing soy beans, corn, cattle, pigs, and chickens, factory farms spewing out “product,” tainted product at that, for our consumption along with a toxic stew of waste, which then makes its way into the Mississippi.

The Mississippi River has built its sprawling delta again and again, shifting from site to site as the silt it once freely spilled over the coast built up the land around it and forced the river elsewhere. If we abandoned the levees along its banks, the river would flow through the Atchafalaya Basin and begin again further west from where its present outlet south of New Orleans lies. The Mississippi River drains the entire middle part of the United States, lying between the Rocky Mountains and the Appalachians. Everything we put down the sink, the toilet, every drug we ingest, all the pesticides and fertilizers we put into the garden or onto crops, the antibiotics that go into the feed of the animals we raise for slaughter, their manure, it all ends in the Gulf.

Anger doesn’t help, especially an outsider’s anger. Who am I to judge? I, too, drive a car, heat my house in winter, cool my house in summer. Affluent, I buy into an organic CSA, drive a hybrid, recycle, pat myself on the back, knowing, even so, I as fully complicit in the causes and consequences as any other consumer.

Louisiana is beautiful—its coast a startling, fertile realm of bottomland forests ceding ground to prairie, to marsh, to la prairie tremblant, flotant marsh in which the tall rushes and grass make the wet appear solid at first glance—and it is vanishing. Its children poorly educated, it poor barely noticed let alone supported toward productive, healthy lives. The coast erodes, and chemical companies pour their refuse accidentally and illicitly into the water supply. Texas Brine has created a sinkhole on Bayou Corne so large it has swallowed a community and is still growing. The folks whose homes fall within the “safety zone” of the innumerable chemical plants hope for the best, expect nothing good. The community of Reveilleville had to be relocated and its buildings demolished after a vinyl chloride accident in the 1980’s. In the 1990’s the Mossville community, suffering unprecedented disease, the groundwater even now still threatened by liquid toxic leachate, and the area imperiled by contaminated fish, vegetables, and fruit, fought for and finally received relocation away from the PVC plants surrounding it. In 2003 yet another toxic plume of vinyl chloride forced the relocation of a community near Plaquemine, a crisis discovered when miscarriages there become epidemic.[1]  —The narrative quickly becomes numbing. 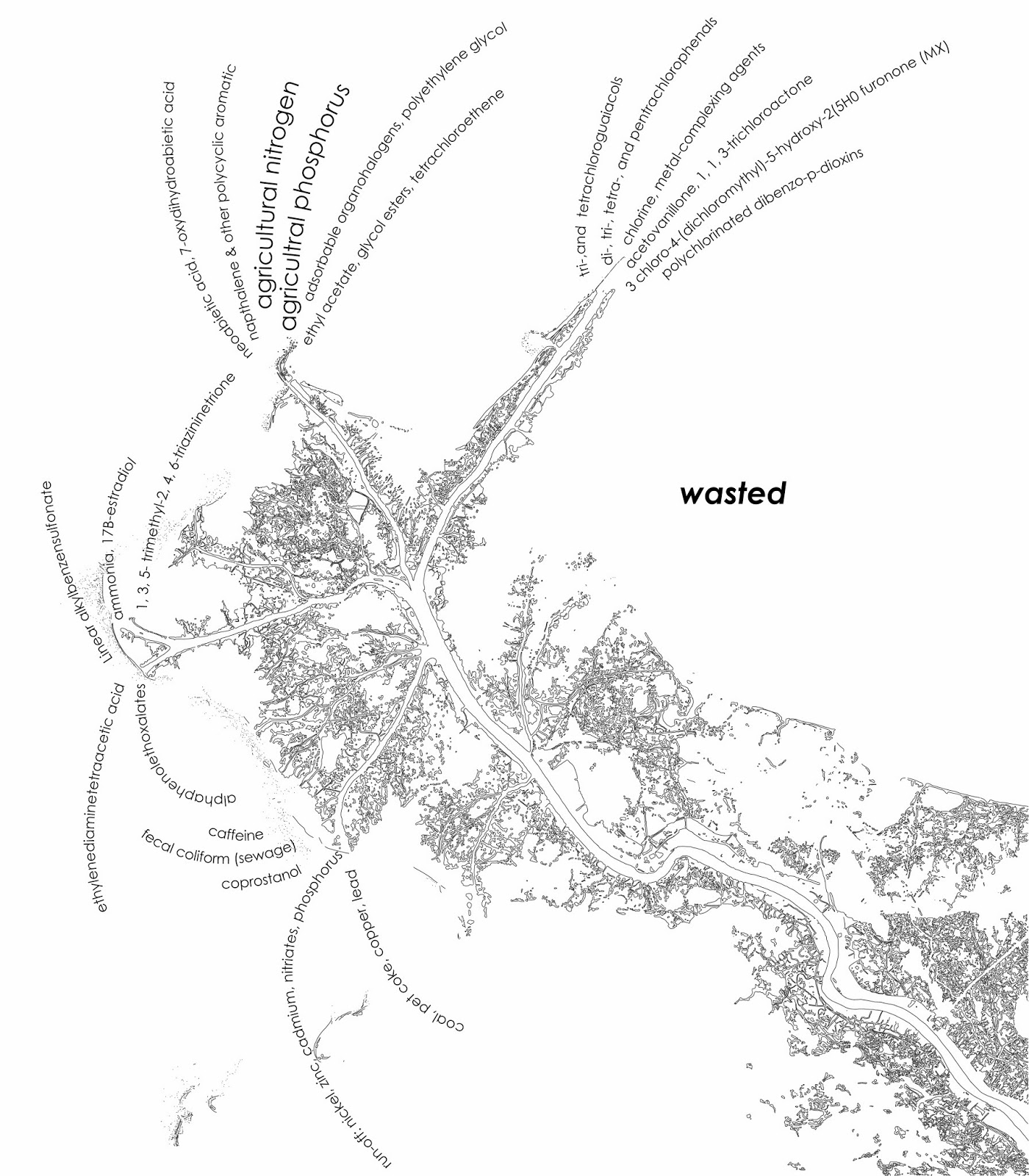 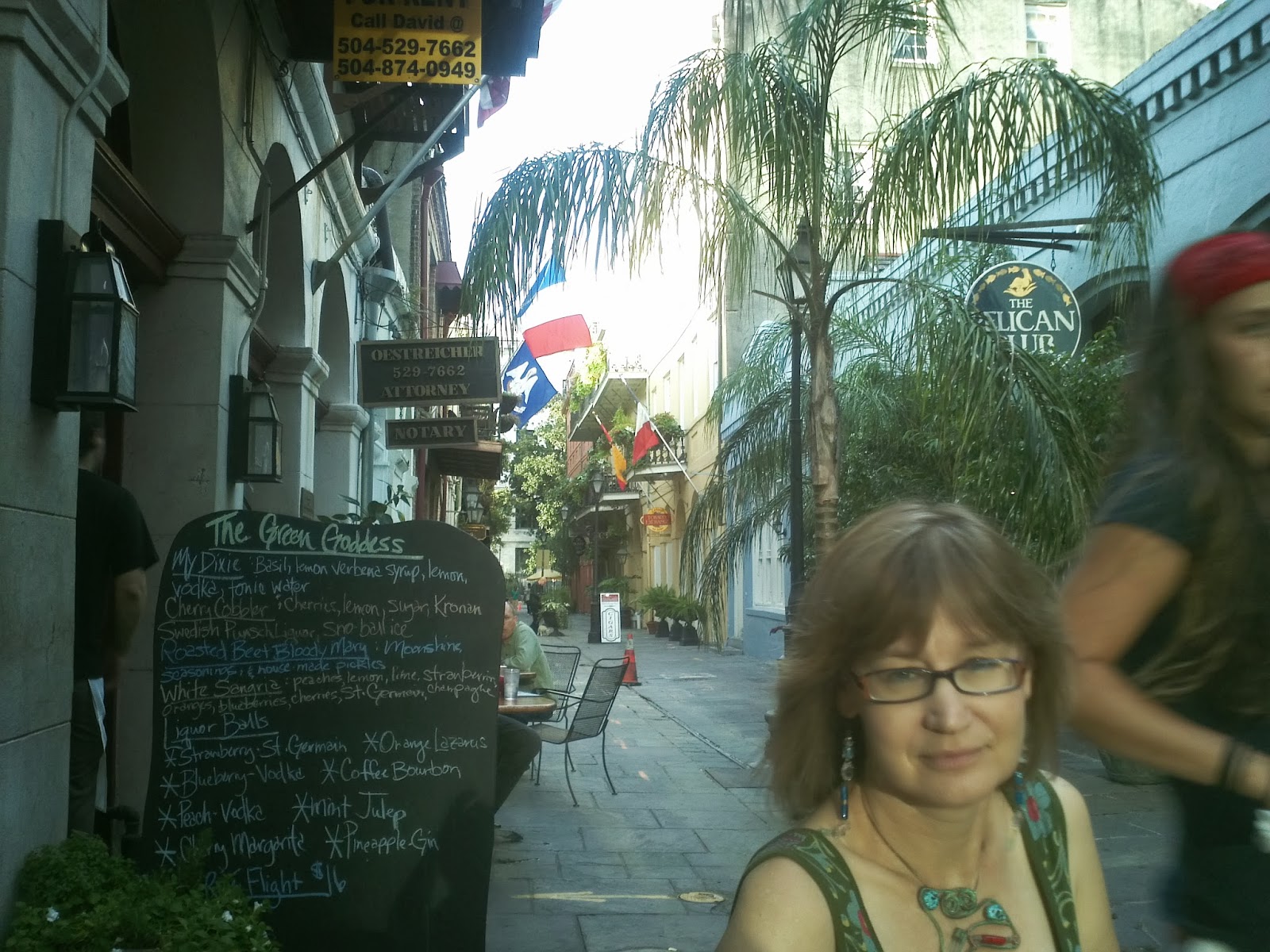 Marthe Reed is the author of four books: Pleth, a collaboration with j hastain (Unlikely Books 2013), (em)bodied bliss (Moria Books 2013), Gaze (Black Radish Books 2010) and Tender Box, A Wunderkammer  (Lavender Ink 2007). A fifth book of poems will be published by Lavender Ink (2014). She has also published six chapbooks (Dusie Kollektiv, above / ground press, and Shirt Pocket Press). Her collaborative chapbook thrown, text by j hastain with Reed's collages, won the 2013 Smoking Glue Gun contest and will appear in 2014. An essay on Claudia Rankine’s The Provenance of Beauty: A South Bronx Travelogue appears in American Letters and Commentary.  She is Co-Publisher of Black Radish Books.

Email ThisBlogThis!Share to TwitterShare to FacebookShare to Pinterest
Labels: Marthe Reed, On writing

Beautiful and heart wrenching. I miss you. Ava instead of Afton!

Haha, Ava. You can say that for me too. This piece is wonderful, Marthe, and it's no easy feat to pull it off as you've done. [the real Afton]